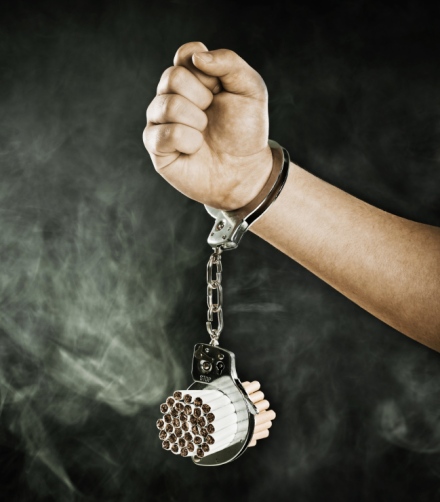 In the near future, predicted lung diseases caused by smoking to become the third leading cause of death in the world. Studies show that about 14 percent of the northern Swedish population over 45 has COPD, and the health economic costs to society for the care of patients with COPD is estimated at about nine billion per year. COPD is now an underdiagnosed disease. That health care workers so that more can be diagnosed at an early stage and get started with smoking cessation is important.


The scientific article in which the study of smokers with COPD presented is based on a master's thesis by Britt-Marie Eklund and Siv Nilsson and LTU researchers Linnea Hedman and Inger Lindberg. The basis of the study are interviews with ten smokers with moderate symptoms of COPD. Interviewees participating in the OLIN study, a major research focus on asthma, allergies, chronic bronchitis and COPD that has been ongoing in Norrbotten since 1985.


- Awareness and knowledge of COPD was high among the participants in the study. The fact that a relatively large proportion still continue to smoke are often about themselves not taken an active decision without seeing a lot of obstacles to be overcome before it is ready to take the decision, says Linnea Hedman


Among the obstacles often mentioned are that smoking is a lifestyle and a habit that is difficult to break. The cigarette is a reward, a best friend or consolation. Feelings of pleasure, tranquility and lack of time are common explanations for not quitting smoking. Pressure from family and friends that make you feel run over, or feelings of alienation and that "it is my own fault," can also give reactions that prevent the COPD-patients to stop smoking.


- Staff working with smoking cessation makes great efforts to reduce smoking. Participants in the study has, however, a need for increased sensitivity to the difficulties in their lives that was perceived as barriers to smoking cessation. By also taking into account these could provide a more tailored support.

Proposed measures that would make more COPD patients to stop smoking is to find practices in health care to help the patient when the disease is at an early stage and to create the conditions to support longterm programs  after the smoking cessation program is completed. It is also important to inform young people of the effects of smoking abd COPD: