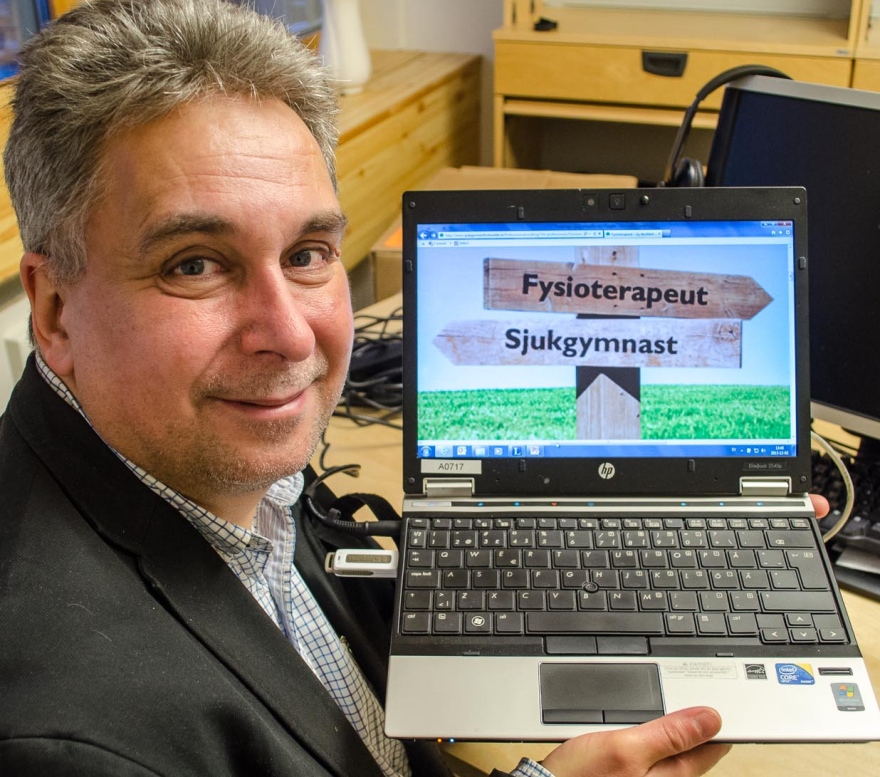 Already before Christmas can the name change have effect. The physiotherapist students who complete their education then can be the first to be examined as physiotherapists.

The reason for the name change is partly an adaptation to international conditions, and that the word physiotherapy is obsolete.

-It's a beautiful word, but also an old word that signals gymnastics for the sick. It does not capture what we are doing today, says Lars Nyberg.

-Physiotherapy, I am trying to get used to use that word, today is a therapeutic approach that deals with the human body and movement. It includes both what traditionally is associated with physical therapy but also has elements of, for example, ergonomics and health promotion, he says.

The new concepts of physiotherapy and physical therapy will be used in parallel with the "sjukgymnast" and "sjukgymnastik" for a long time.

In the education system the change of name involves a major administrative challenge. Name of educational programs, courses and diplomas for example, must be changed.

-Here at the university we will possibly have to put in extra resources to deal with the issue, we have signaled the need, says Lars Nyberg.

Fact: 200 years ago physiotherapy was created

Per Henrik Ling usually is called the father of physiotherapy. 200 years ago, in 1813, he created the Royal Gymnastic Central Institute (GCI) and began teaching in the so-called medikal gymnastics.

In Norrbotten, physical therapists has been educated for 30 years since the first training starade by Health University of Constance in 1983.

Research in physical therapy in Boden and later at Luleå University has since resulted in the publication of more than a hundred articles in international magazines of science.

The number of citations in international journals are approaching a thousand.