The visit is a step in the reconstruction of Iraq that will lead to around 10,000 Iraqi graduate students to study at the best universities in the world. It was a mission with a broad interest that visited Luleå University of Technology in the week. Visit the group consisted of people from UNESCO, key personnel from various departments at Mustasiriya University, and principal Raheem Tahir Mahdi.
- We want to send over our staff and students to enable them to get a higher education. We also want to be able to do joint projects where some of the work is done here in Luleå.

They were particularly interested in getting an insight in The Department of Health Sciences research in pharmacy. Professor Sitaram Velaga showed visitors around the labenvironments and told them about the institution and his research in pharmacy.
- We have an established research, so there is plenty of opportunites to create a partnership between HLV and universities in Iraq, says Sitaram Velaga.

During the visit, a cooperation agreement was written between the two universities.

It is Professor Nadhir Al-Ansari, researchers in engineering and eminent scholars from Iraq, who created the link between the LTU and the university in Iraq. 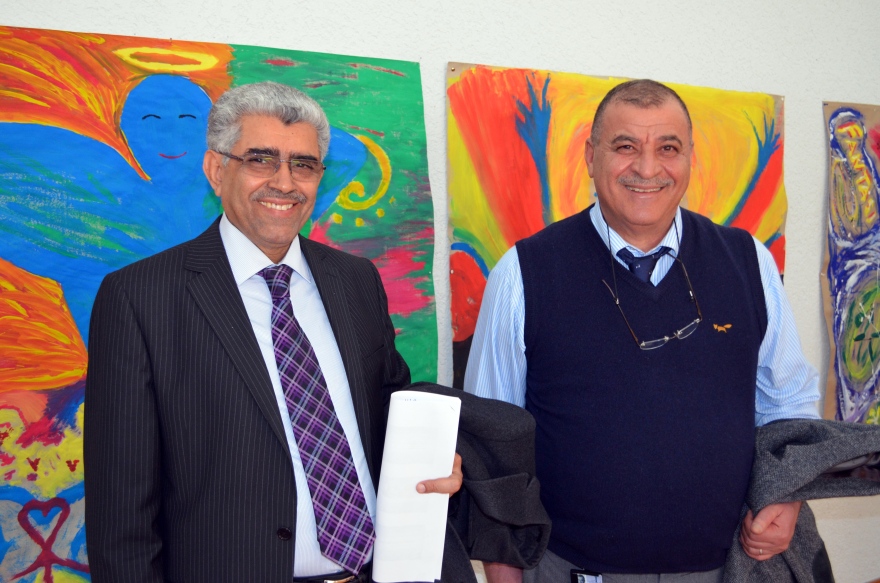