Students in Nursing education in Sweden, Norway, Denmark and Finland participated in the course. 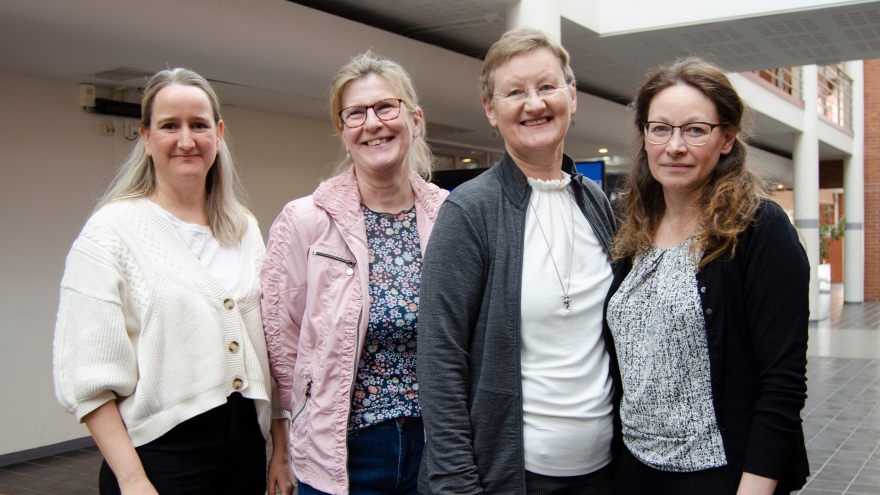 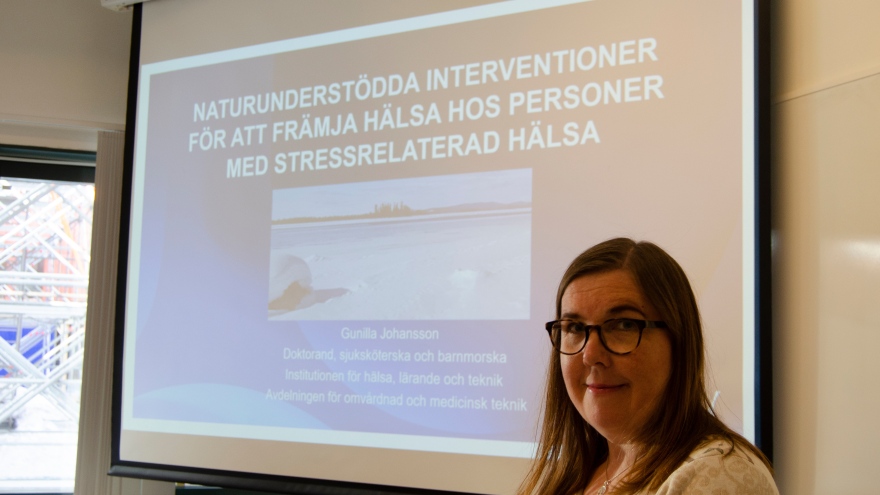 Anne-Grete Knudsen, from Danmark and Mette Arnestad, from Norway. Students from the nursing and specialist nursing programs can for example apply to do part of their internship education, VFU, in the different countries.

For a week, students and teachers from Sweden, Norway, Denmark and Finland met to take part in lectures and carry out group work on the theme of mental health / ill health
"As part of our international work, we have applied for, and received funding from Nordplus, to complete the intensive course", says Päivi Juuso, coordinator of the Nordic network for nursing and specialist nursing programs at Luleå University of Technology.

The course had a total of 16 participants, of which 11 were nursing students, four were teachers and Päivi Juuso who was responsible for the event.
Among other things, they got to take part in lectures by Catrine Kostenius, professor of health sciences at Luleå University of Technology, who told about a research project where an app, ChatPal, has been developed, with a chat function aimed at promoting mental well-being among young people.

Nadja Ståhl, a licensed nurse, also participated as a lecturer. She is an ambassador for the ChatPal app.
Gunilla Johansson, doctoral student in nursing, lectured on the importance of nature-based, health-promoting activities among people with stress-related ill health, which she is researching in the project Nordic NaBS, New Nordic Nature Based Service Models.

Workshops was also included in the intensive course, where students compared the prevalence of mental illness among young people in the different countries.
​It turned out that there are a lot of similarities in Sweden, Norway, Denmark and Finland. However, one of the differences they saw was that Finland has the highest number of suicides among men.

" It is also interesting that in general it is the case that boys seek help less often than girls", says Luljeta Gashi, Sweden and Anne Holst Andersen, Denmark.
They thought it was fun to meet this way.
"And it is an interesting and current topic that we are discussing", they say.

The teachers were also satisfied.
"The students are extremely committed, say university lecturers Anne-Grete Knudsen, from Denmark and Mette Arnestad, from Norway.

Päivi Juuso thinks it has been a very interesting week.
"The students have in an exemplary way taken on the tasks in the course, which began before the intensive week, when they learned what the mental health situation among young people looks like in their own country, and during this week work in groups and learn from each other, in accordance with the objectives of the course".