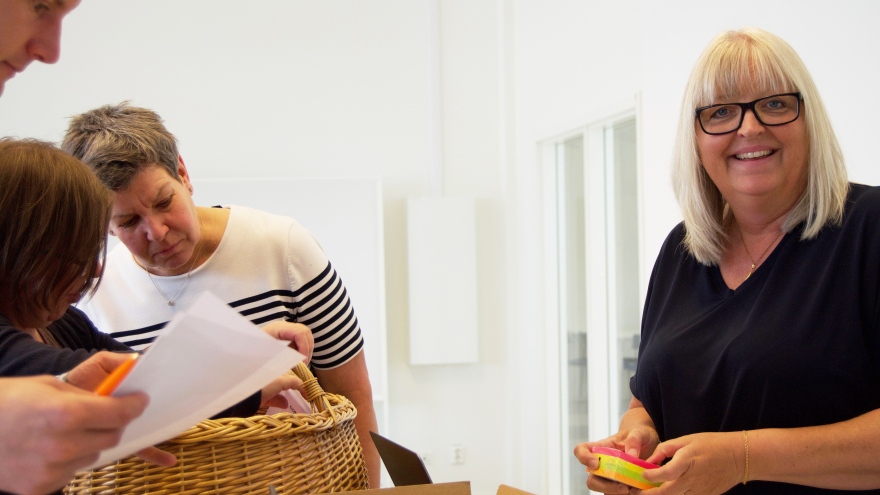 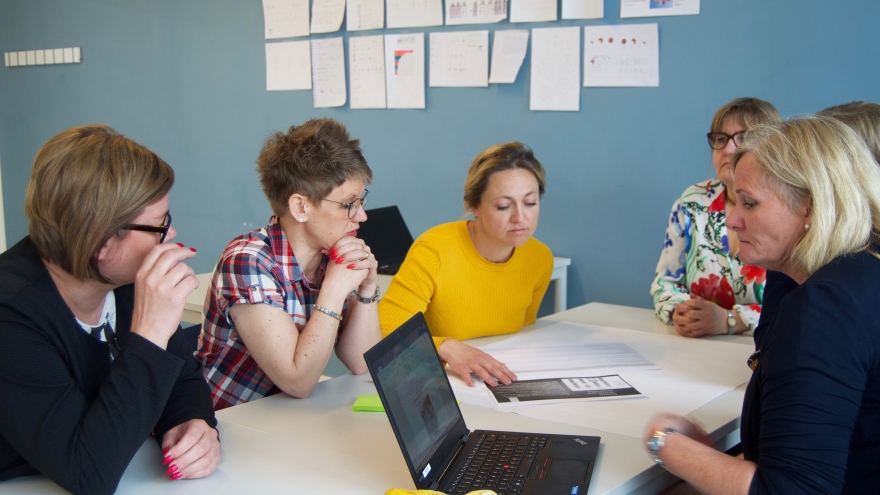 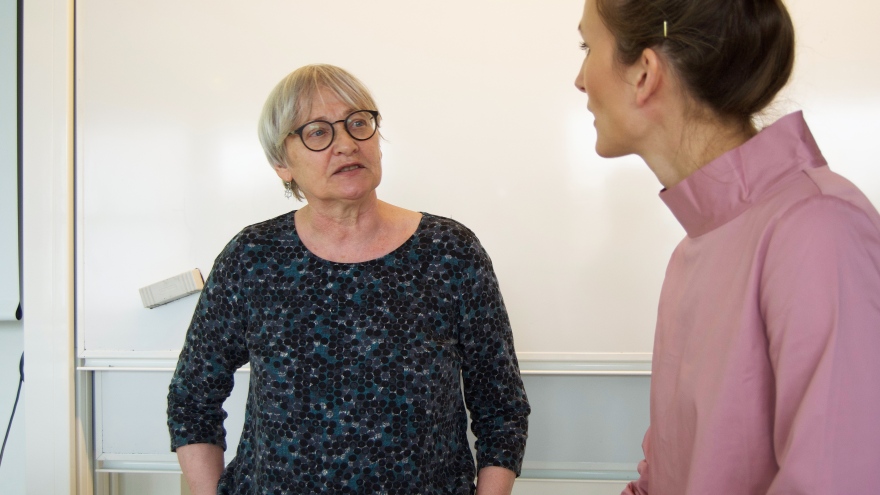 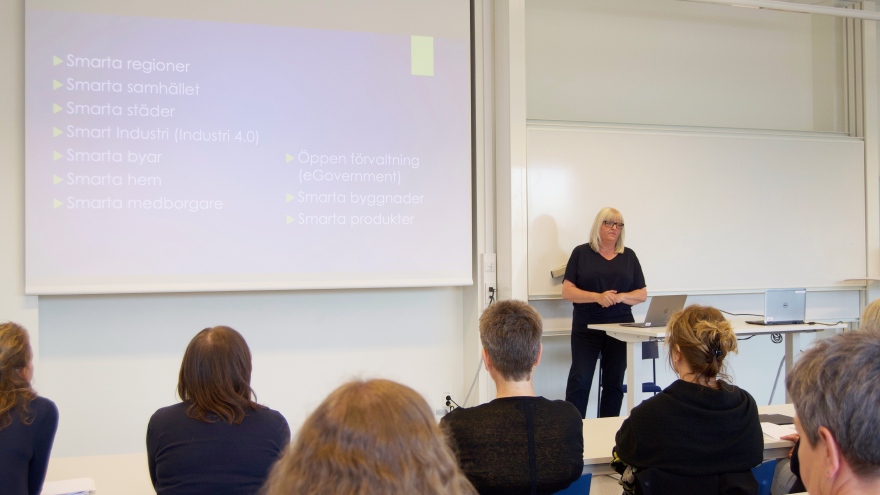 There were around 35 people, researchers and research students, who had applied for the Research day which included both lectures and workshops.

Anna Ståhlbröst talked about how children grow up with digital tools as babies today.

She showed classic pictures of today on how we hang out. The children on the couch staring at each phone, adults at dinner who also look in their phones.

At the same time, 1.5 million people in Sweden do not use the Internet, or very little. Every third pensioner doesn't connect daily.

– It leads to feeling outside the digital society. It's often about women, people with low household income and those living in the countryside, says Anna Ståhlbröst.

Digitization has meant that there is an expectation that we should always be reachable and answer, even if it concerns the work.

After the lecture, the participants were given the task of examining in groups how the digital flow in a remote examination looks from the perspective of a student, teacher, an invigilator or someone else.

After lunch it was time for Christina Mörtberg, professor emerita from Linnaeus University. She spoke about gender and gender perspective in the different stages of the research process.

Among other things, she went through the development of gender research in Sweden. She also addressed the gender perspective in healthcare science and also showed how it can be highlighted in applications for research funding.

– But at the same time, one must be careful when categorizing and questioning the design of the research. One risk may be that you do not capture the similarities that exist between men and women.

Today there is another categorizations to take into account the gender, depending on how different people define themselves, for example transperson or non-binary, Christina Mörtberg stated.

Even after her lecture it was time for a workshop, this time it was about looking at each ones research from a six / gender perspective with different issues.