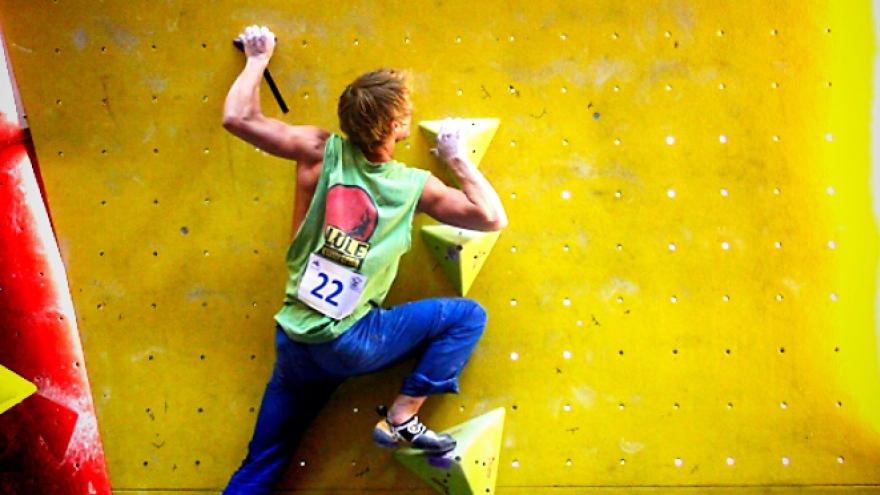 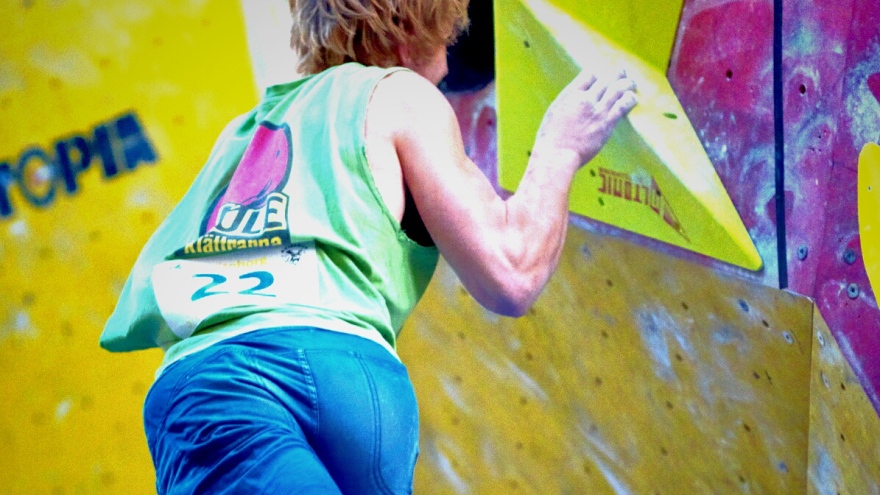 – I did not preform at the top of the finals, but it was incredibly fun to reach a second place, says Kristoffer Lindbäck.

Bouldering means climbing up to four meters without rope and where thick mattresses relieve falls. The course, or the problem as it is called, should be a physical and intellectual challenge to be completed in four minutes and can contain various problems ranging from vertical to steeply overhanging climbing. Bouldering requires great demands on problem solving and body control, but also imagination to figure out which is the best way to climb to the top.

The competition at the Swedish Championships contained four problems in which the contestant got four minutes to handle each boulder and keep a controlled top handle for most problems with least number of attempts.

– Climbing as sport grows explosively and the number of climbing events in Sweden has increased from 2004 to 2012 by a total of 265 percent, a figure that is even higher today as climbing has qualified for OS 2020 in Tokyo, says Kristoffer Lindbäck.

Prior to a contest, he trains by working out own problems that he will solve within four minutes, but also focuses on strength training, finger training, flexibility, coordination and endurance. Last year he took bronze in the same competition and has also competed in climbing with the Swedish national team.
– The goal for next year is to win gold and become a good climber as possible, but of course the Olympics is in the back of my head.

Kristoffer Lindbäck study the third semester at the physiotherapist programme at Luleå University of Technology and some days there are only climbing, school and food apply on the schedule.

– What attracted me to the education was the opportunity to help people and learn more about the body and exercise. The education is very interesting and I have been able to use the knowledge in my workout. If I am injuries or see signs indicating that I am about to "crash" I evaluate my own exercise to see what I'm doing that causes the problem.

The funniest with the education, Kristoffer Lindbäck thinks the best thing with the programme is to meet patients and recently the students met a patient with Parkinson's disease.

– It was very interesting and there is so much to learn in the profession. In the future, I plan to specialize in climbing and climbing injuries as it is a fast-growing sport and there will be a need for physiotherapists who are aware of climbing.

Read more about the Physiotherapist programme