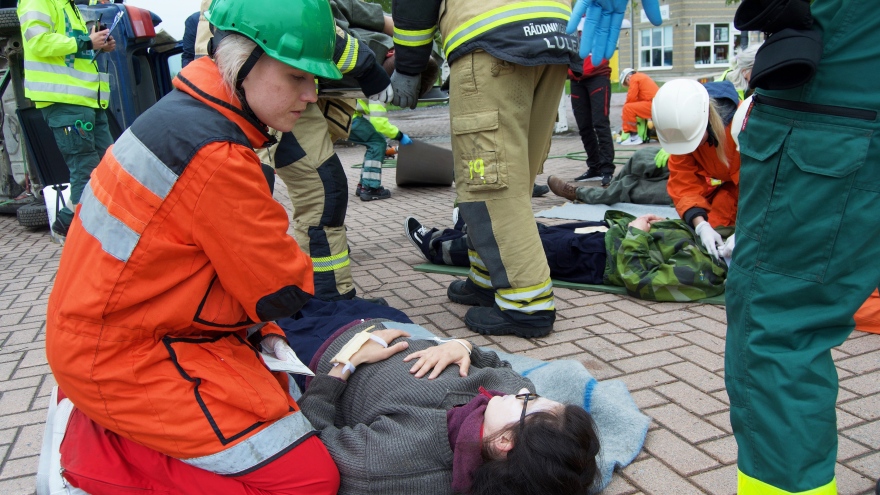 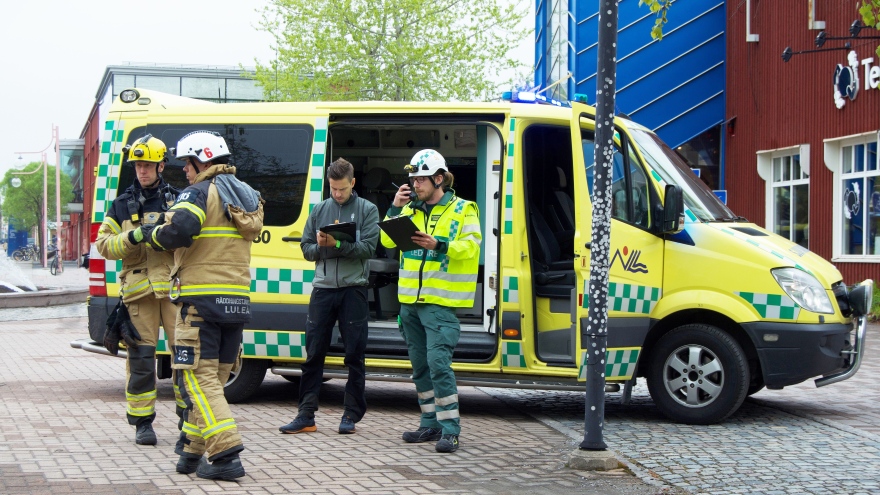 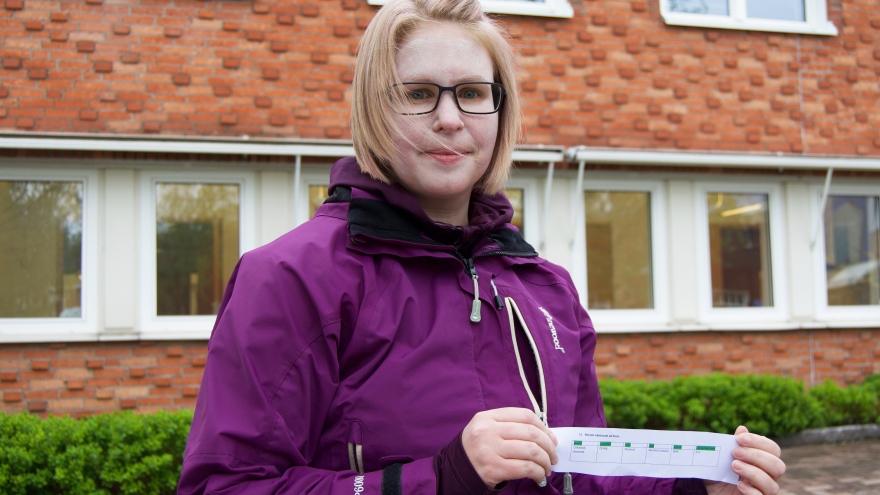 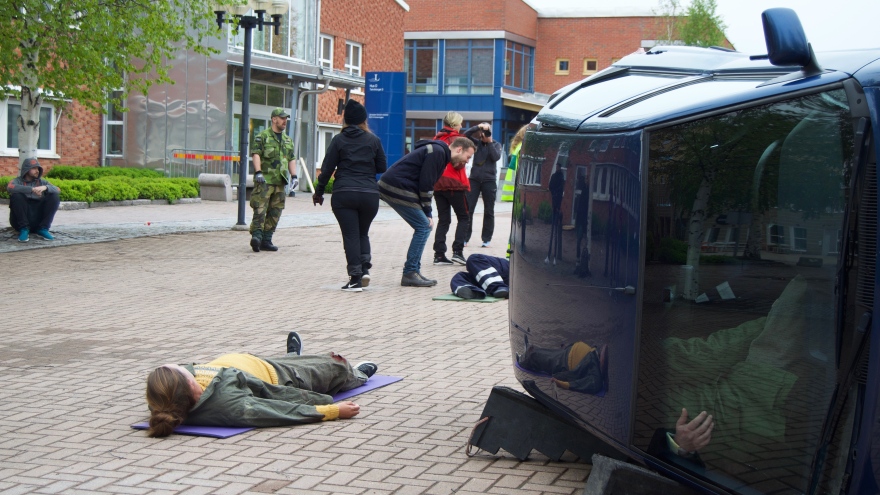 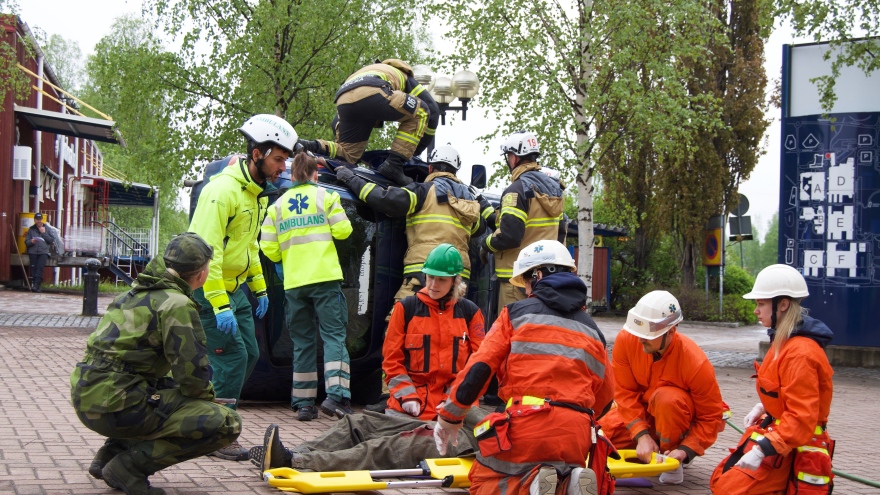 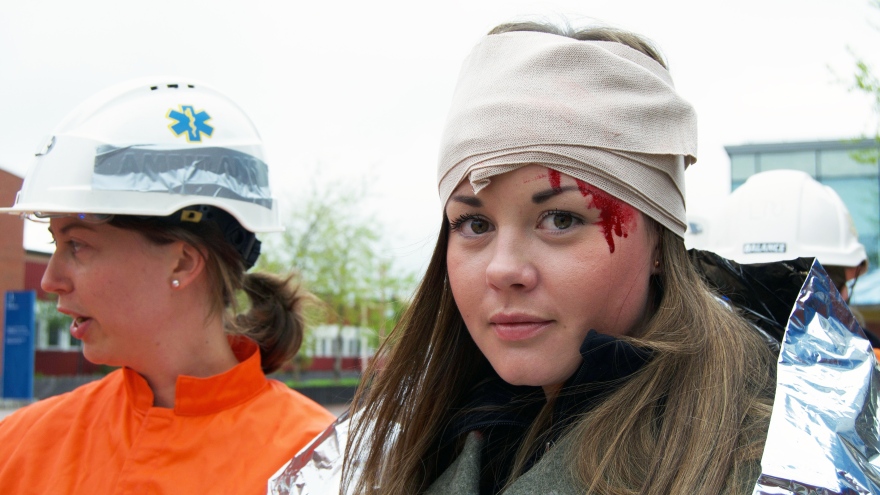 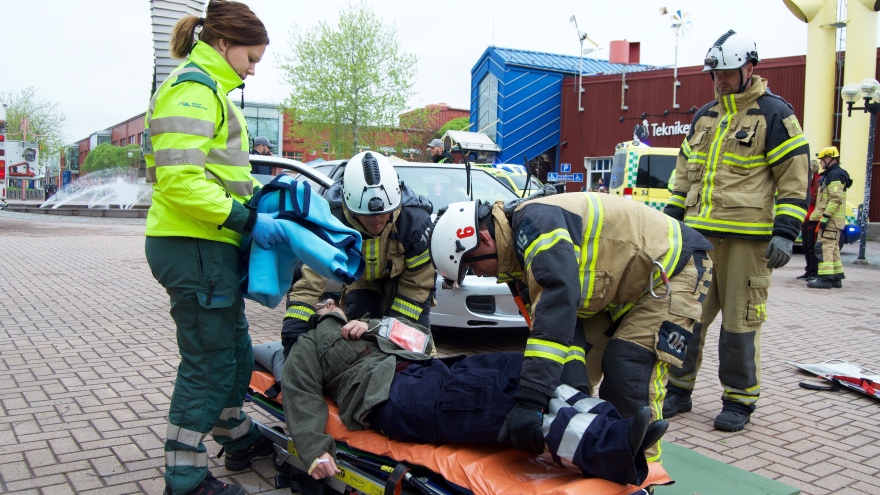 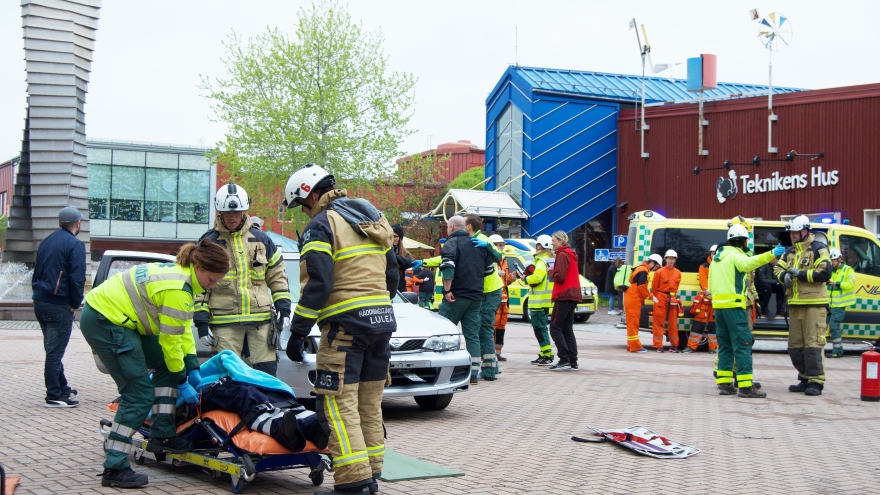 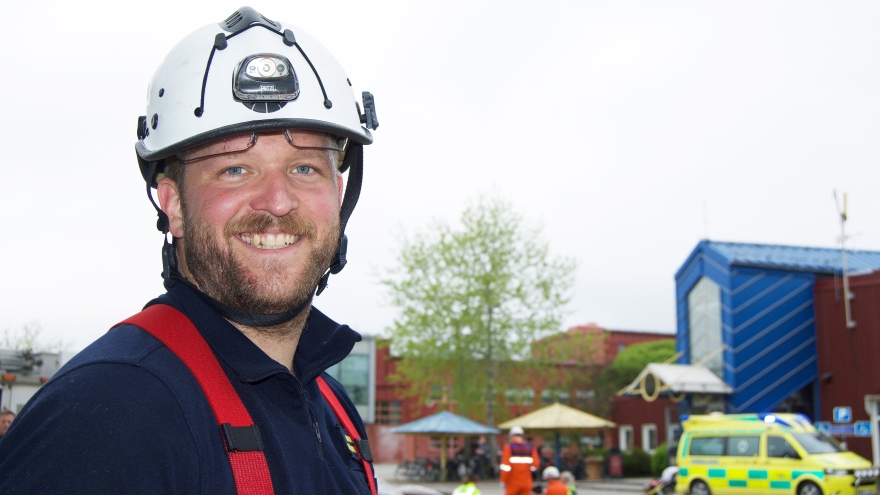 The students have received different roles. Many are injured, difficult or mild. Others are okey, but are shocked. Some of them stand or sit nearby. A person is lying on the ground and chirping while someone else seems to be unconscious. The blood flows from the forehead, someone has a deep cut in an arm.

Three ambulances arrive at the site and soon the emergency services will also come with a car.

– Now they create an overview of where it is damaged, says Åsa Engström, examiner, and points to groups of staff from the ambulances who are walking around the area.

At one of the ambulances, one of the students is acting as a healthcare manager with a walkie talkie in his hand. At the same time, some people with blocks in the hand are seeing and clocking what is happening at the scene of the accident.

– This is done in collaboration with the Fire Brigade, says Åsa Engström.

– It is good that they can feel how it can be to lie on the cold asphalt after an accident, says Åsa Engström and points to one of the students who got the role of unconscious after the accident.

Fireman Björn Forsberg and his colleagues have in the meantime cut loose the roof of one of the cars in order to get out one of the injured.

The exercise is part of an intensive examination week for the specialist nurses.

– We combine practice and theory. This will be a test, the students will be able to act, prioritize and choose in such a situation. Tomorrow they will present and oppose master's theses, says Åsa Engström.