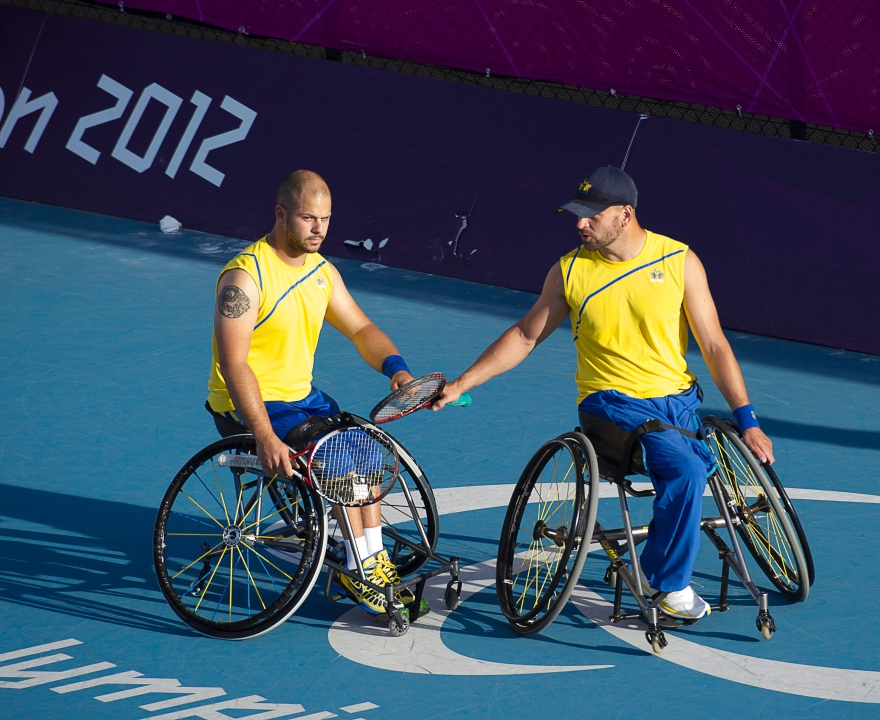 It was on Friday, September 7, that Peter Vikström, won together with Stefan Olsson won gold in wheelchair tennis when they outclassed the French couple. On the physical therapy program at Luleå University where Peter Vikström completed his physiotherapy degree this year, many wanted to congratulate.

- We are very proud and happy. And we congratulate Peter Vikström on an incredible effort in the Paralympics, says Jenny Röding, education leader on the program Physiotherapist.

Peter Vikström has previously a silver medal from Beijing in 2008, and he now played, according to Radiosporten, shining with Stefan Olsson in doubles final in wheelchair tennis and defeated Frenchmen Frederic Cattaneo / Nicolas Peifer 6-1, 6-2 in just one hour.

- I was really nervous when I came in on the track. But then everything sat as it would. The interaction between us has worked flawlessly all week, and even today. It is cruel, said Peter Vikström to Radiosporten after winning the game.