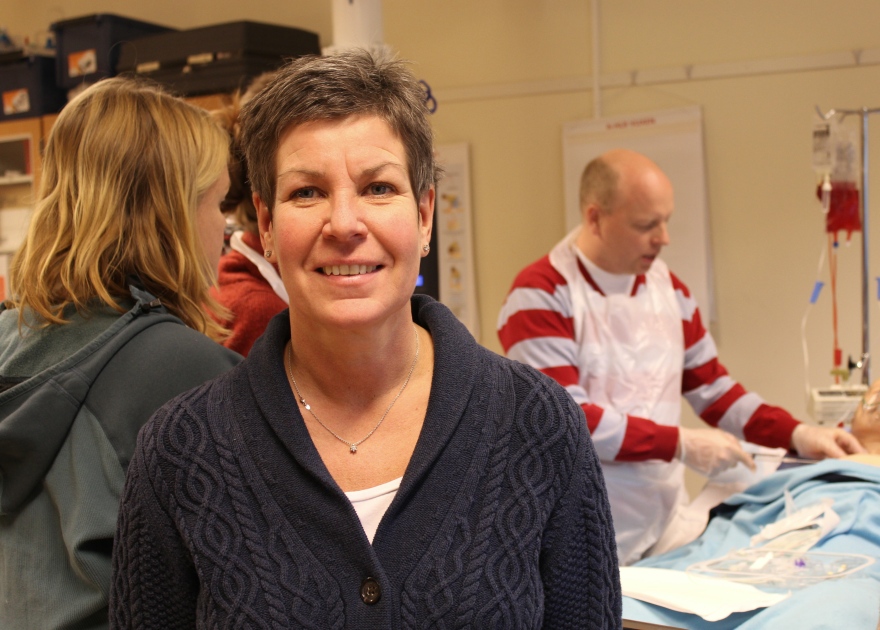 The study of this group of heart patients is on the Master level in the subject of nursing and is made of Ulrica Strömbäck, Lecturer in Division of medical Sciences  at Luleå University of Technology.

On Wednesday, she has a lecture on the subject for public organized by Luleå University of Technology. The patients Ulrica Strömbäck studied has had two heart attacks.

- Few studies in Sweden are made on patients with two heart attacks. I got the idea and access to data by Dan Lundblad responsible for MONICA registret. Vi wanted to start with seeing if patients' behavior, when it comes to medical attention changed for the second time they had a heart attack. If they searched faster care for the other heart attack? They did so, says Ulrica Strömbäck.

In MONICA registry that exists within counties of Norrbotten and Västerbotten, all patients in the two counties with heart attacks since 1985, are registrated.

In this study of cardiac patients with two heart attack, it showed that the percentage of people who sought medical care within two hours of symptoms increased from about 40 percent at the first heart attack to about 47 percent in the second heart attack. This could be due to the patient's previous experience of the disease and to a better understanding of the symptoms and the importance of prompt treatment.

Hopefully, the study of these heart attack patients could continue as reserach.

- It would be interesting to meet the people behind the statistics, for studying how often this group of heart patients felt anxiety between first and second heart attack, how often they visited a hospital and for what, and how they changed their lifestyles, says Ulrica Strömbäck.