- The ambulance nurses want to know what happened to the patient, but also get confirmation about if the intervention they did was correct. Now they can only guess, says Åsa Engström, Associate Professor in Nursing at the Department of Health Science, Luleå University of Technology.

Going out on an alarm that is about a person with cardiac arrest, means that an ambulance nurse might receive information about that a person is lifeless, not breathing and has no pulse. Every minute is important for patient survival. Cardiac arrest means that the heart stopped beating, it does not pump blood.


- The person is in the boundary between life and death, says Åsa Engström.

Often this alarm about cardiac arrest for ambulance, staff has to go directly to someone's home. There the ambulance nurses meet not only the patient but also family members, who may have tried long life support CPR. Ambulance nurses take over, with relatives close up. This is a situation they are faced with on a regular basis if they worked for a while as an ambulance nurse.

Maybe someone has finally decided the life-saving measures are repealed, it was not possible to save the patient. Maybe they manage to revive the patient in place, or in the ambulance on the way to the hospital, but what happened then, did the person reallysurvive?


When the ambulance nurses have left over a cardiac arrest patient to the staff in the emergency room at the hospital, they are not always able to get more information about the patient. The survey carried out at Luleå University of Technology shows that ambulance nurses want more feedback, not least in order to analyze their own medical and treatment measures. 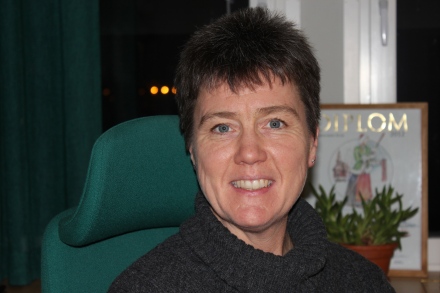 - Sure, it's a balance between the privacy of the victims and the need for feedback from the personnel. But for almost all people, it is important to have a context of severe events. Did the patient survive? What did the relatives experience? Today, many of the ambulance nurses only guess. It should be possible, for the ambulance nurses involved in the care around a cardiac arrest patient, to get to know how it went, says Åsa Engström.

In Norrbotten, there is now an opportunity for ambulance nurses to note that they wish to receive follow up, ambulance physician will then provide a written response.

The study will be published in 2013 in the International Journal of Nursing Practice.