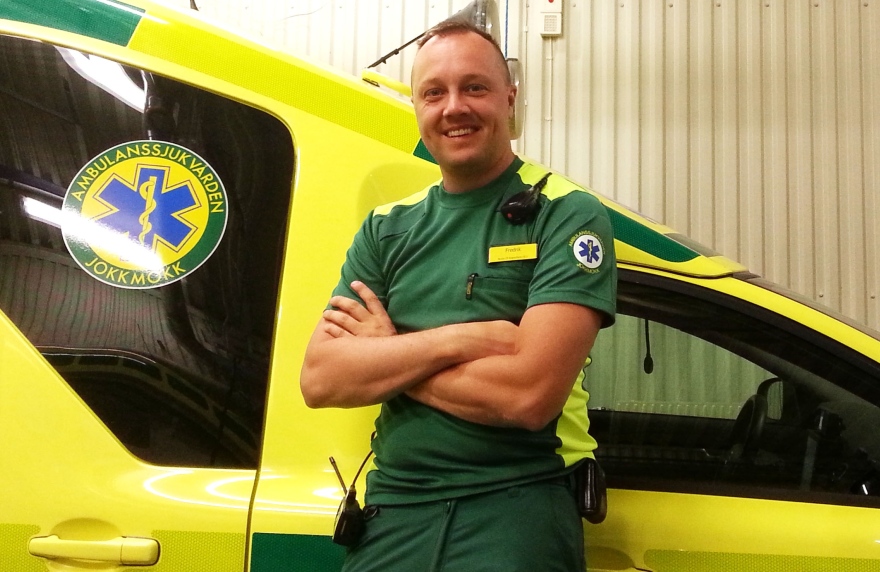 Fredrik Andersson has trained as a specialist nurse in several directions at LTU.

He received the award for his collaboration with colleagues taking exactly the right action quickly and accurately in connection with a child seriously injured.
It was the doctors at Karolinska Institute that highlighted the measures taken which probably saved the life of the child.
Fredrik Andersson studied to specialist nurse in anesthesia at Luleå University 2002/2203 and then worked as a nurse anesthetist in four years. He studied in 2006/2007 to specialist nurse, specializing in intensive care, also that at Luleå University of Technology.
He has worked as an ambulance nurse in Luleå, Boden and Jokkmokk. He has also worked for the swedish army in Arvidsjaur and has had overseas service.
He is very supportive of the studies at Luleå University of Technology.
-I learned to see the big picture and understand what has happened to the patient and the needs for emergencycare. But I learned also to see the need for continued care.
The actions he took at the current caseepisode were moments that were included in the specialized training, such as putting intraossios needles, do a quick assessment and fix those.
Fredrik stresses that he was one of the team and that it was they together that did the major effort.
He also points out how important it is to feel secure with colleagues.