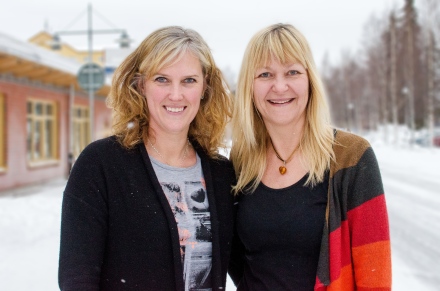 All schools in Sweden are covered by the same curriculum . In the U.S. , schools have considerable freedom to organize training and in India there is a kind of national framework that governs the school's work .

- All three countries are considered to be democracies but our studies show that there are differences both in the degree of control of how the school is working to raise participating citizens and in the interpretation of the concept of citizenship , says LTU researchers Catrine Kostenius and Ulrika Bergmark conducting studies in cooperation with colleagues from India and the U.S.

Segregation and injustice in Indian society leaves its mark on the contents of the Indian policy documents . The emphasis is on human rights , and specifically on children's rights as expressed in the UNCRC . In the United States , not unexpectedly , the individual / citizen's freedom is important. The U.S. is one of three nations in the world that has not adopted the CRC , referring to that it takes over state legislation . The Swedish policy documents stress the importance of students learning to think critically. In the U.S. focus is on developing an investigative approach in school, " inquiry " , while Indian schoolchildren learn that democracy is largely a question of social justice and equality.

- An interesting reaction from our colleagues in the United States is that they are surprised that the Swedish policy document expresses so strong values ​​, say the researchers who argue that knowledge of different cultures' interpretation of concepts such as democracy and citizenship are important in a global society , partly to raise awareness about diversity as a resource.