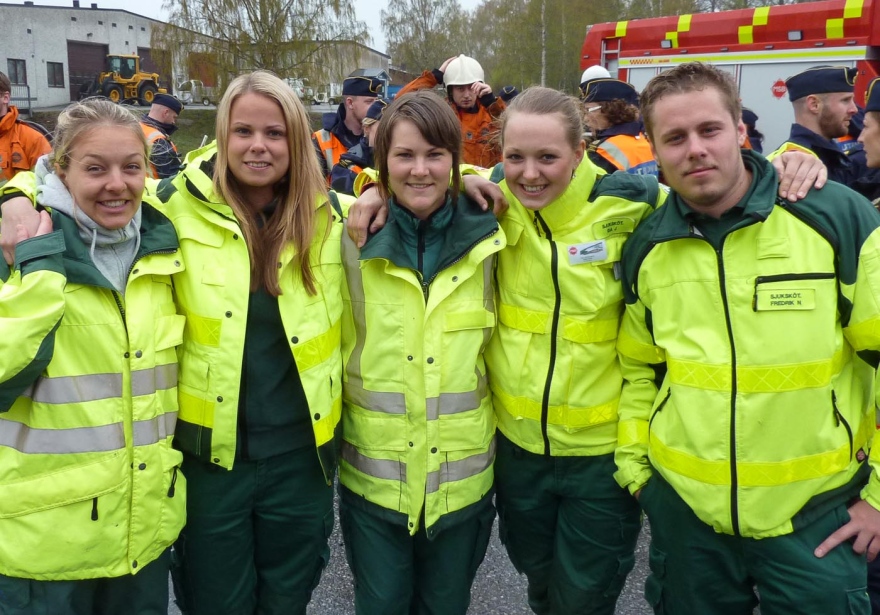 Only students participated in the exercises. Thus, there were no preconceived notions about how the collaboration would go to.

That the exercises were so good was because only students participated, consider Frederick, who is studying to be a specialist nurse, emergency medical services.

– Then there are no standards and predetermined ideas about how things should be done. There will be no rivalry between professional groups, and you work for the guidelines Emergency Medical Institute in Linköping drafted because they are the only ones you know, he says.

Advantage if the guidelines were followed

Routines that have evolved locally for collaboration between emergency services, police and health care can work well.

Fire in the building was a scenario that was practiced by the students. Photo: Christer Kågström

But Fredrik think it would be beneficial if everyone followed the national guidelines.

– If something happens that requires effort with staff from different parts of the country, it is good if everyone works in the same way, he says.

The exercises in Sandö were held during three days.

Several scenarios were practiced. One was about a collapse in a building, a disco, with multiple injuries, and aggressive threats against police.

- It was probably the hardest exercise, it was hard to act professional when you do not come to the patients until the cops got away those who were haughty and threw cans and objects, says Fredrik.

FACTS: At Sandö outside Kramfors is conducted both training and exercise activities related to emergencies and disasters, mostly ones that are organized by the Swedish Civil Contingencies Agency (MSB).