Physical therapy for horses and dogs, for example for rehabilitation, are increasingly common. Inger Jacobson now hope that research in the field will grow.

Rehabilitation of dogs and horses with the help of physical therapy is a relatively new element in animal care. 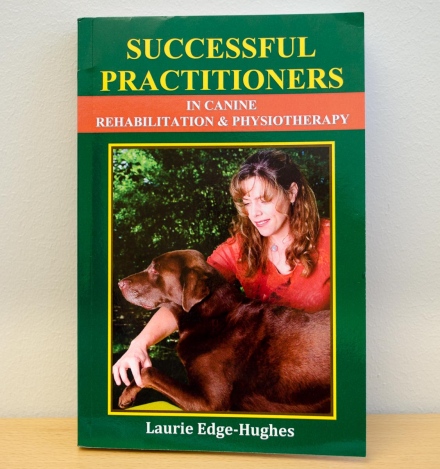 The newly published book gives a picture of the development of the treatment of animals with methods of physiotherapy.

-It has only been around for about 20 years. In the early 1990s we were a few physiotherapists who had thoughts on how our professional knowledge could be applied to animals, says Inger Jacobson.

She had dogs, and was active in the working dog world. When she received a request to help with the massage of dogs at an animal hospital, she agreed.

-That was how it started, says Inger Jacobson.

The partnership grew as she was able to show that methods of physical therapy, such as acupuncture, could be successfully used on animals.

-The vets got to see that we were able to bring much more than massage, says Inger Jacobson.

Today, most of the country's animal hospitals and animal clinics, physiotherapists, or personnel applying methods from physical therapy, associated with it.

The emergence, in a global perspective, of the treatment of dogs with methods of physical therapy are described in a recent book, compiled by the landlady Laurie Edge-Hughes.

The title is Successful Practitioners in Canine Rehabilitation & Physiotherapy.

Inger Jacobson has written one of the book's 33 chapters.

Under her leadership, Luleå University held courses in acupuncture and orthopedic manual therapy (OMT) for physical therapists who want to treat animals.

-The courses in acupuncture are we alone in the world as far as I know, says Inger Jacobson.

She has for many years worked with the veterinary hospital in Vanhankaupunginlahti and with the rehabilitation of mainly dogs and with research.

Among other things she has done studies on rehabilitation of ACL surgery dogs and treatment with acupuncture for dogs with hip osteoarthritis.

The research is still in its infancy when it comes to physical therapy for animals. Inger Jacobson has many research ideas and are now trying to find funding for the employment of graduate students who do research in the field.

-That's how much you like to do, she said.