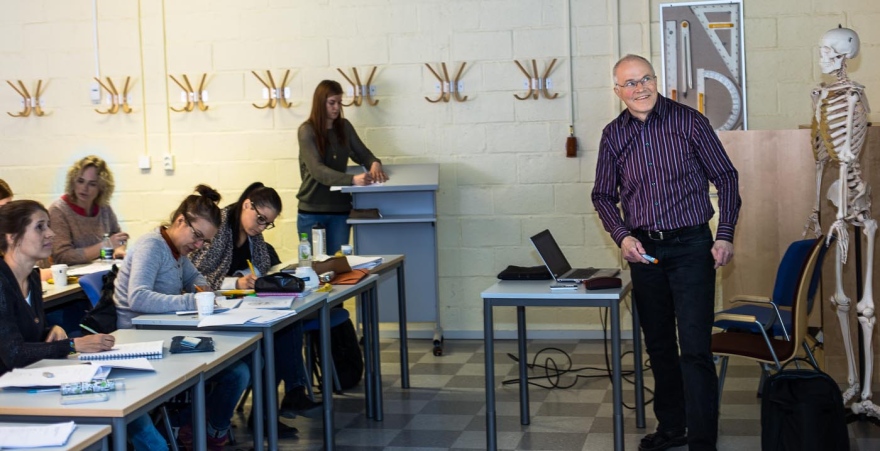 Rolf Lantto is a well-liked teacher. Here he teaches students in the occupational therapy program.

- We have taken out three we will interview further . One of them will be the Teacher 2014. We expect it to be ready before the end of April , says Melinda Rydell , vice chairman of Lulea student union.

Rolf Lantto had been nominated by three students.

- We thought that weighed heavily . Then Rolf is very good at teaching, he's very educational , he is always available , basically around the clock , said Melinda Rydell.

Rolf Lantto belongs to the Department of Medical Sciences and teaches in the occupational therapy program , nursing and physiotherapy program in basic anatomy , physiology and radiology .

Not the first time

It's not the first time Rolf is in the race for the award Teacher of the Year . Last year he was one of four candidates who went ahead in the nomination process .

Besides Rolf Lantto are two teachers at the School of Business Administration, Technology and Society nominated for Teacher of the Year 2014 , Tim Foster and Jens Nilsson, according to Melinda Rydell.

Teacher of the Year 2013 was Olle Hage, a lecturer at the Department of Economics , Technology and Society.