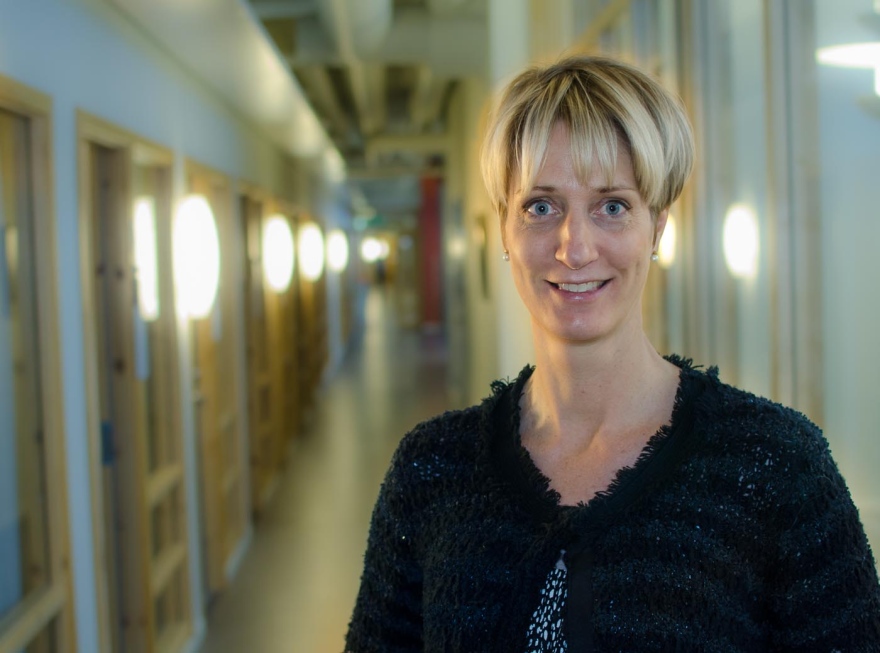 An hour of physical aktvititet a day is recommended for 15 year olds. Only eleven percent live up to the recommendation, says Anna-Karin Lindqvist, researcher and physical therapist.

Phones and computers are usually seen as the reason why young people do not take enough. These young people saw it instead as a vehicle to move more, says Anna-Karin Lindqvist, physiotherapist and researcher at the Department of Health.

About 25 young people participated in the research study that was carried out one month in late fall 2013. They followed an agreed program to move more. They were compared with an equivalent control group that did not change their food habits.

-During this month, decreased physical activity in the control group, probably because it was getting colder, there tends to be so. But those who participated in the experiment moved significantly more, although the increase was not so great, says Anna-Karin Lindqvist.

The young people who participated in the trial continued to move more than before, even after the trial period.

I have interviewed young people and their parents as a follow-up attempt. And it is clear that the young people started to move more, she says.

Almost fell off the chair

I almost fell off the chair, said the mother, says Anna-Karin Lindqvist.

The adolescents in the study were free to choose how they wanted to increase their physical activity. They were then divided into pairs and were tasked to support each other once a day with sms.

Young people would also everyday sending an SMS with details of how many yards they moved, was calculated using an advanced pedometer.

-The recommendation is that a 15 year old should move 60 minutes a day. But it's only eleven percent who can do it. So this is no small problem, says Anna-Karin Lindqvist.