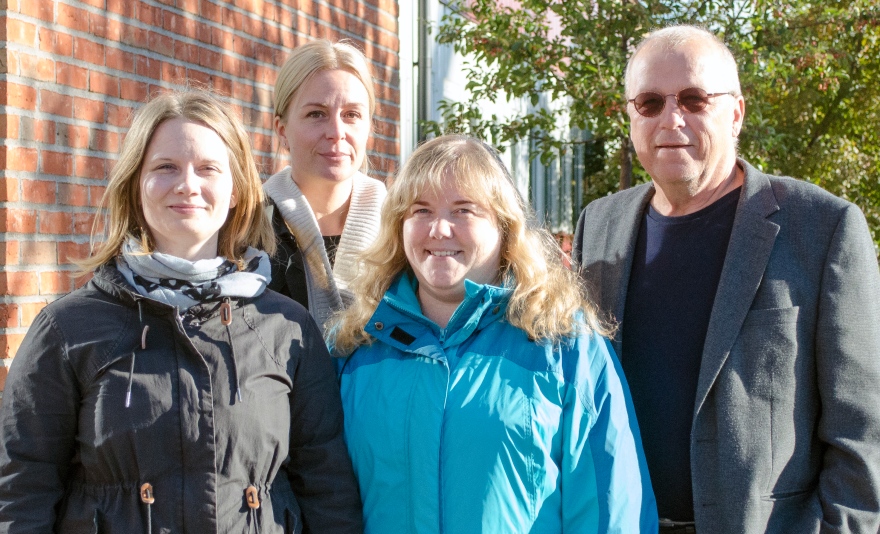 The research project is a continuation of an EU project in which researchers at the Department of Health and Department of Computer Engineering collaborate to evaluate if technology can be used to support people with behavioral and psychological symptoms in dementia, BPSD. With 2.7 million from the Healthcare Foundation takes the now research a step further and study the effect this can have on healthcare. Previously, the only sensors used for monitoring.

- This is a new way to use this type of technology. We see it as a confirmation that this is an important area and to the outside world even think it says project manager Stefan Sävenstedt.

Elderly represent a growing part of the population and thereby increases the number of people with dementia. People with BPSD requires a lot of resources and it is often difficult to assess the behavior and understand what lies behind the various symptoms. The goal of the research is to gain a better understanding of BPSD and help to make better judgments that lead to more responsive action.
Studies should be done on people with BPSD to capture how behavior is expressed, interpreted and treated. While medical professionals should be included in the focus groups to gather information on how they think and reflect on the BPSD-problem.

- The person with dementia often can not tell what is wrong, but it is interpreted by the nursing staff, said graduate student Catharina Melander, who previously worked as a geriatric care nurse.

Conversations with people who exhibit BPSD should be recorded and analyzed. Via voice analysis, it is hoped that information such as anxiety can be distinguished from natural speech and thus contribute to a better basis for assessments and follow-ups.

The final study included a control group and an intervention group. The latter uses sensors that measure the stress, sleep and activity. The following discussion compares the assessment of BPSD between the groups to see if the sensors led to symptoms interpreted better and faster.

- The research will lead to better assessment and monitoring by nursing staff get a more comprehensive picture of how the symptoms and needs expressed. We must do the right things at the right time in order to improve the quality of life for the person with dementia, says Catharina Melander.