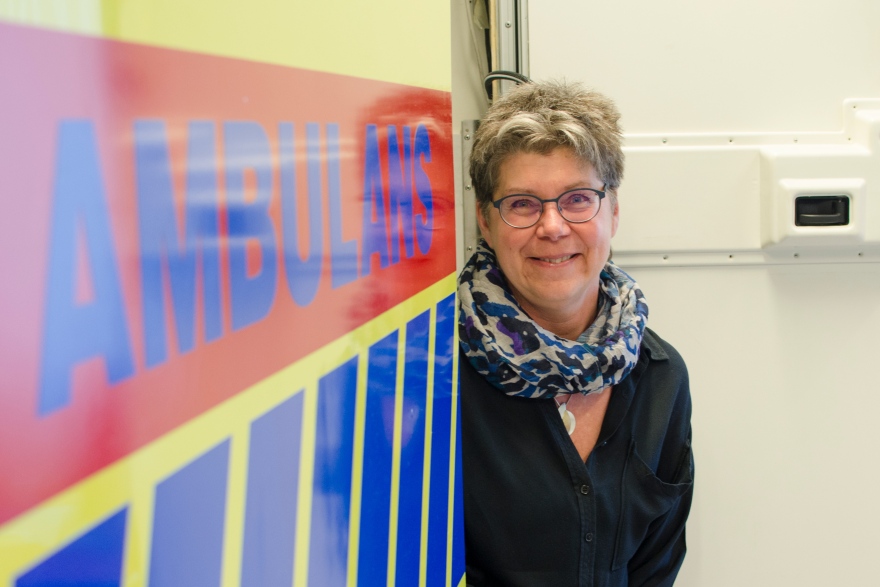 IVPA mission means that the Emergency Service, RT, can do an emergency medical response to an individual before ambulances arrive at the scene of the accident.

– I want to get in touch with people who called 112 on behalf of other people and met emergency personnel in their IVPA missions and ambulance staff in Norrbotten County, said doctoral student Helena Nord Ljungquist.

The need for organized cooperation between civil protection personnel and ambulance care has grown for various reasons, especially in Sweden's rural area. In Sweden there were four times more fire stations in Sweden compared to ambulance stations. The rescue service can make an emergency medical response to an individual before the ambulance comes to the site, resulting in shorter times of use and increased security for residents in sparsely populated areas.

– Every minute is precious to save lives and reduce suffering, and a well-functioning exploitation of existing resources in the intruder's neighborhood is important given long response times for ambulance in rural areas, says Helena Nord Ljungquist.

The IVPA concept has spread and at present there are activities in approximately 262 municipalities of Sweden's 290 municipalities. In Norrbotten, IVPA has been introduced in 13 rural areas.

Save lives and reduce suffering

In her research, Helena Nord Ljungquist studies experiences and effects of actions from different actors' perspectives in emergency medical situations, as well as mapping IVPA missions in sparsely populated areas with the aim of reducing suffering and increasing the possibility of saving lives.
– The study is part of the research that will provide a comprehensive picture and an increased understanding and knowledge of the continued development of acute care.

Participate in the research study

Now Helena Nord Ljungquist needs to get in touch with people who have alerted 112 on behalf of others. The person must be over 18 years old and have met emergency personnel in their IVPA missions and ambulance staff in Norrbotten County.

– They can contact me for more information. Then we decide a time and place, so I come and do the interview. Unauthorized persons will not be able to access the information and when the study is presented, no information can be derived from you, participation in the study can be canceled at any time without giving reasons, says Helena Nord Ljungquist.

Responsible for the study are Luleå University of Technology, Helena Nord Ljungquist, Åsa Engström, and Linnaeus University, Carina Elmqvist and Bengt Fridlund, in collaboration with the Center for Interprofessional Collaboration and Emergency Care Crisis (CISA).