This year's alumni 2017 at Luleå University of Technology, Victoria Van Camp, CTO and President, Innovation and Business Development within SKF and Fredrik Larsson, physiotherapist for the Swedish national team in football. 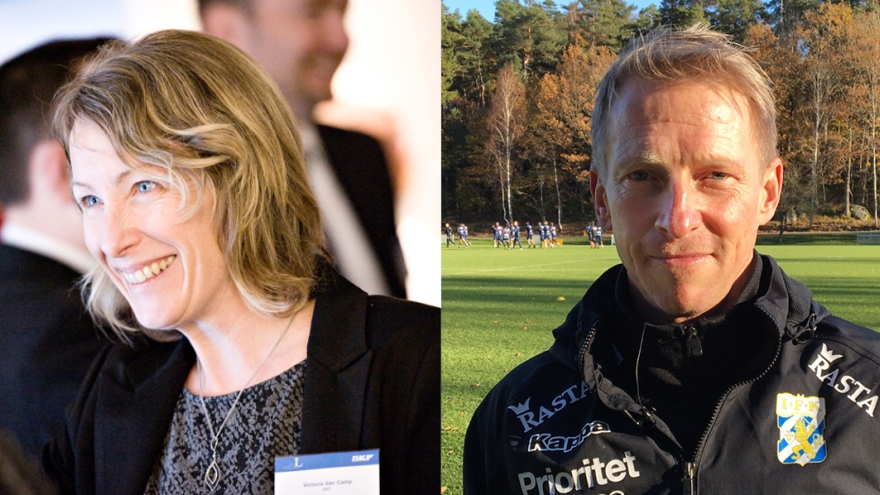 IFK Göteborgs Mads Albaek receives stretching aid from physiotherapist Fredrik Larsson for the football match between IFK Göteborg and Bröndby in the Dubai International Cup on February 7, 2017 in Dubai. 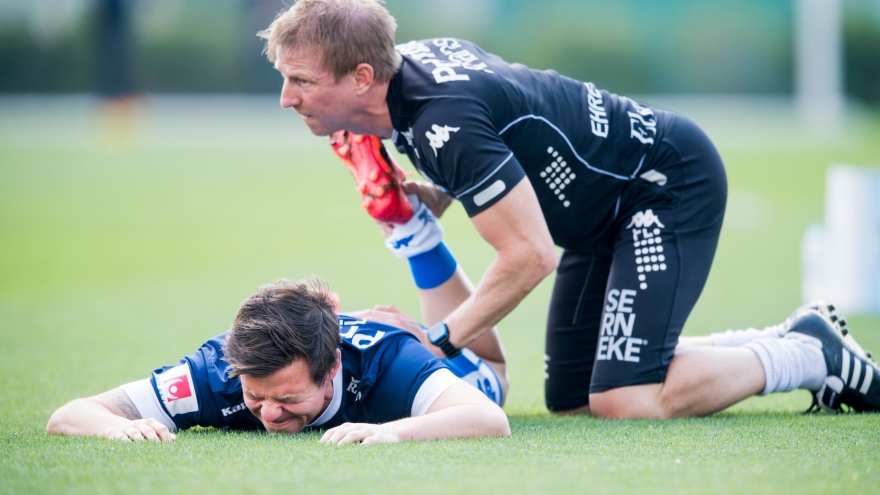 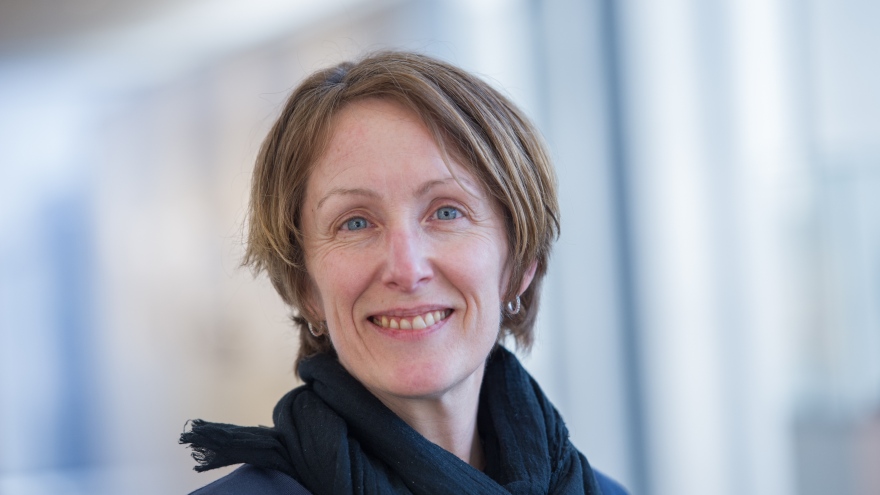 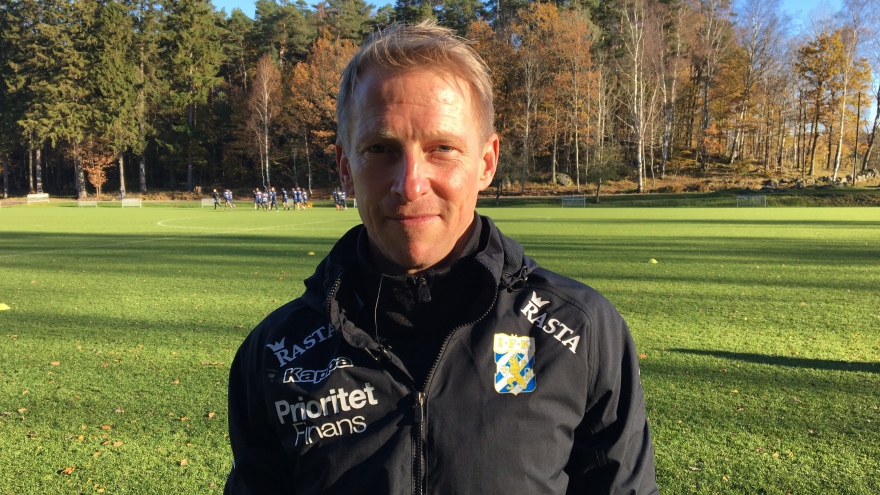 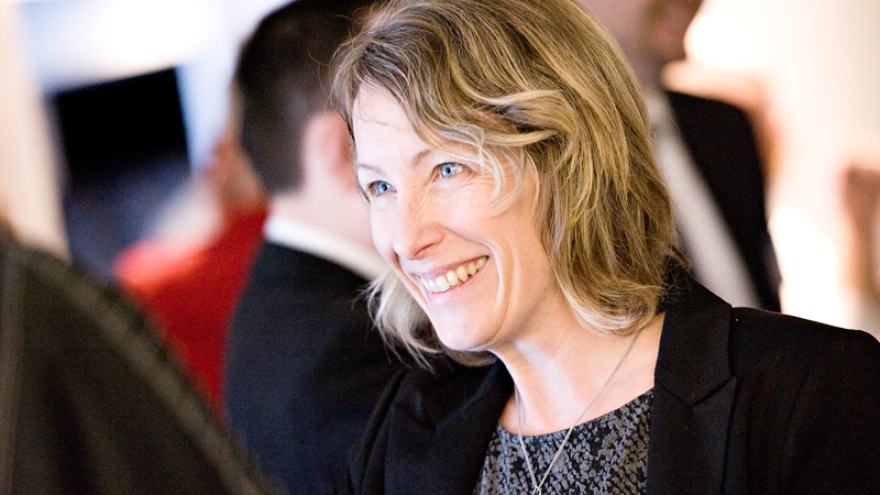 The award year's alumni, is awarded to people who have once been students at Luleå University of Technology, who after graduation achieved particularly great successes in their careers. The award ceremony takes place on November 7th in the House of Science, with the award ceremony, deputy director Erik Höglund.

Fredrik Larsson, unfortunately, can not attend the ceremony at the prize ceremony due to his work for the national football team. He will therefore be greeting in a film, made for Luleå University of Technology, recorded during training with IFK Göteborg.

Victoria Van Camp: "I am very proud of the award and for beeing a student at  Luleå University of Technology. Without that background, I would not been where I am today," says Victoria van Camp.

Fredrik Larsson: "It's incredibly flattering to get this prize. I'm incredibly happy - and proud of the award. This is a fantastic context to be part of, a great favor. Big thanks, "says Fredrik Larsson.

Physiotherapist for the national team in football

Fredrik Larsson, from Trollhättan, lives in Gothenburg. He is employed as a physiotherapist for IFK Göteborg / IFK Clinic Rehab. This year he has also received the honorable ssignment to be a physiotherapist for Sweden's national team in football. A dream job for many. It's a job that means being available 24 hours a day for the players, being able to see nuances day by day and making the right decision in terms of rehab, games and training. You must not only have very good knowledge and practical experience in physiotherapy and football, but also a high degree of integrity, in an extremely results-oriented industry. It is a matter of daring to bet when it is needed and to be able to resist when the pressure grows high from stakeholders and audiences, to perhaps see a certain player back on track, but still unable to hold due to injury. 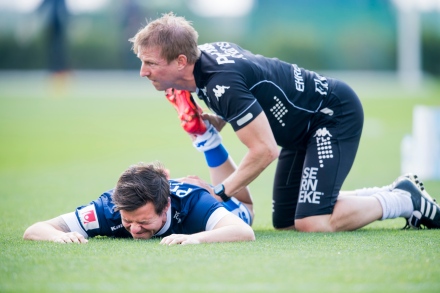 Fredrik Larsson was himself a player in Trollhättan's BoIS in the early 1990s. In 2006 he became a physiotherapist for Kopparbergs FC, then for Örgryte and then for IFK Göteborg. He studied physiotherapist at Luleå University of Technology, while the education was still in Boden. He thinks that the education provided a great preparation for a profession he loves, which means an opportunity to constantly develop, and he has only positive memories of his physiotherapy education at Luleå University of Technology, with small classes and dedicated teachers.

–The teachers gave us students space to become independent. We had to develop our ability to analyze, to trust our own ability, and to learn to take great care of persons from a holistic perspective. We learned that what works for one person, does not always work for another depending on where a person is motivational and what he needs. We were encouraged to dare to reason around things and to carry with us a critical approach to methods and treatments. This attitude I carry with me not only in the role of physiotherapist, but also in life as such, "says Fredrik Larsson.

In the management group for SKF

Victoria Van Camp, from Ytterbyn outside Kalix, has lived and worked in Holland for four years, in the USA for seven years, and now lives in Gothenburg. She has been in the management group for SKF since 2016, where she is CTO and President, for Innovation and Business Development, which represents the highest responsibility for SKF's acquisition, manufacturing and logistics, with the goal of increasing SKF's sales and improving profitability. Ever since 1996, she has worked at SKF in various technology and business development roles. She is the chairman of SKF-LTU Technology Center. She has been a board member of VBG AB and Preera. She is in the Board of BillerudKorsnäs and is elected in IVA Department 1 Mechanical Engineering. In her work she meets, every day, colleagues, clients, and researchers from different cultures and parts of the world, and to succeed in that role, one has to be prepared and interested in developing both in his professional role and as a person. 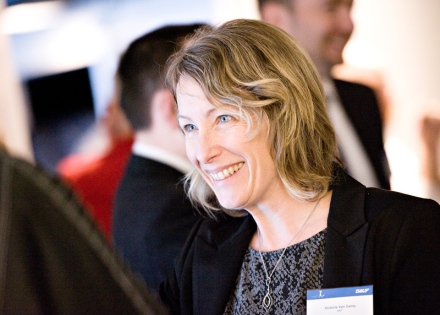 – At Luleå University of Technology you are constantly studying the reality with industry lecturers, adjunct professors, professors and lecturers who collaborate with industry and all this in a very international environment. Luleå University of Technology has acquired a global network in industry, unparalleled, making it possible for new graduates to work and contribute directly. The practical application of theory that the university has, also means that you are never afraid to address real problems and use the theory that is needed, but not more.