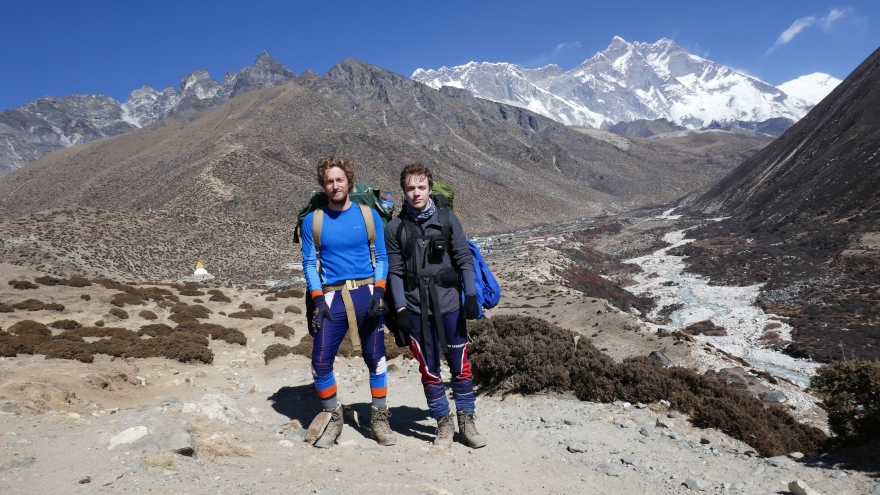 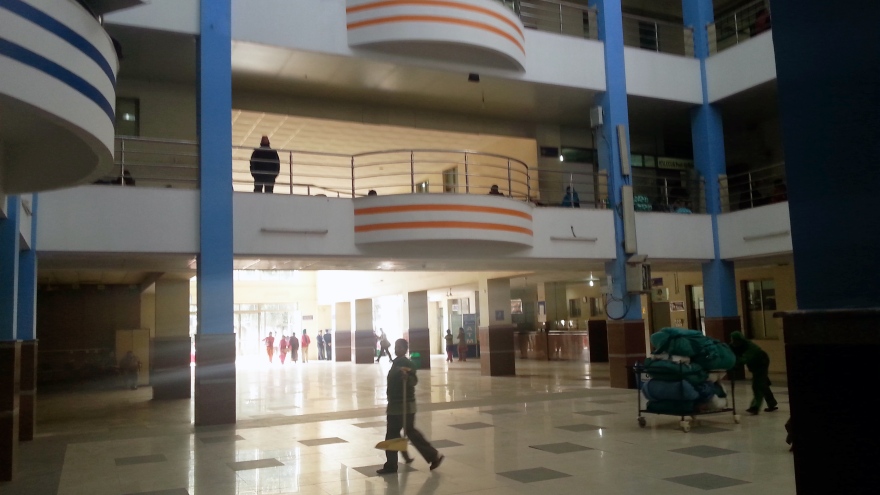 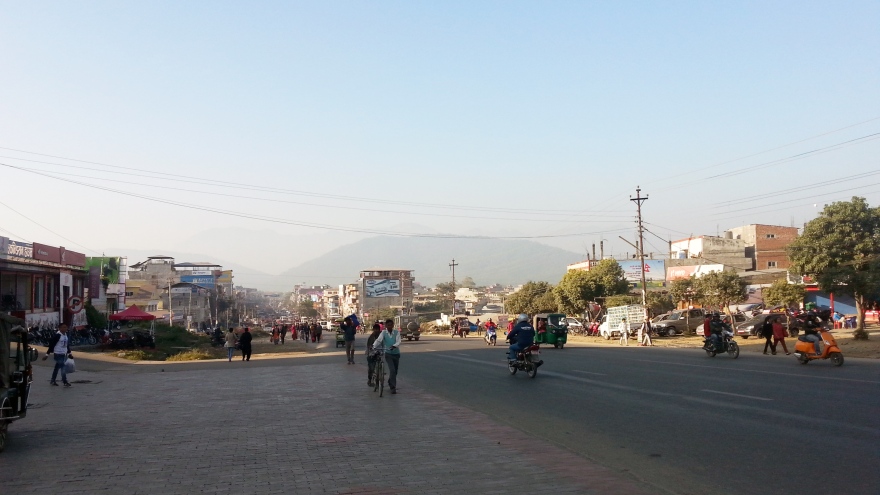 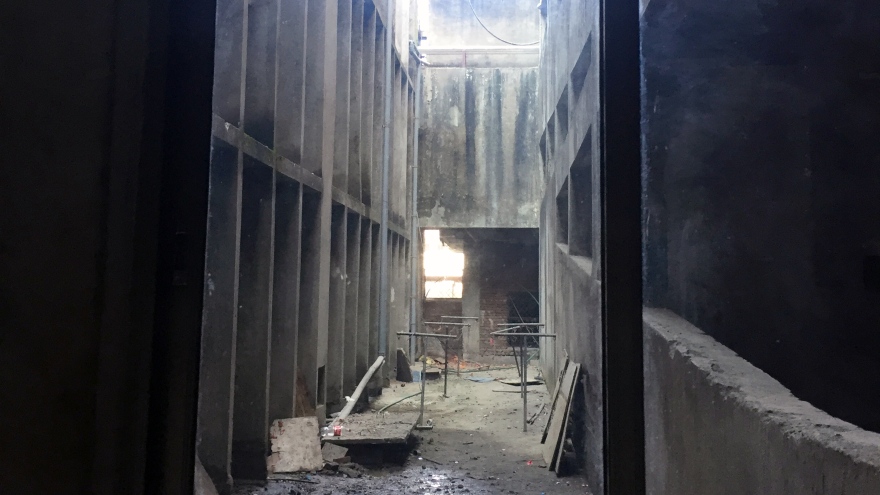 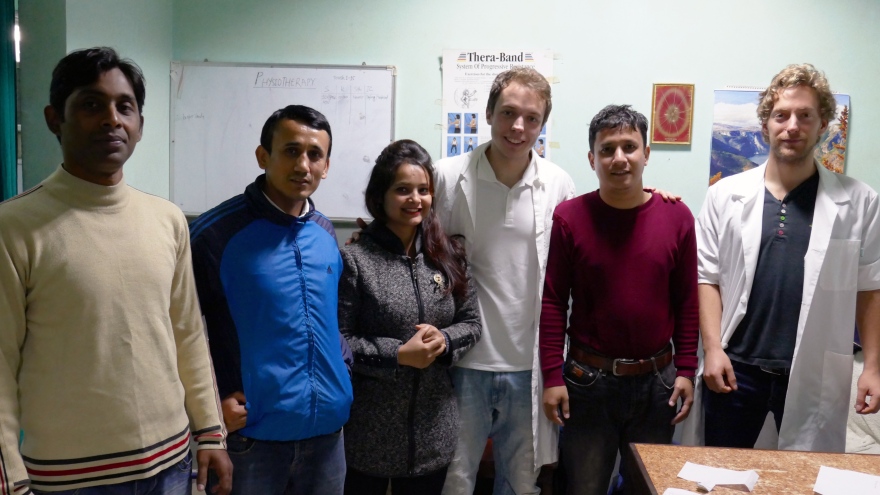 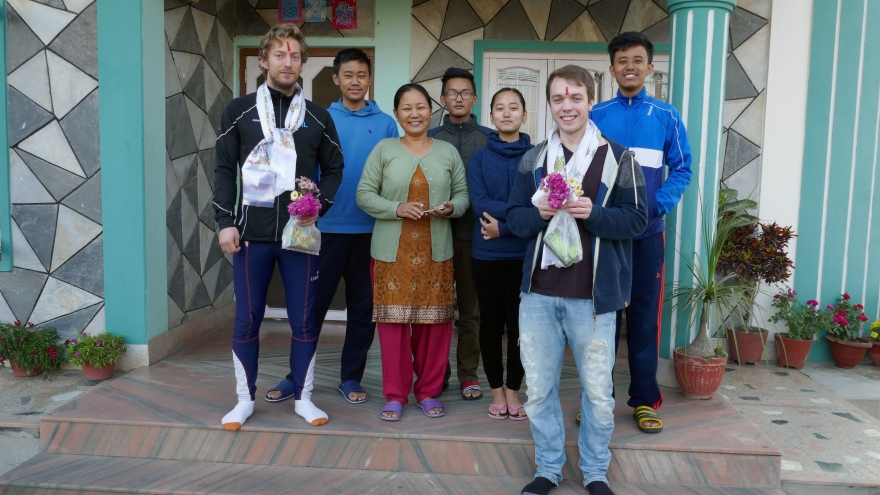 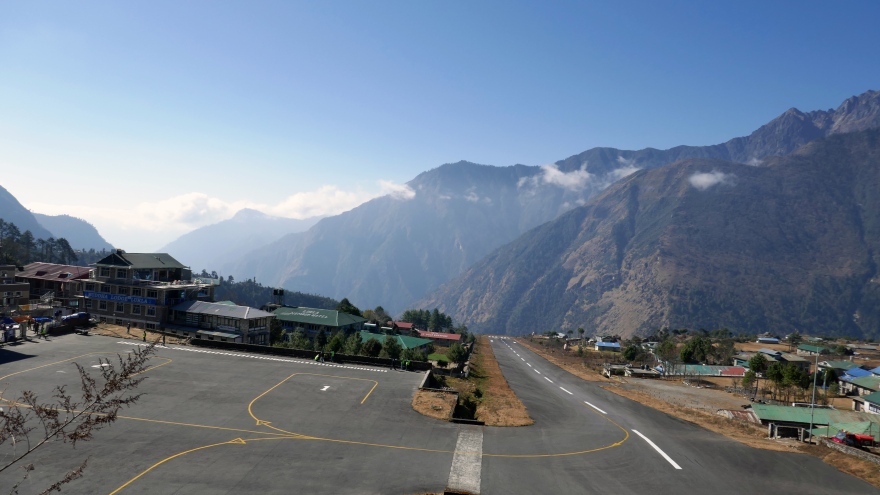 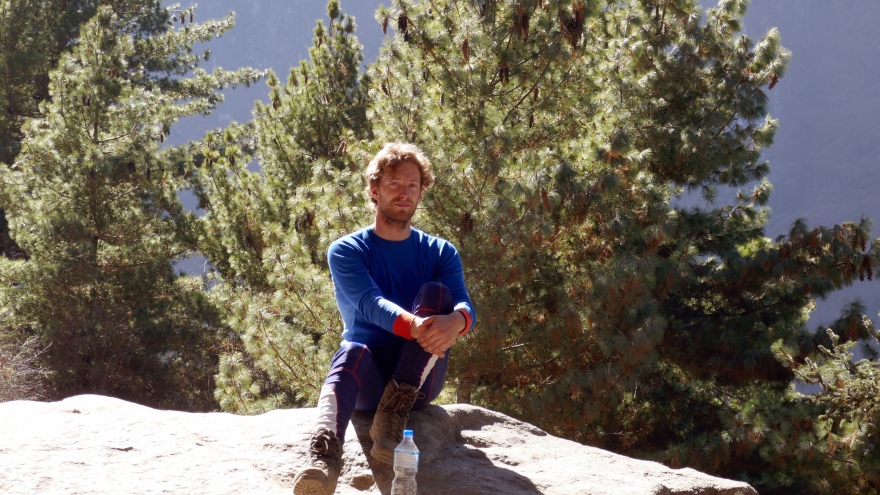 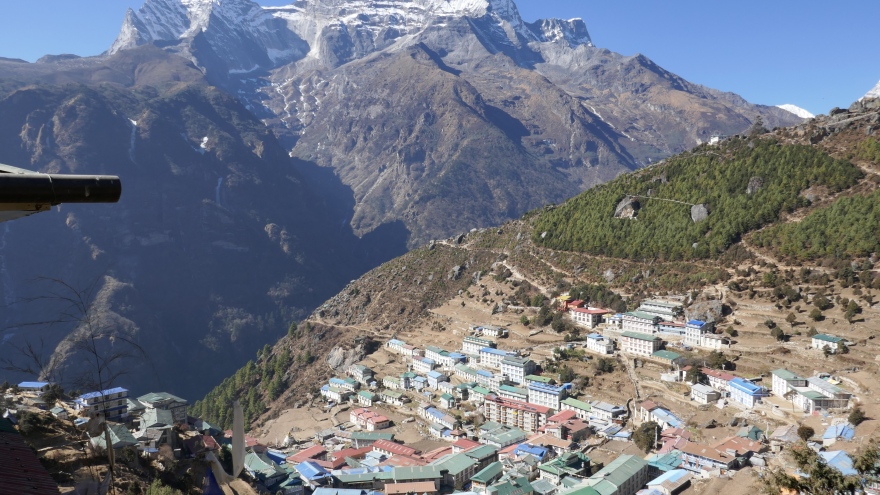 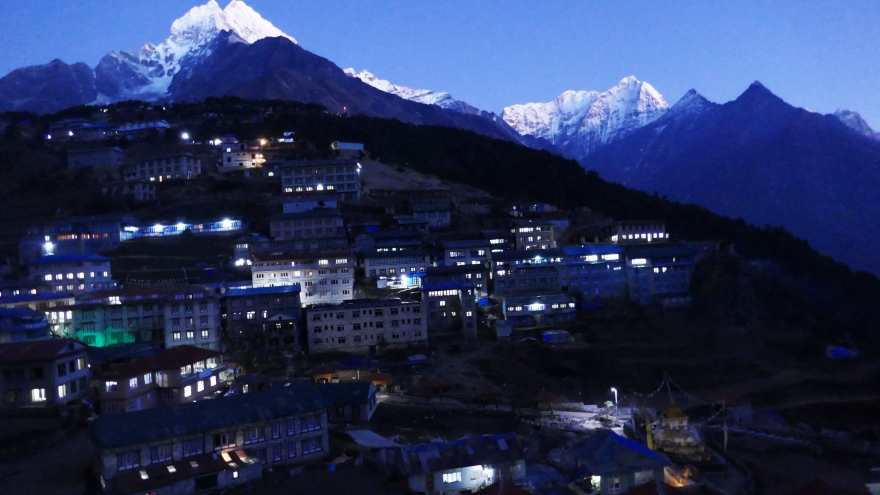 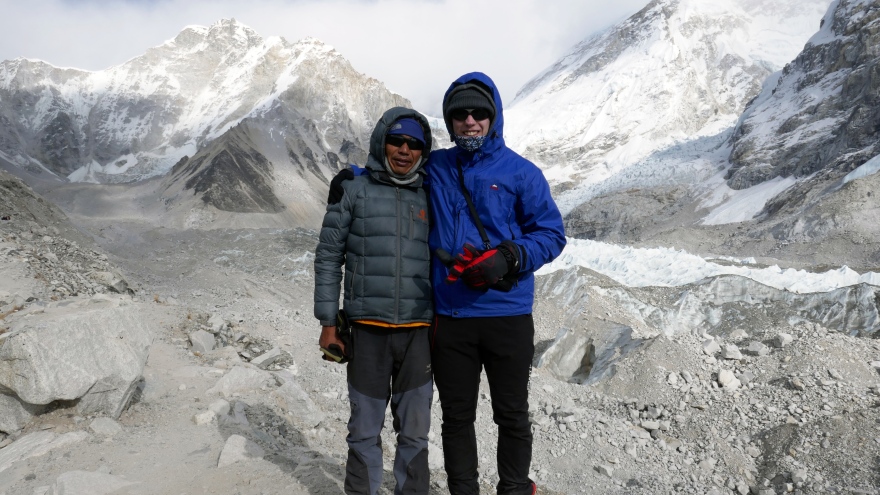 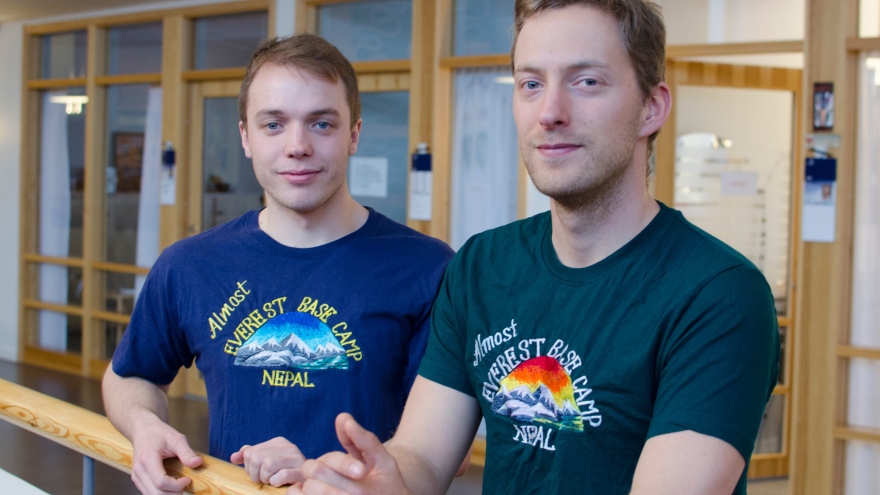 In the middel of Nepal is the town of Bharatpur located and a few kilometers outside the city center is hospital Chitwan Medical Teaching Hospital. The city is one of the fastest growing cities in Nepal and on the streets around the hospital are crowding carts selling everything from fruit and vegetables to clothes and shoes. The hospital is also full of people and almost every single bed is occupied. The physiotherapist profession is not yet established in the country and the physiotherapists who work at the hospital have been educated in India.

For two weeks, the physiotherapy students from Luleå University of Technology attended in the treatment of patients. Due to difficulties with the language, it was difficult  to treat patients on their own. The most common injuries were fractures of various types - especially in a hospital.
– The traffic situation with many motorcycles, lack of traffic rules and an earthquake in 2015 that destroyed many roads, which are not yet fixed, caused many fractures from traffic accidents, says Atle Agre.

The traffic situation in the country also affects the environment. Because of heavy traffic, gravel and lervägar air pollution around the major cities tangible and has accelerated in recent years.

Both staff and patients thought it was exciting and fun what physiotherapy students from northern Sweden wanted to take part of their way of working and living. The students noticed a clear difference in the way of treating patients. In Sweden, physiotherapists are working to motivate the patient to move, often immediately after surgery, with regular follow-ups. In Nepal, physiotherapists work with more passive treatments, which means that the physiotherapist for example mobilizes joints instead of the patient is actively working with the movement.
– They worked with more intensive training periods and then they were done with the rehabilitation. The staff said it is difficult to book a meeting because of the infrastructure and the difficulty to get around. Sometimes the patient could get where there was a physiotherapist and stay there a few days to be treated intensively, says Kasper Landin. Themselves had to face problems with infrastructure on a bus trip of twelve mil which took nine hours.

Through the organization Projects Abroad, which helped with the application, they got a host family a few kilometers from the hospital. The family consisted of a mother with two sons,15 and 18 years old, and two nieces. The father of the family was responsible for income and was absent during their entire stay.

– It was a very good host family and we always ate together. They were very nice and spoke good English, so we took part of their culture in a natural way, says Kasper Landin.

– They felt very open minded and modern. We heard about other host families where no one spoke English, and they never ate together, so we were very lucky, Atle Ager continues.

After the weeks in the hospital they packed their backpacks for hiking in the Himalayas. Along with three girls from Germany and a guide, they set out on an eleven day hike with the goal to get to the base camp at Mount Everest, the world's highest mountain.
– It's an incredible environment to experience with all the high mountains and we met a lot of nice people who like to see the world, says Atle Ager, who had the misfortune to become ill and had difficulties to cope with the hike. The group did not make it all the way to the target, but is still proud to reach Gorak Shep at 5164 meters altitude.

In the spring, they graduate from the physiotherapist programme and the experience abroad is something they will never forget.
–  If you dare to take the step to actually leave Sweden you will not regret it. The opportunities to spend part of the education abroad are good and there is good help to get on the way, says Kasper Landin.

Kasper Landin and Atle Agre traveled as freemover students and made their trip in Nepal during four weeks between December 2016 and January 2017. Freemover allows you to select any country, but the students must arrange everything on your own.

Read more about studying abroad at Luleå University of Technology