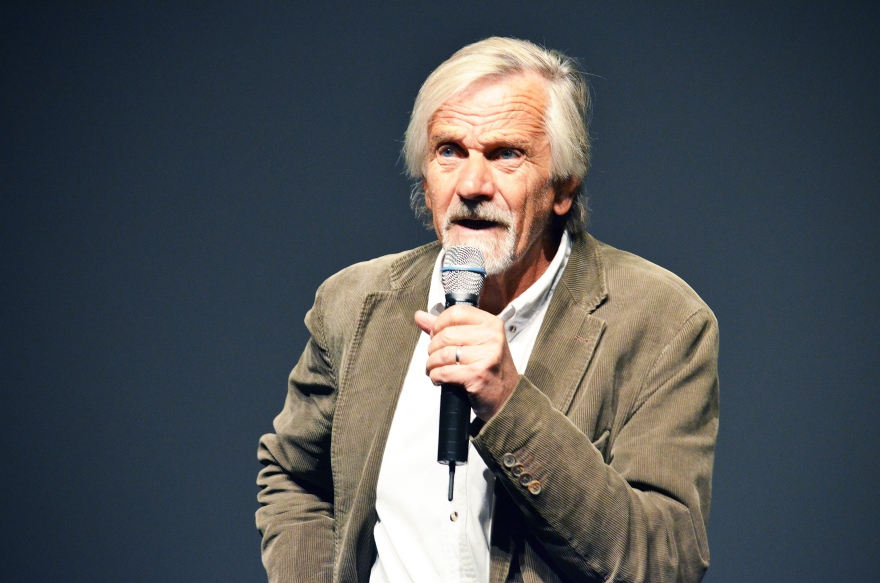 Eric Forsgren's documentary prize of SEK 100 000 is awarded annually to the year's best documentary filmmakers,The award ceremony takes place in the Documentary Day organized by LUT in PIteå, in collaboration with Acusticum.

- I got an email a while ago saying that I should call Eric Forsgren in a matter of urgency. I thought I did something wrong but it was this. I'm insanely happy, almost a bit shocked to stand here with the prize in my hand. Found worthy of such a jury, says Peter Torbjörnsson.

The jury, consisting of Leif Furhammar, Otto Fagerstedt, Lisa-Marie Christensen and former winner Tom Alandh, has appointed Peter Torbjörnsson to this year's documentary filmmaker for his entire life's work in the genre.

- It is a kind of journey within myself, but as a film considered, it is a journey in itself. Original material was over 200 minutes, and then cut down to the movie at 104 minutes as shown and praised at festivals. The film most familiar with general audience and shown on TV is further edited to mere 58 minutes and I have only seen that version once myself, says Peter Torbjörnsson

Although the jury has honored Peter Torbjörnsson for his life's work is the prize founder Eric Forsgren and jury chairman Leif Furhammar was careful to point out that this act is far from complete.

- I work with a depiction of the contrasts between football joy and what goes on behind the big stadiums. My starting point is the World Cup in Argentina in 1978 and the upcoming championships in Rio in 2014 We are going to follow a star on the rise and a dying coach and look at what is required for the entire football circus to continue. It is extremely interesting, says Peter Torbjörnsson.

The prize of 100 000SEK was handed over along with a large bouquet of flowers and this year's documentary filmmaker in 2012, Peter Torbjörnsson, is very clear about what this money will be used for.

- New teeth, a trip to my lost love and a little electricity bill - in that order, says Peter Torbjörnsson with a big smile.

"Peter Torbiörnsson has devoted his cinematic life to make the life and death of poor Latin americans comprehensible to us. As a documentary filmmaker, he has not only been an observer but an active participant in the human and political conflicts played out in front of the camera. His own conscience has always been a part of the drama, his face have become a part of the rugged landscape. "Last Chapter" is an angry indictment of camouflaged political terrorism and also a disillusioned self-settlement. "