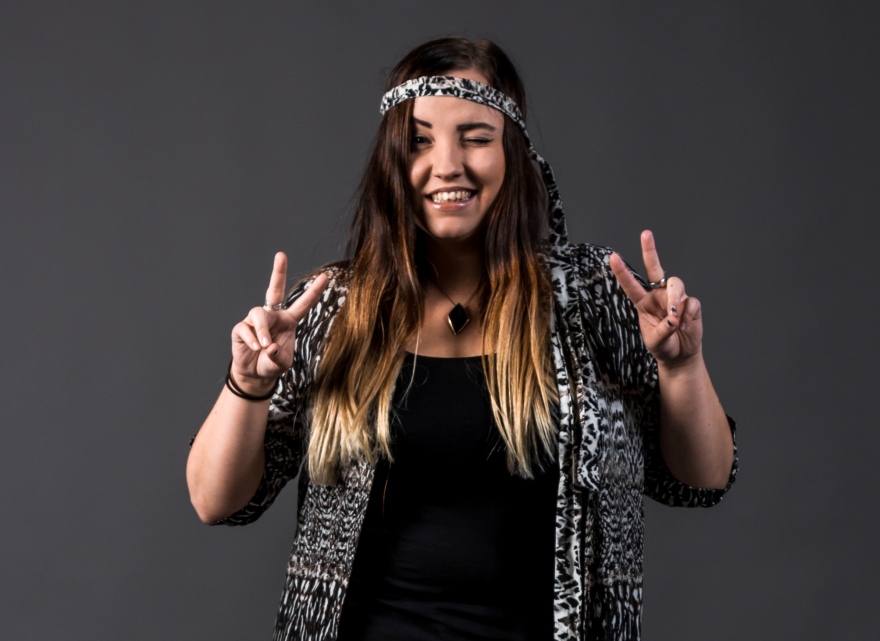 - Right now it's full speed ahead with building the stage, rigging all the technology and transform Studio Acusticum to fit our arrangements for the show March 4, says Rebecka Larsson, SMASK-General.

SMASK represents Swedish Music Acedemics Song Kåntest and can be described as a humorous spoof on Eurovision. For this year's event in Piteå the students have chosen the theme of superheroes.

- Last year we chose to take a theme that is not necessarily the first thing you think of a music competition. Largest focus of SMASK is of course the music but for us in Piteå, it is important to have a whole show to avail all the training and skills. Therefore, we have in recent years chosen themes to create contrasts and an exciting experience, says Rebecka Larsson, who does her second year as a General for SMASK.

- It's very much fun. I'm in my third year in SMASK and you end up in a kind of SMASK bubble that is difficult to get out of. SMASK are outside the education but it is definitely worth all the hard work and for me studying Upplevelseproduktion it is a perfect opportunity to put theory into practice.

Large parts of the university students in Piteå is involved with SMASK. One fact that really shows off - not least during the production week.

- There are many people who are passionate about SMASK, people talk about it at parties and you can not walk through the hallway at school without being stopped by someone with a question about SMASK, says Rebecka Larsson and promises the audience an unforgettable experience on Friday night.

- In short, it will be a tremendous show with extra everything. A delightful mix of songs and artists, different tempos, funny skits and great music. We hope to make it even better than last year's success.