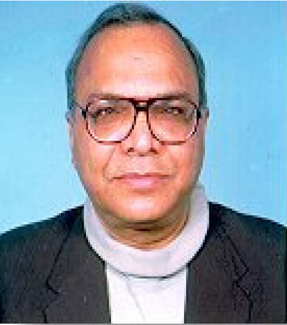 Professor K. B. Misra was born in 1943 in India and received his B.E. (Electrical) from MS University of Baroda, India in 1963 and M.E. (Power System Eng.) and Ph.D. (Reliability Eng.) degrees in 1966 and 1970, both from the Indian Institute of Technology, Roorkee (India). He joined IIT Roorkee as a lecturer in 1966, and became professor in 1976 at the age of 33. Subsequently, he moved over to IIT Kharagpur as Professor in Electrical Engineering in 1980 and worked there for 25 years till his retirement in 2005. He has been Director of North Eastern Regional Institute of Science and Technology from 1995 to 1998. During the period 1992-1994, he also worked as Director-grade-Scientist at Indian National Environmental Engineering Research Institute
He was also Dean, Institute Planning, and Development at IIT, Kharagpur. He has also worked in Federal Republic of Germany at four different institutions, viz., GRS-Garching, Technical University-Munich, RWTH-Aachen and Kernforschungszentrum, Karlsruhe, Germany. Prof. Misra is a fellow of Indian Academy of Sciences, Indian National Academy of Engineering, Institution of Electronics & Telecommunications (India), Institutions of Engineers (India) and Safety & Reliability Society (UK). He had been vice president of System Society of India, of which he also serves a life member. He is also a life member of National Institute of Quality & Reliability.
Dr. Misra has published over 200 technical papers in reputed international journals such as IEEE Transactions on Reliability, Microelectronics and Reliability, Reliability Engineering and System Safety, International Journal of Quality and Reliability Management, International Journal of Reliability, Quality and Safety Engineering, International Journal of System Science, International Journal of Control, Fuzzy Sets and Systems etc. Professor Misra besides being an Associate Editor of IEEE Transactions on Reliability, had served as reviewer to IEEE Transactions on Reliability nearly for four decades since 1969 and has also served on editorial boards of several reputed international journals which include Microelectronics & Reliability, Reliability Engineering & System Safety, International Journal of Quality & Reliability Management, International Journal of Reliability, Quality and Safety Engineering, International Journal of Fuzzy Mathematics, Electrical Power Research Journal and several other journals.
In 1992, Professor Misra authored a book on Reliability Analysis and Prediction: A Methodology Oriented Treatment, published by Elsevier Science Publishers, Amsterdam. In 1993, Prof. Misra edited a book, New Trends in System Reliability Evaluation, which was also published by Elsevier Science Publishers. These books had received excellent reviews throughout the scientific world. In 1995, Professor Misra edited another  book on, Clean Production: Environmental and Economic Perspectives, published by Springer Verlag, Germany. In 2004, he has authored another book, Principles of Reliability Engineering mainly for practicing engineers. A 1316-pages (containing 76 chapters, with 100 acclaimed contributors from all over the World) Handbook of Performability Engineering has been edited by Prof. Misra and published by Springer in 2008. It is landmark contribution which will set a new trend in the design of systems and services in 21st Century.
Professor Misra has been the Chairman of Indian Bureau of Standards Committee LTDC 3 on Reliability of Electrical & Electronic components and Equipments. For several years, he served as a member of Environmental Appraisal Committee (for nuclear power plants in India), Ministry of Environment & Forests, Govt. of India, New Delhi. In 1976, Prof. Misra was invited by the Department of Science & Technology, New Delhi to serve as the convener of the NCST working group on Reliability Engineering in India set up by the Government of India. He also served as member of Task Force Committee on Reliability Engineering of the Department of Science & Technology, in 1979. He has served as member on Project Assessment Committee for National Radar Council, Department of Electronics, CSIR, UGC, etc. Misra is listed in Indo-American who’s who.