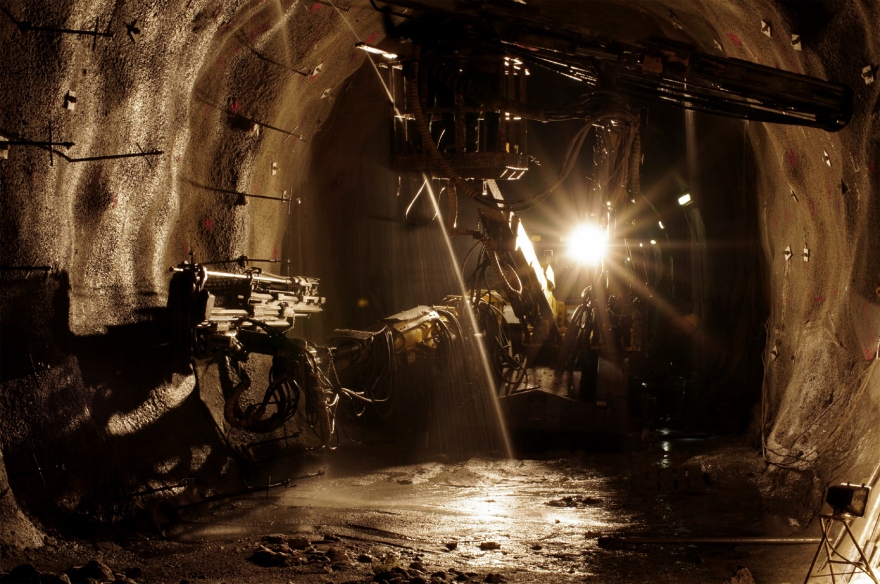 - We hope to consolidate Luleå University's reputation as a competent partner with expertise in the entire chain of mining research, says Jenny Greberg, Head of Division of Mining and Geotechnical Engineering at the Luleå University of Technology.

Deep mines are essential to increase European self-sufficiency of mineral commodities in the future and reduce import dependency. Deeper mines requires methods that are profitable and safe, despite the deep. That is the focus of the 26 parties to the research project.

Jenny Greberg ,Assistant Professor, PhD lecturer Rock Mechanics and Rock Engineeringing : "I will investigate how the increased depth impact on the mining methods that LKAB and Boliden uses. Then I will give suggestions on how to develop processes and mining methods to cope with the production when the depth increases. We must improve on addressing the problems faced by mining at great depths, in particular, to improve safety and productivity.

What do you see as the major challenges? "To understand what will be the weak points and how it affects the production as we move towards increasing depth, and to identify new processes and methods that enable high production and high reliability even at great depths."

Jerker Delsing Professor at EISLAB: "I will explore how a sensor can be developed and used in the mining environment to increase safety in the mine, a technique that is completely new to the world's mines. The wireless sensors will be sitting directly on the roof bolt in the rock itself. The data, that the sensor system of rock bolts sense and direct independent communicate furthe, is to be used to more quickly precautionary measures in the mine.

We will explore how sensors can monitor and communicate seismic movements in the rock and mineral occurrences such as drilling, blasting and vehicle passes. Some tests will be done in LKAB's Kiruna mine by next winter. The systems used in mines today to record the seismic cycle, does not give an equally detailed picture of events in the mine that we can get through the rock bolt sensor system with many more data points. The wireless communication also allows the new technology to be significantly cheaper than current technology. "

What do you see as the biggest challenge? "Integrating basic WSN (wireless sensor network) technology to an industrial system that will survive in the extremely rugged mining environment with special requirements for longevity, price and ability of integration with other automation systems."

Erling Nordlund, Professor of Rock Mechanics and Rock Engineeringing: "I participate in three components, which are all aimed at better understanding the mechanics of a deep mine, so that appropriate action can be taken, such as the right rock reinforcement method.

Then we work to improve methods of analysis that can identify potential rock burst, and we make fundamental studies of the underground structures behave when they are burdened by seismic waves. Third, we develop our understanding of interactions between rock and rock reinforcement systems for large mining depth, as well as evaluating the rock reinforcement system capacity and behavior. "

What do you see as the biggest challenge? "Being able to test the rock reinforcement in a manner similar to the real conditions in a mine, and to use numerical analysis tools in a way that provides better decision support."

Jan Johansson, Professor Industrial Work Enviroment : "We will include working with colleagues from Aachen to develop rescue equipment if one becomes trapped in a mine that is more than 1000 meters deep. In that sub-project  five partners from five countries are involved. I also serves on the steering committee of the whole project I2Mine and their prime concern is to coordinate the different parties that are scattered across Europe. It is a great challenge to coordinate the 26 partners who all have their own agenda. "

What do you see as the biggest challenge? "It is difficult to recruit youth to the mines, because those are often located far from major metropolitan centers. Success requires a safe mine, but it is not enough, one but must be able to offer attractive jobs in order to succeed in recruiting the desired. It's about being able to offer good jobs for both women and men. "

The research project funded by the EC, the 7th Framework Programme for Research and Technological Development (2007-2013) (the programming Nanotechnologies, Materials and Production (NMP), participating universities and industry partners.