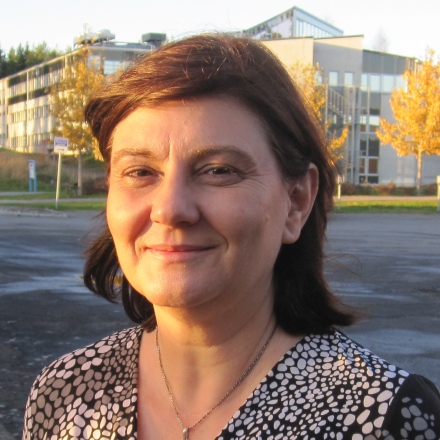 - I enjoy working with my colleagues, students, and with my contacts in the LKAB, which is the major partner in my research, she says.
Savka Dinevas research is about the small earthquakes that are caused by cracks in the mine when the ore is broken and the load of the rock increases or changes. The goal is to find out the relationship between earthquakes and ore mining. Some of the major research funded by Hjalmar Lundbohm Research Center, HLRC, and extends over a five year period.

After graduate studies in Russia and then work at a research institute in Sofia and two universities in Canada, have Savka Dineva much to compare their work situation in Luleå. In addition to colleagues and industry partners, she estimates LTUstudenternas ability to work independently and to take their studies seriously. The family is just about to establish himself in his new apartment on the crown area in Lulea. The climate of dark winter months, light summer nights is a new experience that she thinks she can handle well.

- The first winter I fled to San Francisco some of the darkest days, she says. The first bright summer night was a very strange experience. I photographed the hour to see if it got darker. I like when all put up lights in the windows during the dark months, it's so beautiful.