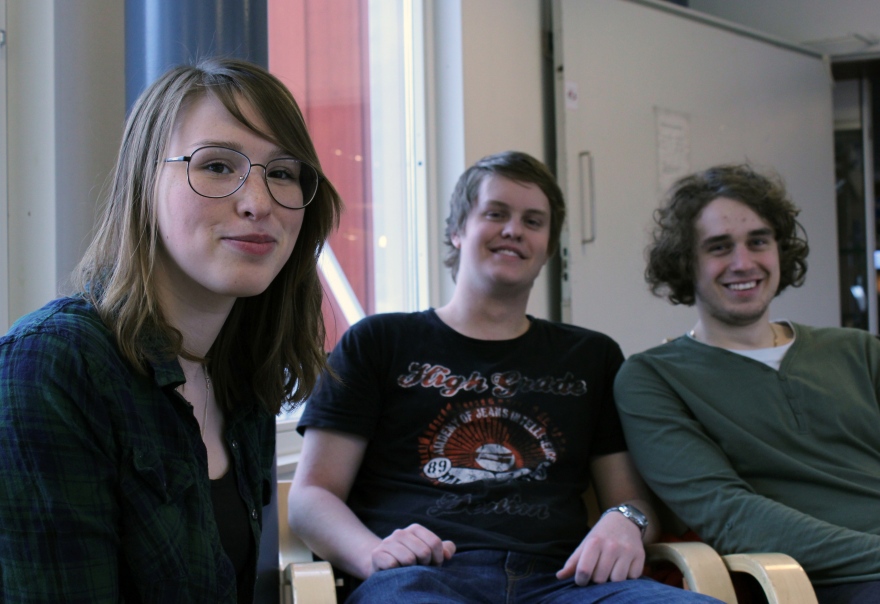 Here is the LTU team that made it to the semifinals of Technology SM. Paulina Koskenniemi, Albin and Ludvig Nilsson Carlsson, who is studying Master Programme of in Sustainable Process Engineering.

-We're so glad we made ​​it through to the semifinals and will certainly do our best, says Paulina Koskenniemi, who is studying her first year at Luleå University of Technology at the Master Programme of in Sustainable Process Engineering


All the members of the team from Luleå University of Technology read their first year at LTU at the same Master Programme as Paulina Koskenniemi. The other two in the team is Albin Nilsson and Ludvig  Carlsson. They call them self the Hjalmtyrzz- team. Now they will compete in the semifinal May 9 in Stockholm. The top three teams from there go to the semifinals May 10. It is determined for an audience at Debaser Medis in Stockholm. The winning team is rewarded for instance, a trip to India.

- It's the challenge  that's what makes the contest so exciting, says Paulina Koskenniemi.

Now the LTU team is prepering further by practicing solving previous final tasks in the shortest possible time. It is not just about understanding a problem and find a solution, the team must also deliver the solution quickly.

- We will also train ourselves on the robot path, all the teams got sent home, says Paulina Koskenniemi.

The finale will be one of several activities during Engineering Days that Sveriges Ingenjörer organizes8 to 10 May in Stockholm to stimulate interest in technology among the young. Technology SM (Swedish Championship in Future Technology) was founded in 2000 and is the only race where the country's future engineers and scientists can challenge each other in future technologies.