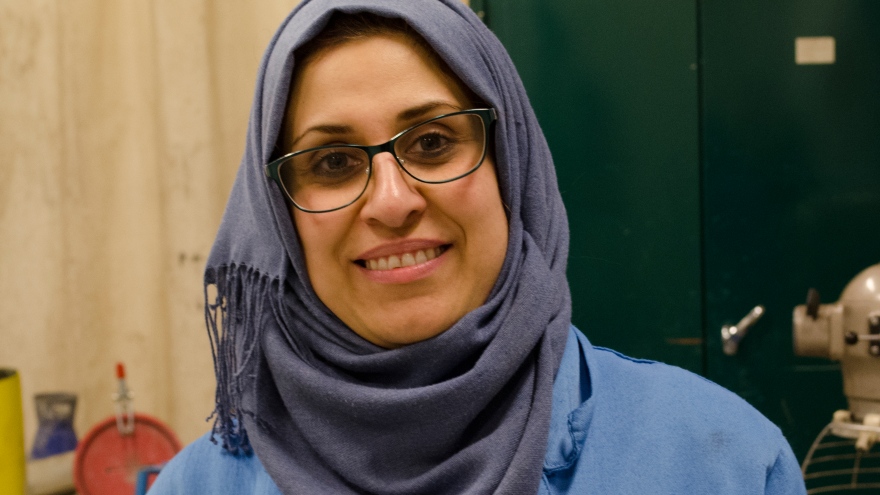 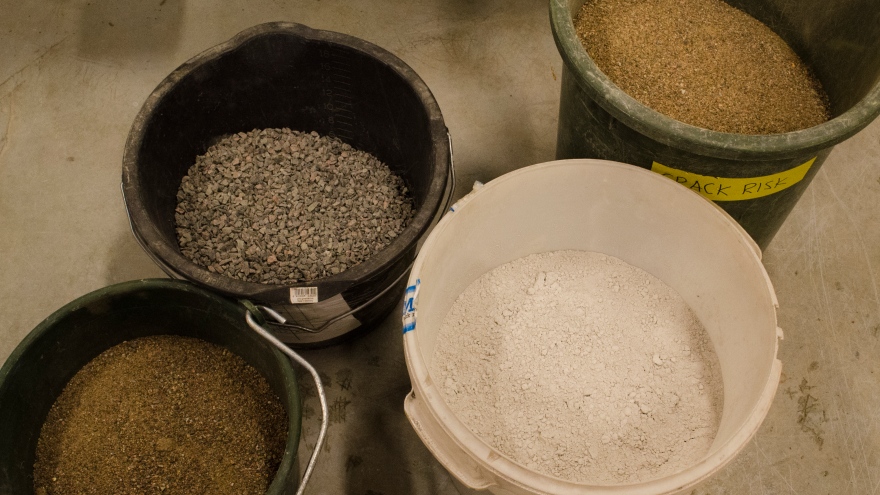 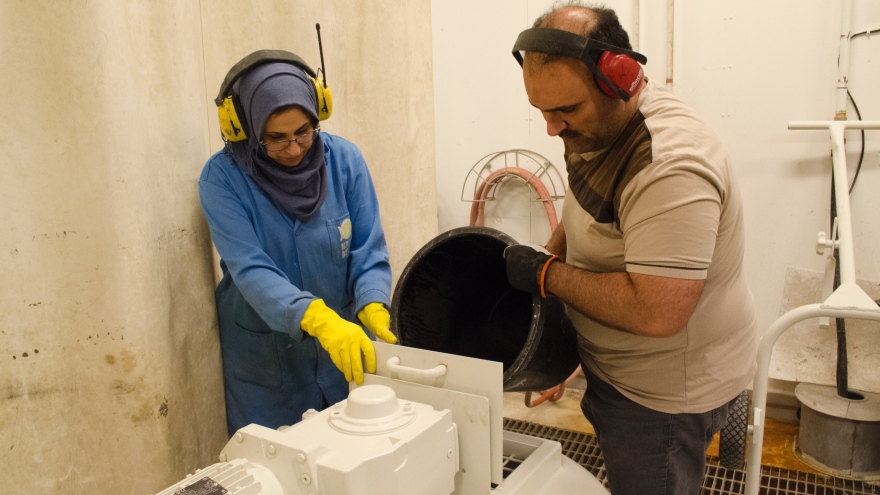 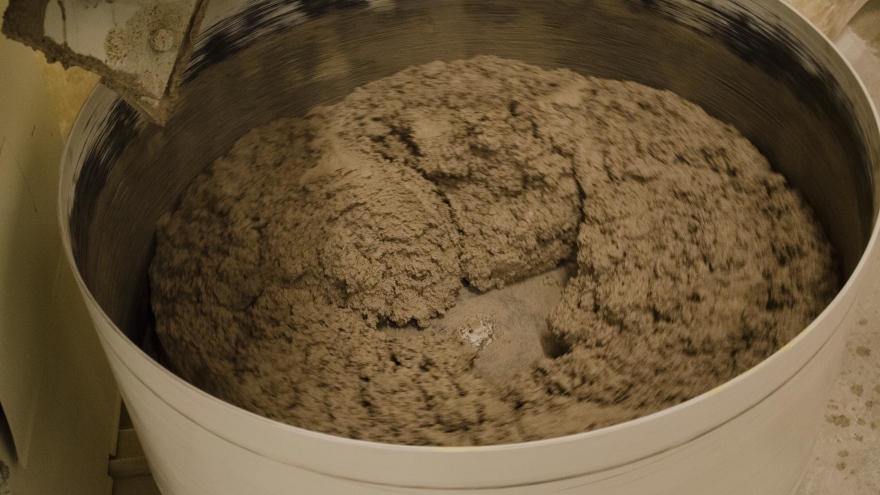 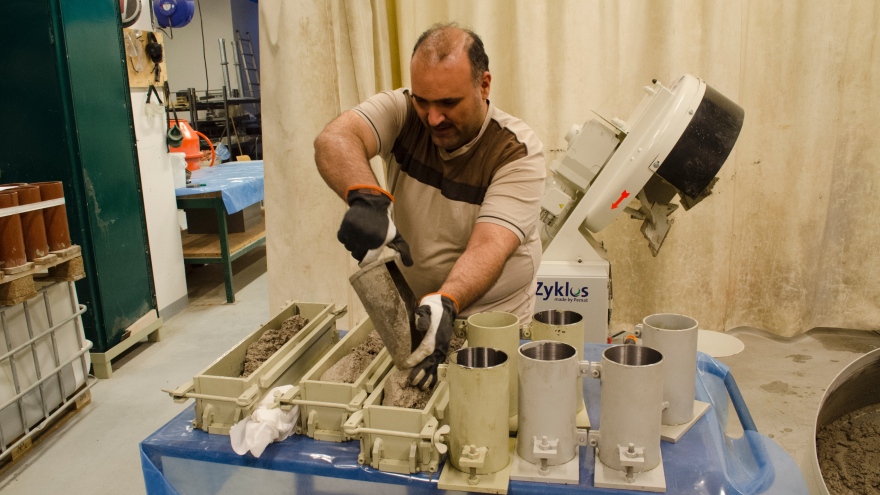 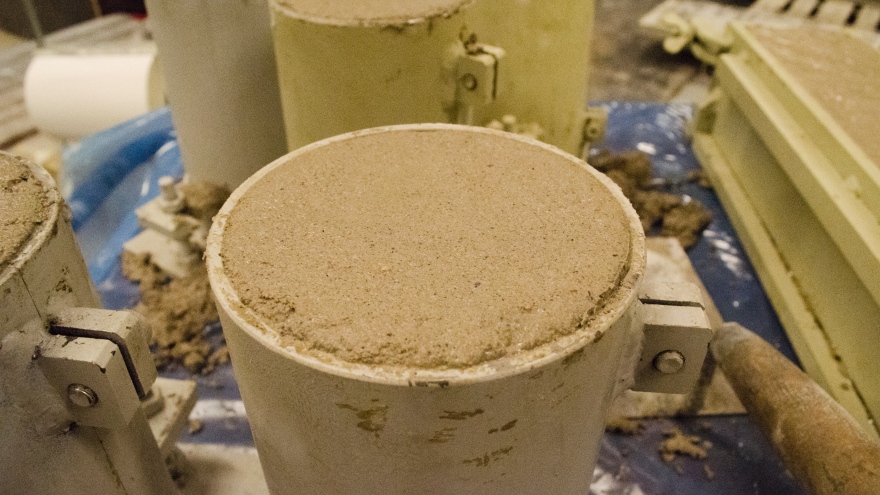 “Properties of concrete produced using industrial by products, in this case blast furnace slag which comes from the steel industry, are similar to concretes based on Portland cements. The biggest advantage of my concrete is a very low carbon dioxide foot print and better durability in aggressive environments. The main objective of my project at the moment is to study effects of mix composition and high curing temperature on shrinkage and cracking risk", says Abeer Humad.

Geopolymer concrete is an innovative construction material can be produced by total replacement of cement with other materials. The most common materials used for geopolymers are by-product materials like slag, fly ash and rice husk ash or by using pozzolanic materials which are the source of alumino-silicate. Manufacture of cement has well known environmental issues which are associated with releasing huge amounts of carbon dioxide due to the calcination of limestone and combustion of fossil foul. Production of one ton cement will pollute the atmosphere with one ton of CO2 emission. The cement industry is the second largest producer of the greenhouse gas. Geopolymer is gaining more attentiveness for its low CO2 -emission, it releases 80% less CO2 during production than Portland cement. In the 21st century the global goal is to enhance sustainability and to produce environmentally friendly materials. Geopolymer concrete has a superior properties such as: fireproof and waterproof, Low heat of hydration, High early strength, High fire and heat resistance, High isolation and Excellent durability in a violent environment (high chemical resistance and corrosion resistance).

"The research in this area is still not very common in Europe. We seek for a help to convert the small scale laboratory testing into full scale field experiments", says Abeer Humad.

Abeer Humad’s research is funded by a scholarship from the Iraqi government and she is supervised by Professor Andrzej Cwirzen from LTU and  Professor John L. Provis from Sheffield University (UK).