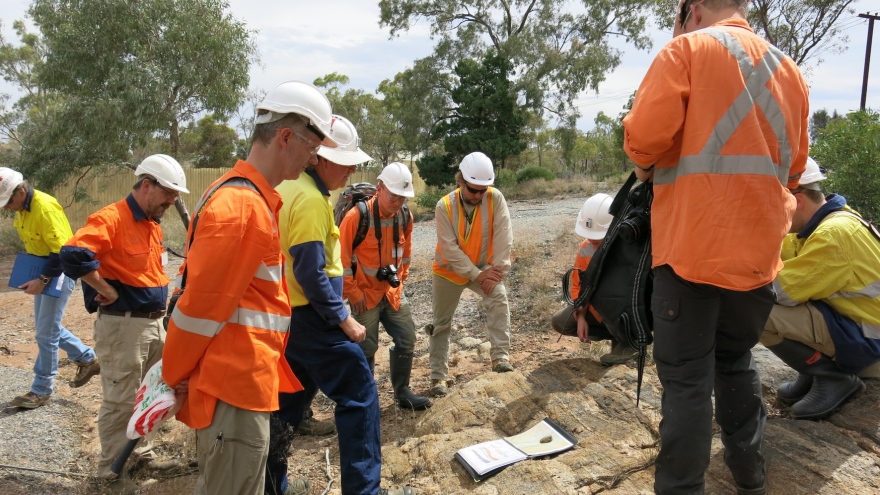 The group looks at core at Andrew 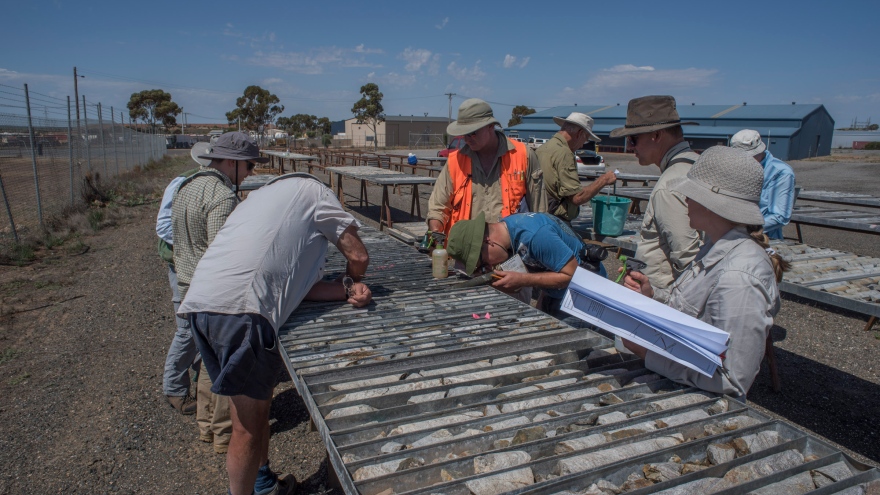 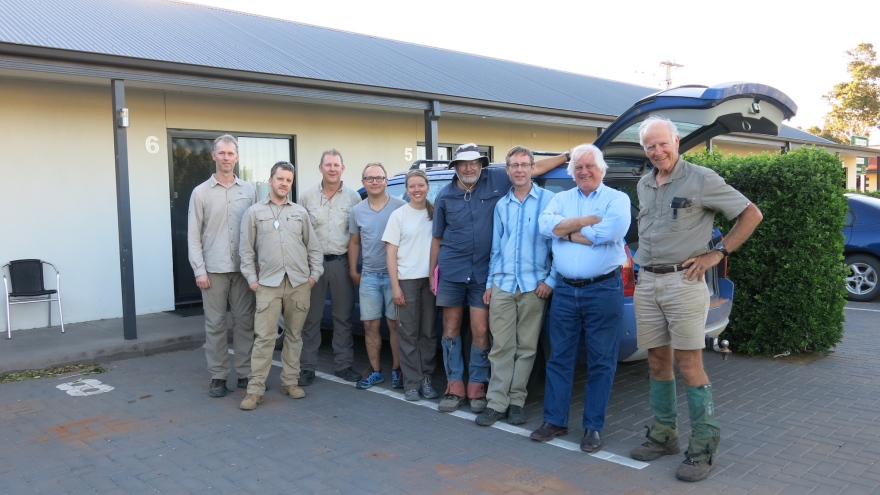 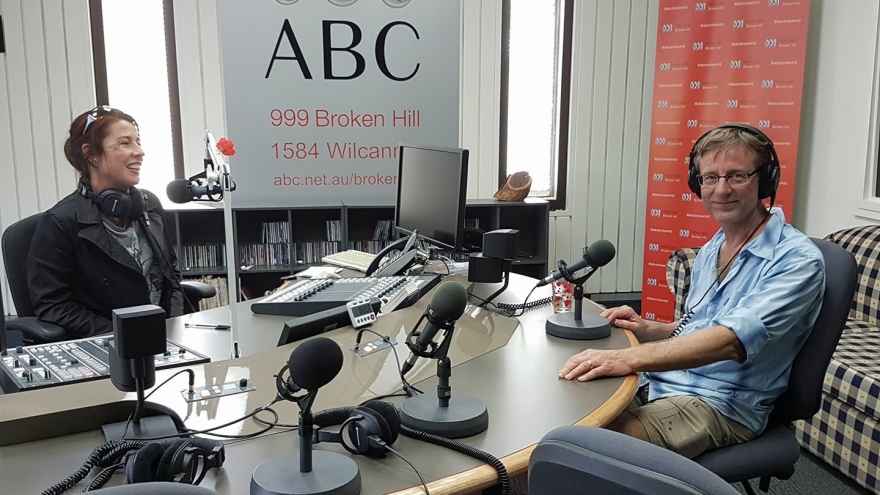 Broken Hill is the world's largest massive Zn-Pb-Ag sulphide deposit out of which c. 220 million tonnes of ore has been mined. The deposit is the type locality for 'Broken Hill-type deposits' (BHT), an ore geological class to which the Bergslagen sulphide ores have been sorted in some geological publications. This classification, however, is problematic in many ways:

- The inclusion of Bergslagen ores such as Zinkgruvan and Stollberg in Broken Hill-type is interesting from an exploration perspective, but very problematic from a scientific point of view, since ore genesis in Broken Hill has historically been a controversial issue with proponents of radically different ore genetic models. From the literature, it is not obvious that the ores Zinkgruvan and Broken Hill are particularly similar. At the same time, we simply cannot just ignore the fact that our Swedish sulphide deposits have been compared with the world's largest and richest massive Zn-Pb-Ag ore. Therefore, we wanted to visit the Broken Hill area and form our own opinion, says Nils Jansson, researchers in ore geology at Luleå University.

The large uncertainty surrounding ore genesis at Broken Hill stems from that the ore, after it is formation c. 1.68 billion years ago, underwent extensive mineralogical, textural and structural changes caused by deformation and metamorphism, i.e. due to increasing pressure and temperature. Thus, restoring the original ore forming environment and identifying the key controls on ore formation is not trivial, and numerous alternative models have been proposed by different geologists.

- After the visit, there is a general consensus in our research group that there are general similarities between Broken Hill and Bergslagen with regards to the structural and metamorphic overprint. However, we are not convinced that the ores originally formed in the same way. Among other things, our research group has come up with a new ore genetic model for Zinkgruvan that differs in fundamental respects from most accepted models for how Broken Hill may have formed. The article outlining the new model will be published shortly in Ore Geology Reviews, says Nils Jansson.

- Although we question earlier ore genetic comparisons between Bergslagen and Broken Hill, it is clear that similar challenges exist in seeing through the effects of deformation and metamorphism to understand how the ores originally formed in these ancient, ore-forming systems. This kind of understanding is a prerequisite for producing more sophisticated exploration models that can lead to the discovery of new ore deposits. It has thus been particularly valuable for us to learn how Australian geologists tackle similar challenges as we do in our daily work. Similar to in our own research, great emphasis is placed on detailed geological mapping aiming at resolving stratigraphic and structural relationships, and combining this approach with detailed investigation of chemical and mineralogical relationships around the ores, concludes Nils Jansson