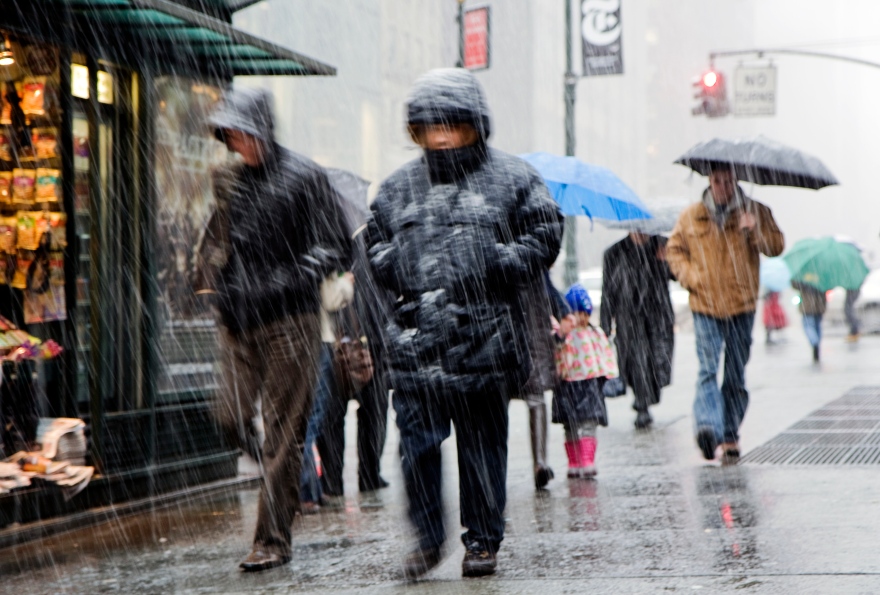 Rain is the biggest barrier for people’s mobility outdoors in the wintertime, according to research from Luleå University of Technology. View original picture , opens in new tab/window

In the study ”Growing community well-being through improved winter connectivity: Luleå, Sweden as case study” almost 400 persons, the majority living in the neighbourhood Mjölkudden in Luleå, have been interviewed about weather related barriers to soft-mobility in the winter.

– What we found out, when we asked people, was that the biggest barrier was rain. It sounds like a really basic thing to say at first, but it has a lot of complexities within it: It relates to what’s happening in terms of environmental change in Luleå. The rain also has an impact on lighting. The reduction in the levels of snow we’re getting impacts the level of light, as well as the levels of ice, says David Chapman, who’s been working as an architect for over 20 years in the UK, the United States and Sweden, and today is a PhD student at Luleå University of Technology.

The three traditional, overarching principles for designing winter cities are:

– When we looked at these traditional urban design principles for winter cities, we discovered that there’s not much work that has been done in the area since around year 2000. Traditionally, from the research, you would say it’s the wind, the lack of sunlight and issues with snow that might be the three things that cause problems.

But the new study from Luleå University of Technology shows that people see rain as a much bigger impactor than wind in the winter.

The average temperature has risen

According to statistics from SMHI, the Swedish Meteorological and Hydrological Institute, the average temperature in Norrbotten has risen the last decades, and will – according to SMHI’s prognoses – continue to do so.

– As we can see now, there are more days with a temperature above zero and that will make the precipitation to fall as rain and not snow.

More rain instead of snow in the winter causes a reduction of light and often also makes the conditions on roads and pavements icy.

– These are the biggest detractors for going out in the public room, rather than the wind. 20-25 years ago maybe the wind was the biggest problem, but because of global warming that has changed.

Less snow and more darkness may lead to other aspects of design, and this is something architects and city planners need to take consideration to, according to Chapman.

– The municipalities are taking more consideration to this today, but there is a lack of knowledge of what they can actually do and we therefore need more research.

The municipality of Luleå is looking to develop new forms of green-blue-white-plans, with the purpose to design public spaces for winter as well as summer.

– We need to know more about how people use the city in the summer, winter and the seasons in between and from that understand the best practice for urban design for winter cities. We can then take it forward to the architectural industry and the urban design industry.