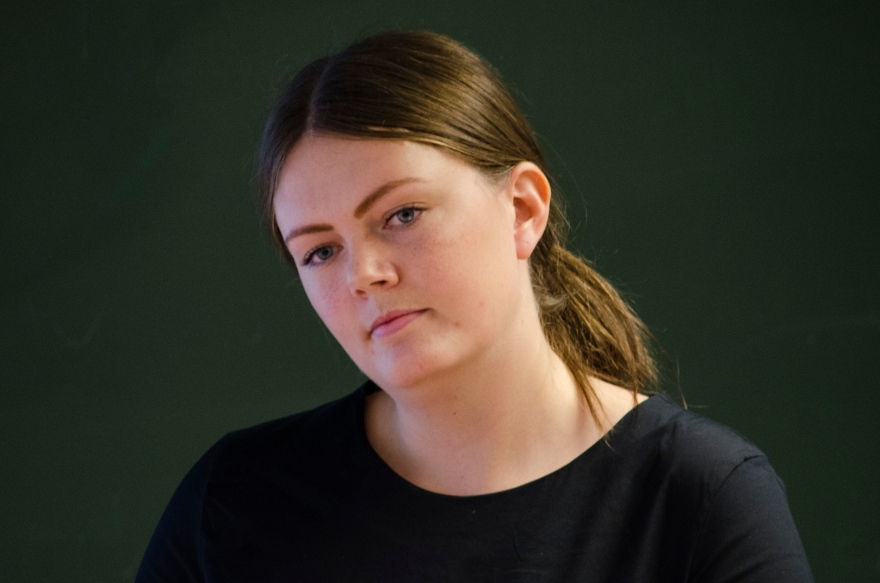 Gender equal city - Perspectives on urban planning and gender is the title of this thesis.

"A gender tequal city is not a women's issue, it is about creating cities where all feel comfortable and feel safe", says Sara Hultqvist who is passionate about both gender and urban planning.

Security aspect is something that many refer to and the solution is often more and better lighting. But to walk on a well-lit path through an otherwise dark park can feel very insecure.

"It may feel as if you walk into a tunnel of light, but what You do not know is what hides three meters off the foot- or cycle path", says Sara.

Paradoxically, it is mainly men who are exposed to violence and threats of our cities while the women and young girls feel the greatest insecurity in the same places. Many females are planning their walks from a security perspective, some have an alarm in their pocket. Others choose not to go out at all certain times of the day.

"There is a deeper problem in the whole society in which women are positioned as weak and in need of protection. If you feel weak, you become too insecure", says Sara.

On the urban landscaped spontaneous sites för sport activities there are 80% men and 20% of women who use resources as for example skateboard ramps, street basket courts or boules courts.

"It is often mechanistic planning based on citizen influence from various meeting that form the basis for what is built. I think we could try other methods of citizen participation in which women can have more influence. It could be focus groups or surveys, concludes Sara Hultqvist hoping to work with these issues in the future.

Examiner of this thesis was Charlotta Johansson, Associate Professor of Architecture at LTU.