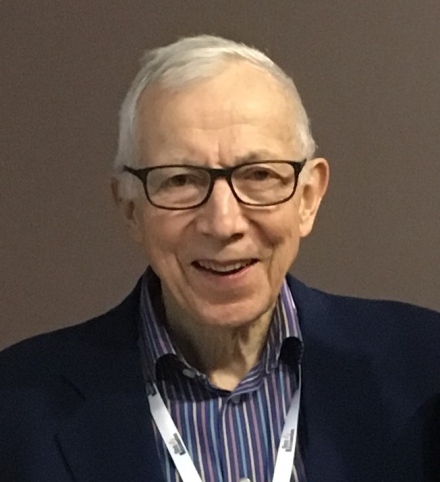 As a young structural geologist, Ove started his career within rock mechanics in 1963 as research assistant at the Hans Ramberg Tectonic Laboratory in Uppsala, Sweden. This was where his interest in tectonics and rock stresses was born, and these topics continued to be the primary focus of Ove´s scientific research interest over the years. This is manifested in his popular writing such as in Swedens positions on Earth (Stephansson, 1983; Swedish title Sveriges vandring på Jorden), as well as in the scientific books Rock Stress and Its Measurement (Amadei & Stephansson, 1997) and Stress field of the Earth’s Crust (Zang & Stephansson, 2010). Over time, modelling of rock mechanical processes emerged as being a vital part of the field of rock mechanics and Ove came to play a prominent role also in this context, demonstrated in e.g. Fundamentals of Discrete Element Methods for Rock Engineering: Theory and Applications (Jing & Stephansson, 2007), and Modelling Rock Fracturing Processes (Shen, Stephansson & Rinne, 1st Ed. 2014; 2nd Ed. 2020).

In 1974, Ove was appointed the first professor of Rock Mechanics at the newly established Luleå University of Technology, LuTH. With great enthusiasm he equipped the division with advanced rock mechanical testing tools, and he also encouraged international students to join the division. At Luleå, Ove supervised about 15 PhD students and thus contributed to place LuTH on the map. During this period, he also explored the icy north to its fullest, including ice sailing on the Gulf of Bothnia and downhill skiing.

In addition to the experimental activities in the laboratory, Ove was successful in funding and conducting large scale field tests in close collaboration with the mining companies Boliden and LKAB. In the Näsliden project in the early 1980s, advanced numerical modelling was employed, and at and the “research mine” in Luossavaara in the mid-1980s, full scale tests of support systems were investigated.

In 1991, Ove was appointed professor in Engineering Geology at the Royal Institute of Technology, KTH, in Stockholm, where he also served as head of the Civil and Environmental Department between 1993 and 1997. The scientific focus was on rock joint characterization, as well as on modelling of rock mechanical processes and rock stress, resulting in 12 PhD graduates.

At the age of his tentative retirement, Ove started a new career as guest professor at TU Berlin and later held a visiting professorship at the German Research Centre for Geosciences, GFZ. He worked in Germany over the last 20 years of his career, continuing with his old subjects but also developing new ones, for example rock mechanical aspects of geothermal exploration.

Ove has been deeply involved in the field of nuclear waste disposal. His expertise within rock stress and coupled thermo-hydro-mechanical processes fitted well with the attempts of predicting the behavior of the disposal over many thousands of years; a requirement for an appropriate design of an underground repository for nuclear waste. In connection to this, Ove conducted and participated in multiple research groups and thus contributed to an enhanced understanding of these complex phenomena, demonstrated e.g. in the DECOVALEX project, as one of the initiators and chairing the secretariat for many years. Since 2011, he acted as the expert adviser in an international collaboration project on coupled fracture mechanics modelling.

As part of his focus on international cooperation, he also initiated and organized a number of ISRM sponsored international symposia on Rock Bolting, Rock Joints and Rock Stress Measurements. Ove was an ISRM fellow and a very active member of the ISRM Commissions, for example the Commission on Rock Joints, which he chaired between 1987-1991, the Commissions on Testing Methods and Commission on Information Technology, as well as active in editing special issues within the International Journal of Rock Mechanics and Mining Sciences. Ove was the first vice president of the ISRM and vice president of Europe between 1991-1995, and thus contributed strongly to the rock mechanics and rock engineering community. Another aspect of international cooperation was his participation in achieving Swedish membership in the Ocean Drilling Program (ODP), and his subsequent work within Downhole Measurement Panel.

Ove has had a global impact on multiple research aspects in the field of rock mechanics, spanning from the single joint analysis to global tectonism. During his long career, he influenced audiences worldwide as a brilliant speaker, and he supervised numerous master students, doctorate students, and post-doctoral fellows. Many of them are now active as specialists in the industry or academia, thus forwarding his legacy.

We will remember Ove as an innovative, positive thinking, enthusiastic, team playing engineering geology professor. Beside his excellent professional and scientific achievements, Ove could explain very complex matters to non-scientists. These traits helped him to fulfil his visions to raise and solve important issues for society. This made him the Ove we knew and respected so much. We are so sad to bid him farewell.

We extend our heartfelt condolences to the Stephansson family.