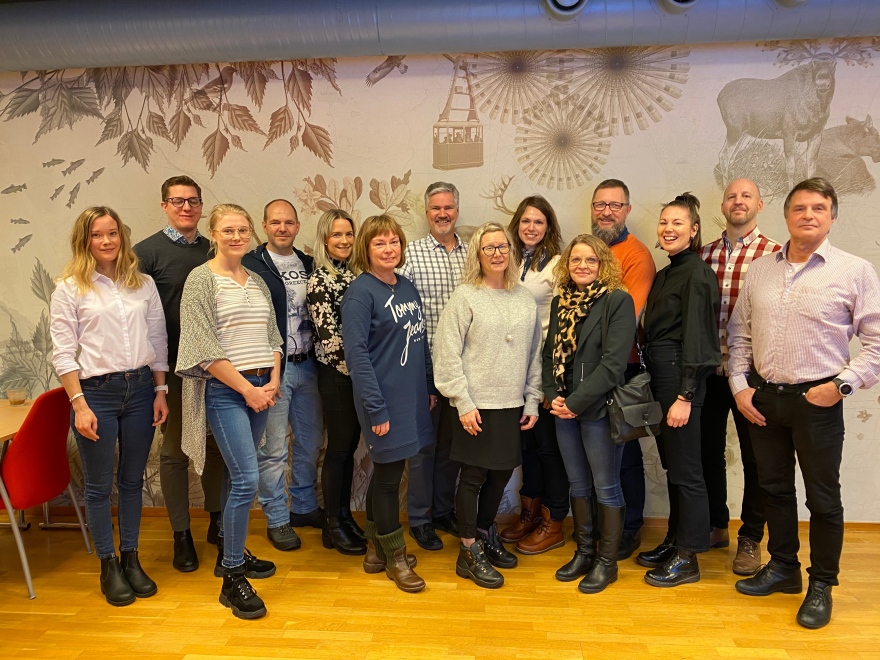 “It is incredibly rewarding to be able to help Kiruna in such a tangible way to deal with the challenges they face with the urban transformation” says Johan Larson, senior lecturer at the Department of Industrial and Sustainable Construction at Luleå University of Technology.

Kiruna's goal is to build a sustainable and climate-neutral city in an arctic climate, which poses major challenges and need changes in many of their municipal processes during the urban transformation. An initial workshop was held in Kiruna between 27-28 January during which representatives from the project partners Luleå University of Technology (Johan Larsson SBN, Mats Westerberg ETS) and RISE together with strategic people from Kiruna's administrations and companies gathered to get to know each other but also draw up guidelines for the project.

“There is much that support innovation in Kiruna, among other things, the Kiruna residents have tremendous pride and patriotism. We see a great motivation to create something good for the future, which is really clear when you see the strong set of people that Kiruna involve in this project” says Johan Larsson.

More about the research project