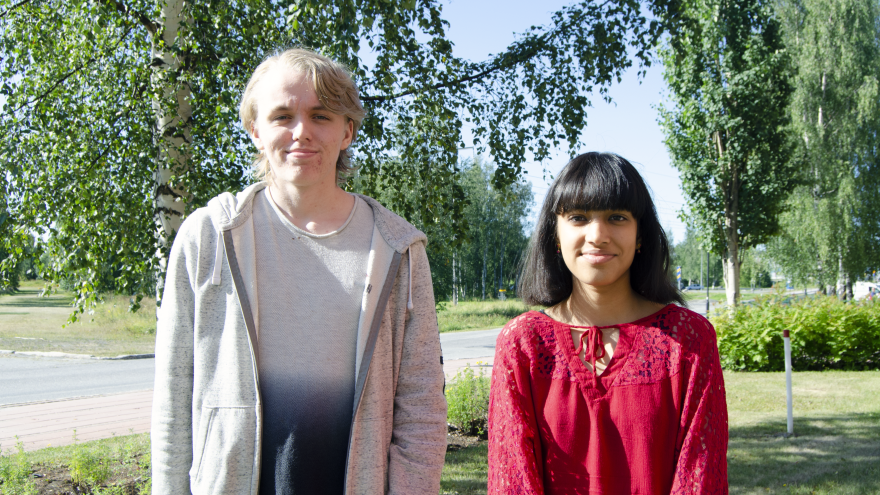 Anja Johansson, chairman of the city planning committee in Luleå, responded to the students' work. 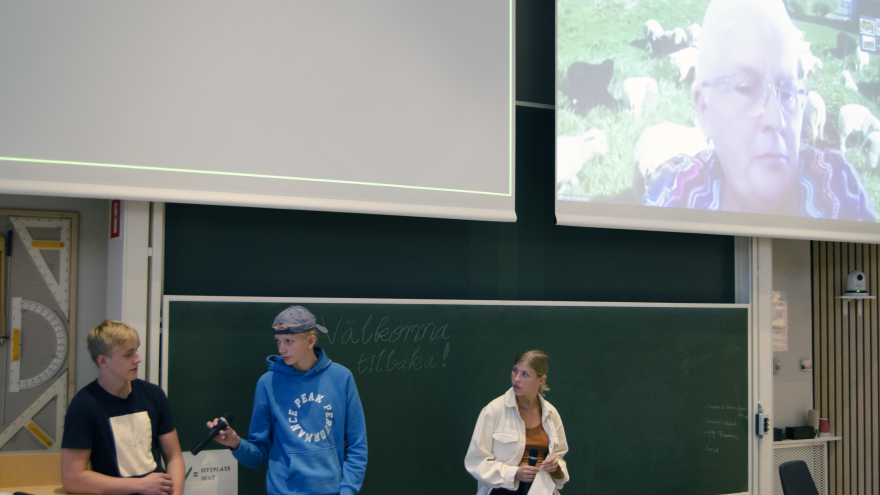 During the summer job, the students made visits to, among other things, construction sites. 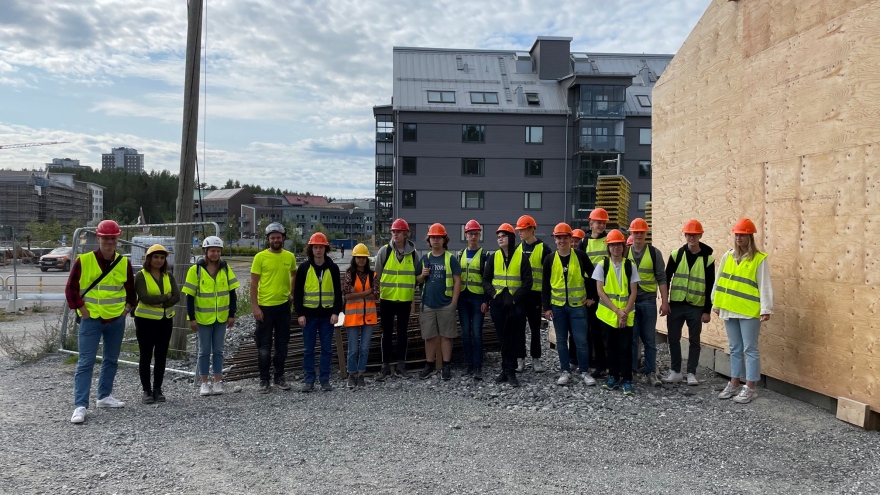 Elina Farsi, student at Luleå university of Technology, have worked as a goup leader. 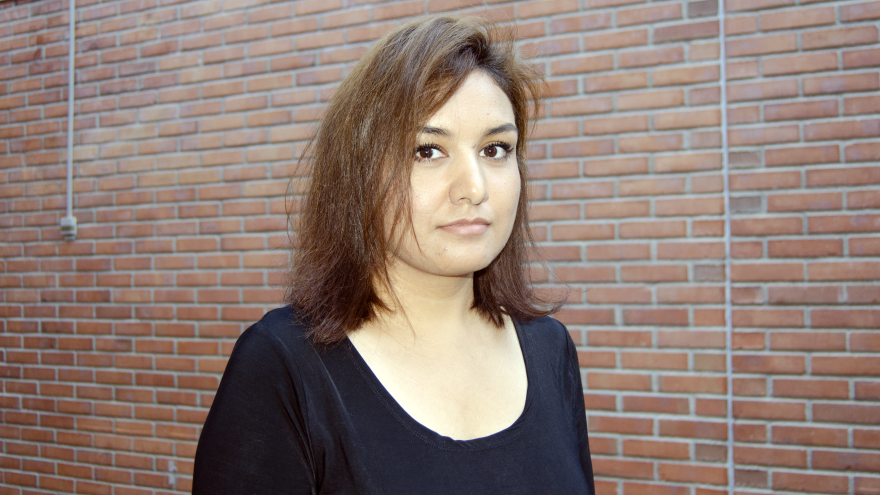 One of the ideas was a high tower. 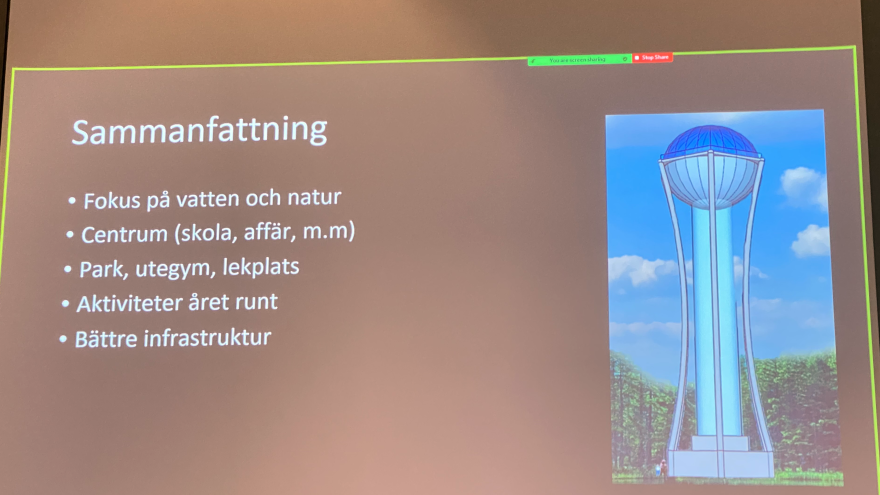 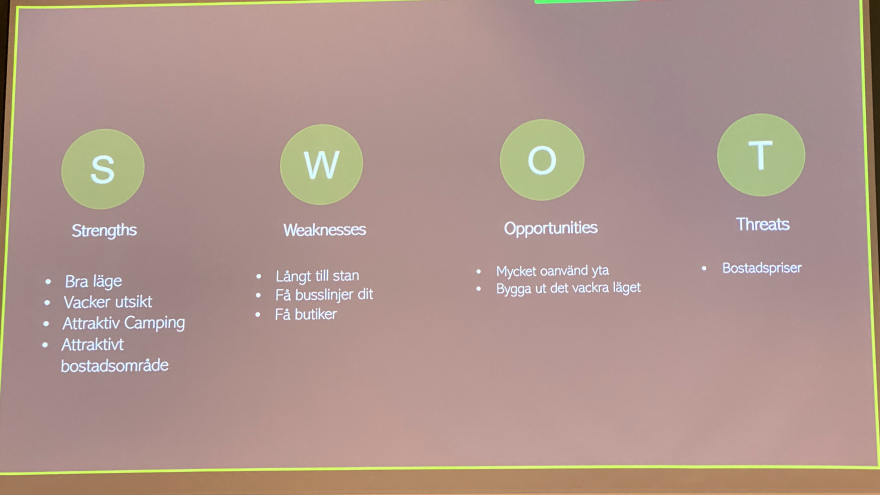 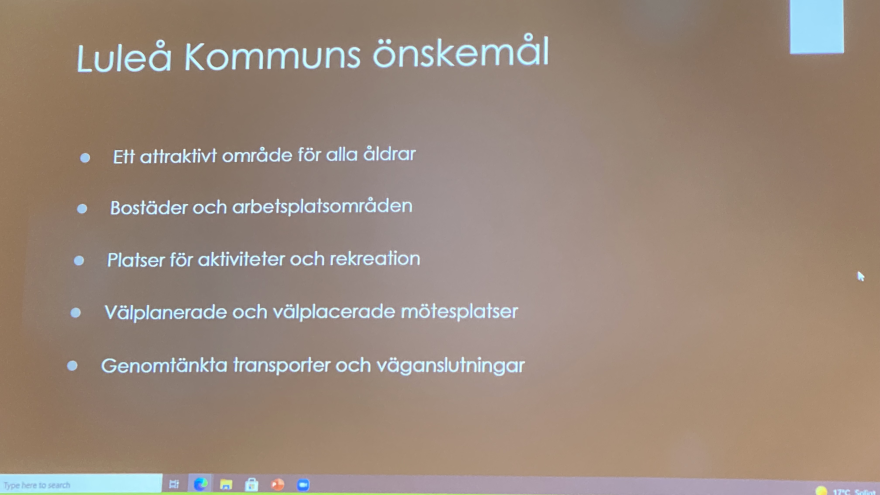 The work has been going on for three weeks, where high school students in different groups have been tasked with showing how the Karlsvik district can be developed and become attractive for all ages. It is about housing, workplace areas with suitable activities, as well as areas for recreation and outdoor life. Oscar Sandberg and Elina Farsi, students in the Master of Science in Architecture program at Luleå University of Technology, have been group leaders for the young people.
"This is the eleventh year that this summer project is being implemented. This is the first time I am a group leader. It has been fun to see the students' ideas. They have gained a lot of knowledge, we have also made visits to different companies", says Elina Farsi.

The goal of the project is for high school students to gain insight into the tasks, areas of technology and challenges that the construction industry can offer. The purpose is to arouse young people's interest in the construction industry and that more people apply for education in the area at Luleå University of Technology.
On 13 August, it was time for groups of young people to present their proposals.
Five groups presented a number of creative proposals, which included new residential areas, parking solutions, infrastructure and areas for socializing as well as leisure activities.
They had the headlines Karlsvik nature and pleasure, Activities that benefit nature, Karlsvik is the future, New-old Karslvik and The pearl of Norrbotten.
The students had initially visited and investigated the conditions for the Karlsvik area, which houses everything from housing, a railway museum, camping and bathing areas.
Based on a swot analysis, where risks and opportunities were noted, they planned for a development of the district. They learned new computer programs to visualize their ideas.

Among many other things, there were suggestions for ice roads to the center of Luleå and Mjölkudden, a hotel out in the water, a sculpture park and a floating spa, inspired by Arctic Bath in Harads. In addition to housing in new locations, some very close to the water, proposals were included for a center with, among other things, a shop and parking spaces, often below ground level. The sustainability perspective was included in several of the proposals, such as solar cells. The infrastructure was something all the groups talked about . The cycle path, should be improved, the buses should run more often. There was also a proposal for a commuter train to Karlsvik from Storheden.
One of the more spectacular proposals was to build a 78 meter high tower.

Anja Johansson, s, chairman of the city planning committee, was one of the representatives from Luleå municipality who commented on the students' work.
She was impressed by the students' presentations and thought that there was a lot to think about.
"Among other things, the infrastructure, such as the cycle paths", she said.
Two of the students who participated are Dennis Karlsson, who attends the technology program at NTI high school and Vachana Javali, who attends the same program in Luleå municipal high school village. They think it has been a good summer job and that they have learned a lot.
"It's been a lot of fun. The most fun was learning the modeling program and Photoshop", says Vacha Javali.
Dennis Karlsson thinks it has been interesting to try something new.
"And to see how you can think to make a city better".
Both of them especially appreciate the visit they made to the Kronan residential area and the information about the thoughts behind the planning of the district.
Maria Wallander, project manager at Career center, has coordinated the project.
She praised the students at the presentations.
" The high school students have done a great job and it was exciting to hear their proposals. The students from the university, who are employed as group leaders, have done a great job of guiding and inspiring the young people", she said.

Education in the field of sustainable and attractive community building 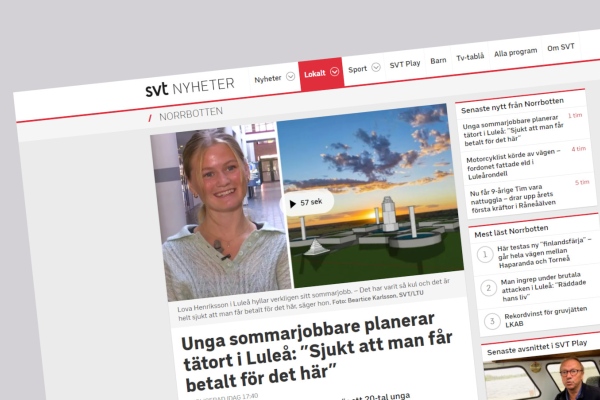 On Friday, creativity flowed when about 20 young summer workers got to present how the urban area of Karlsvik in Luleå can be developed. The task: to create an attractive residential area for all ages and the project has, to say the least, fallen into good soil.