Stephanie Robertson at the restaurant STUK. 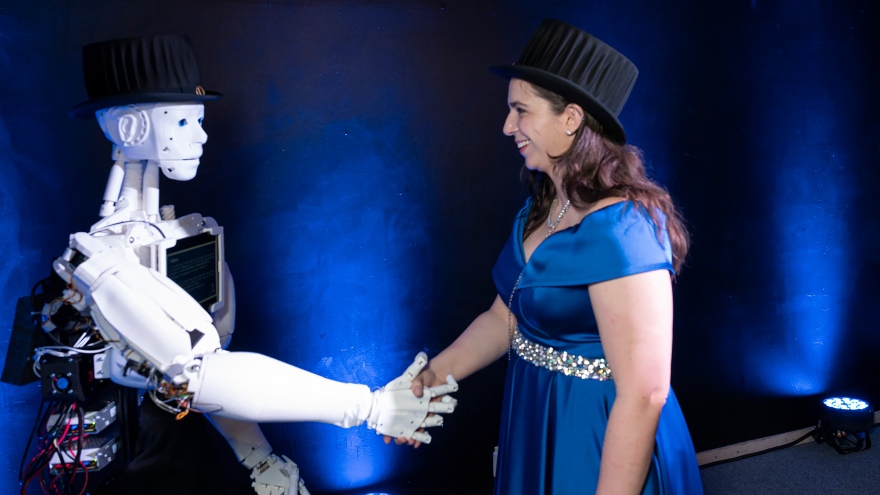 During Academic Ceremony at Luleå University of Technology, 46 new doctors received their hats. 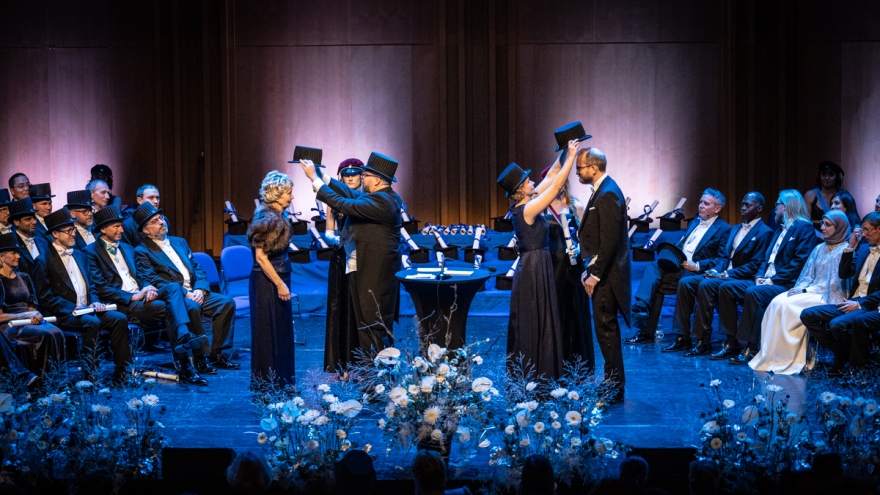 The ceremony was held in Kulturens hus, Luleå. 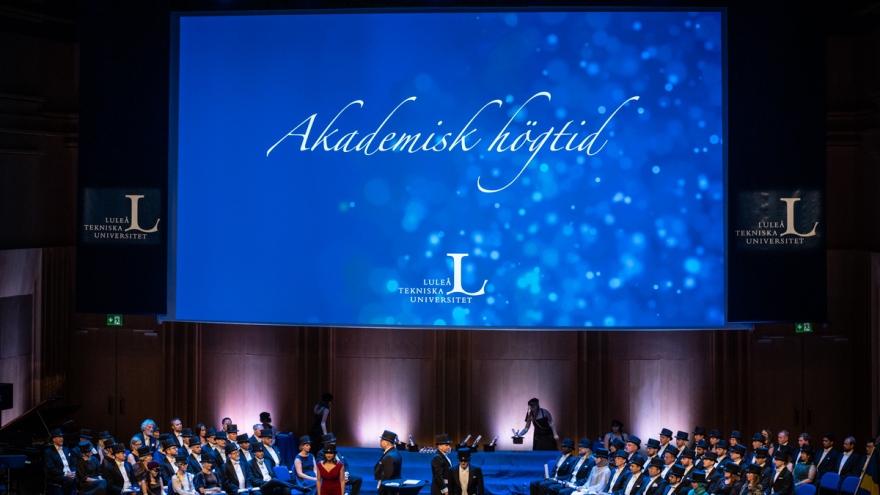 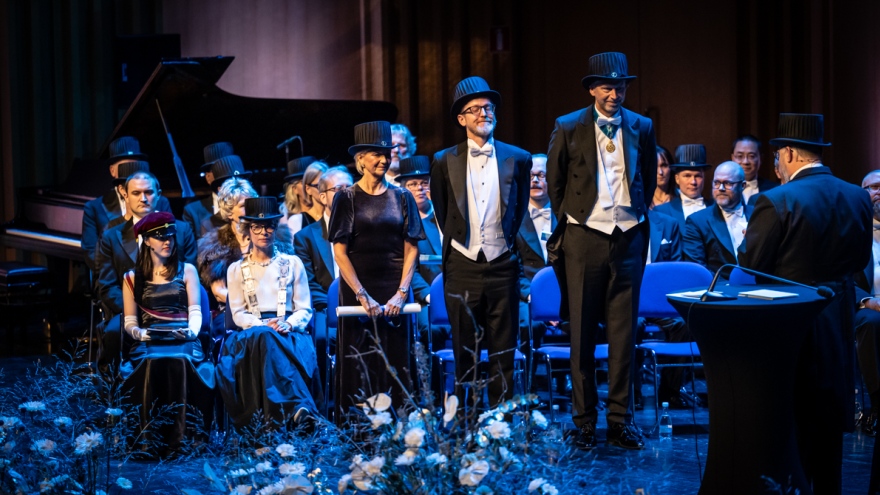 Vice-Chancellor Birgitta Bergvall-Kåreborn opened the ceremony with her celebratory speech. 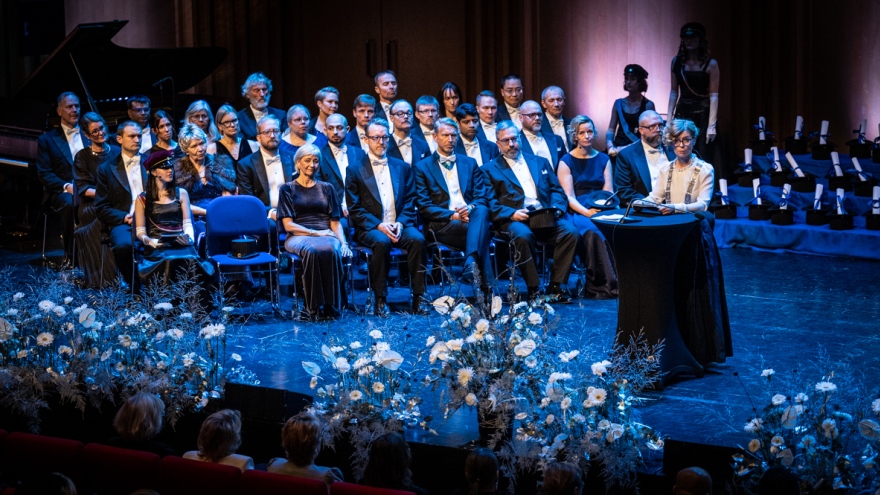 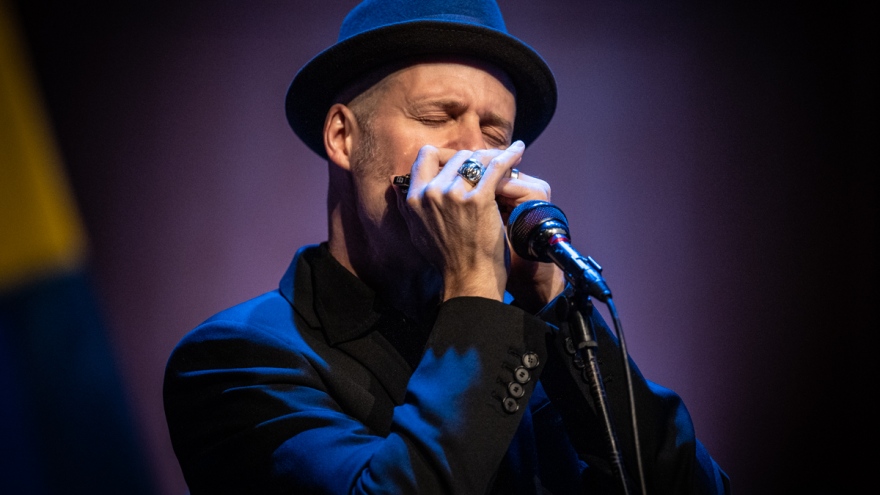 The Chamber Choir of The School of Music, Luleå University of Technology, entertained. 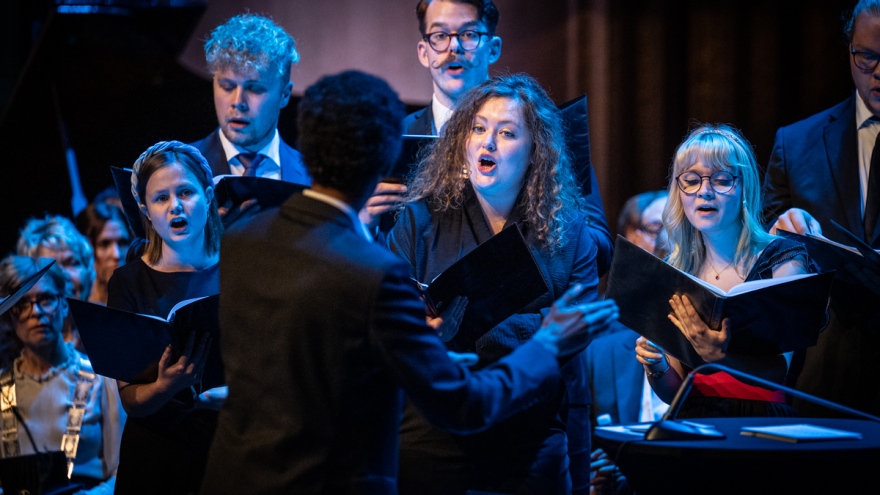 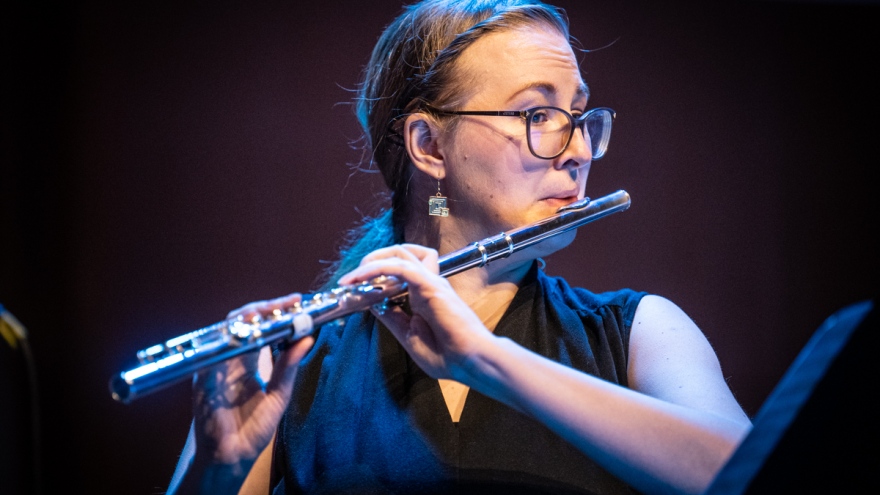 Vattenfall's prize for best thesis was awarded by Yvonne Björnström, it went to Joel Andersson. 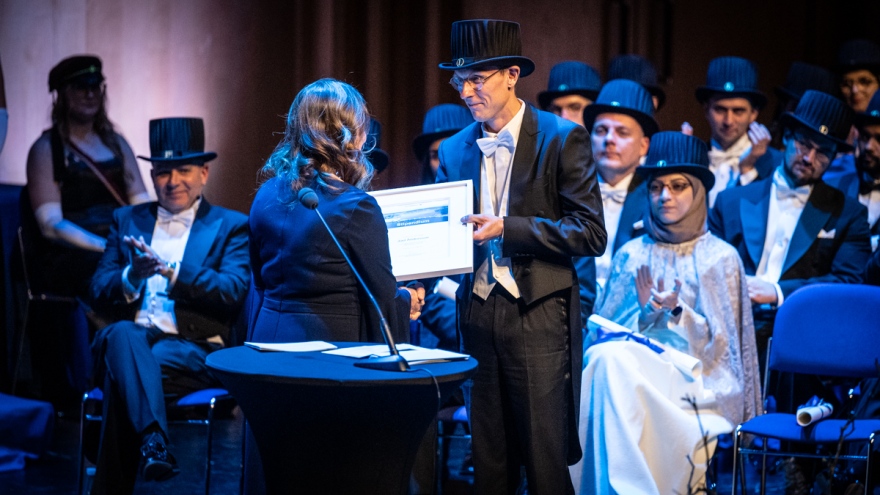 Nordea's scientific prize for researchers at Luleå University of Technology was awarded by Anna Edin and received by Farid Ahktar. 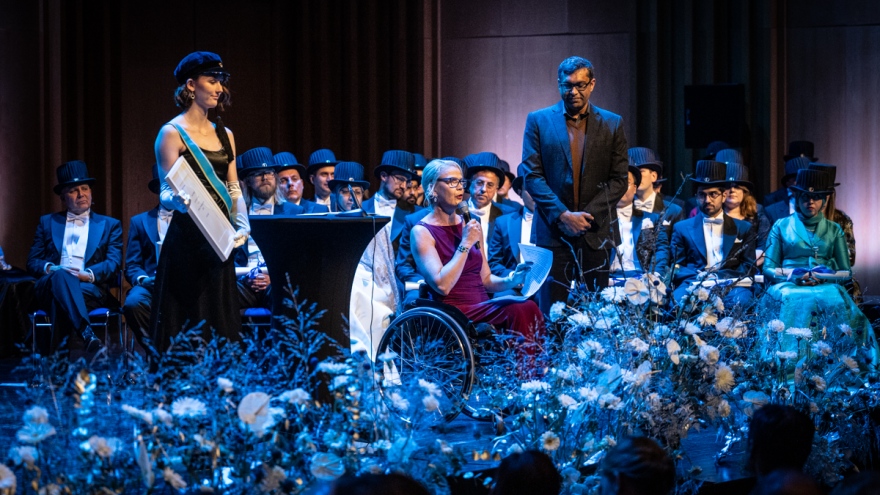 The prize of The Royal Skyttean Society was recieved by Oisik Das, senior lecturer, Structural Engineering. The prize was awarded by Cathrine Norberg, Pro Vice-Chancellor. 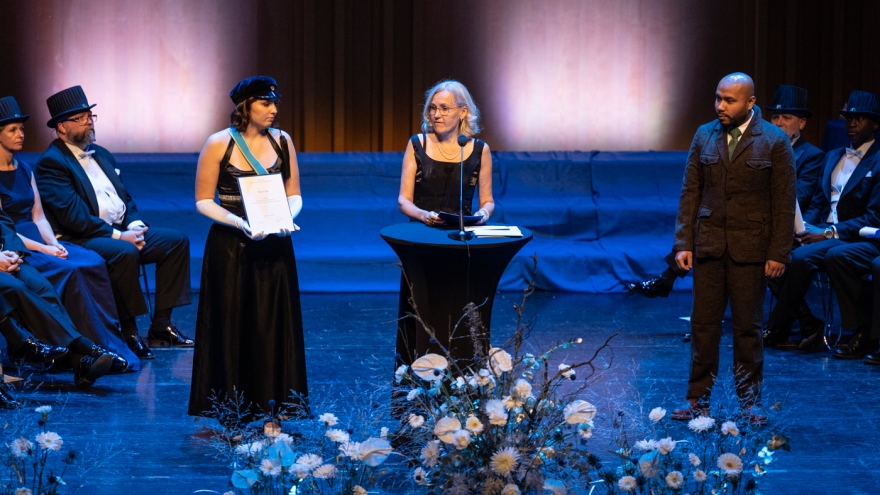 The Student association of engineering's prize for praiseworthy supervisor contributions in the PhD program was awarded to Kelsey Flanagan. 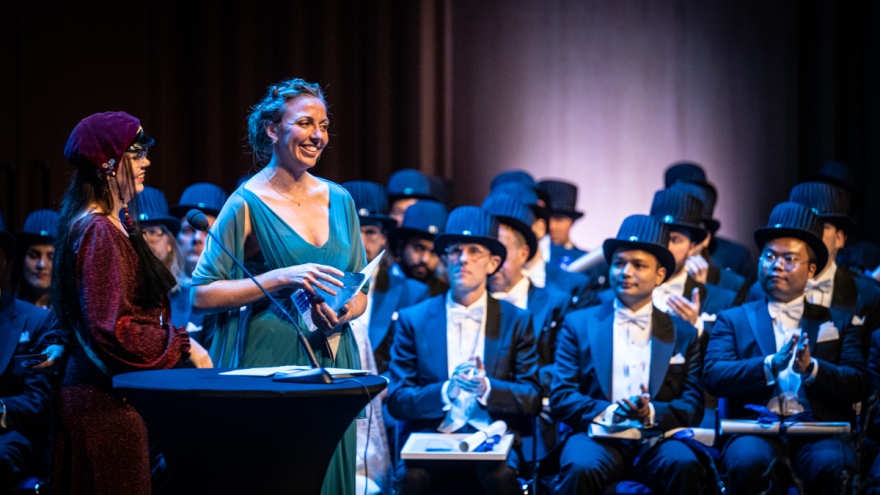 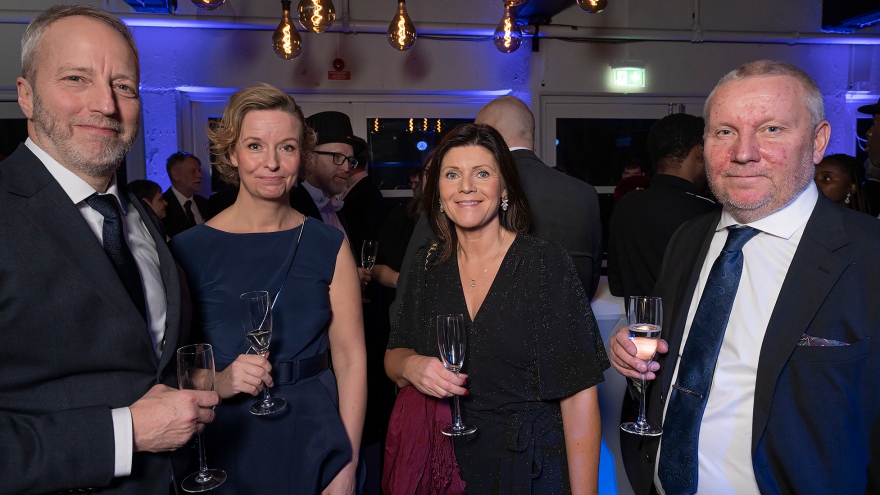 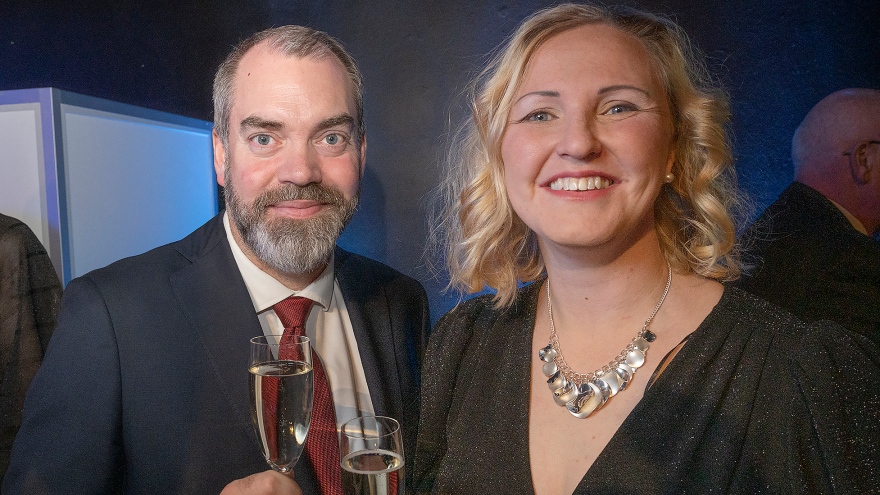 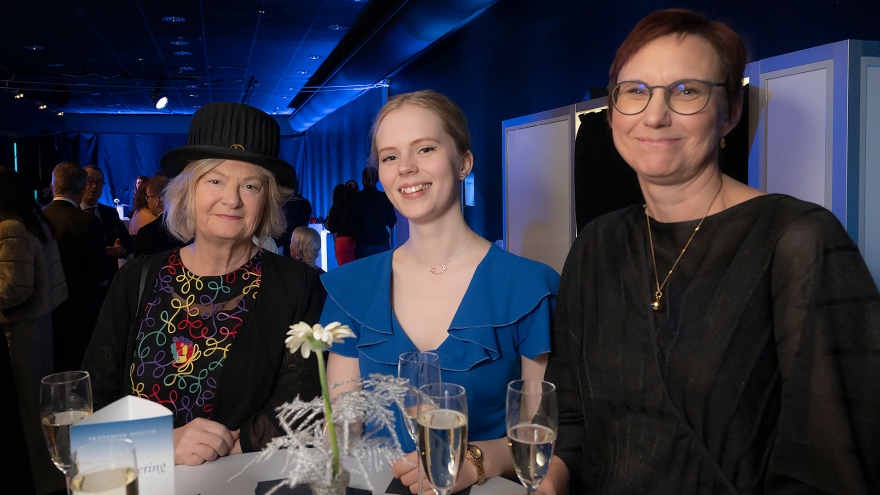 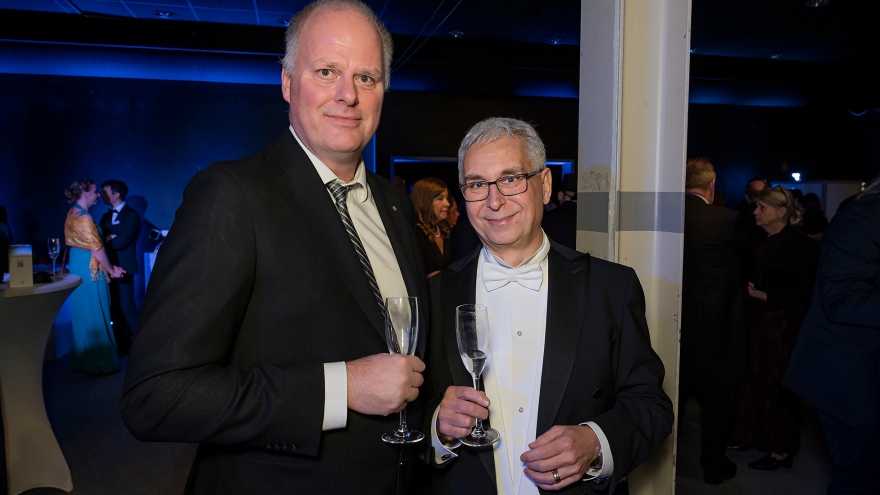 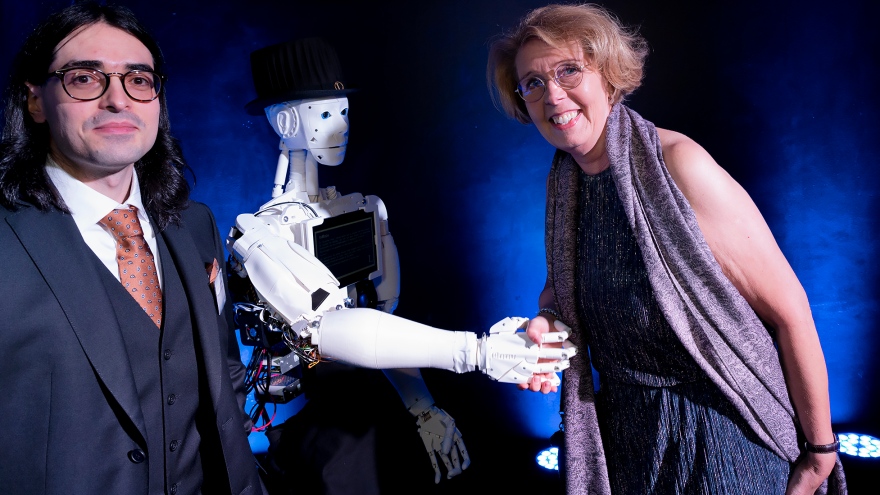 Heather Jacksic and Marlene Merilä, both at the Centre for Educational Development and recipients of the university's VSS award. 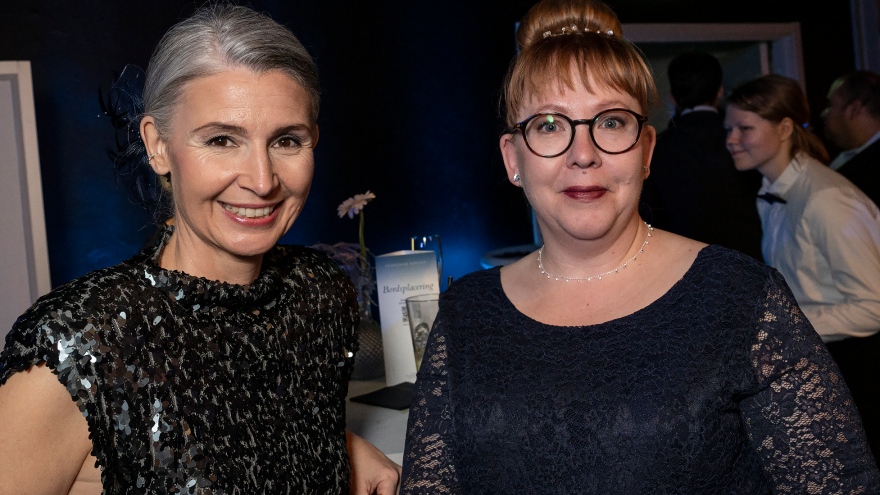 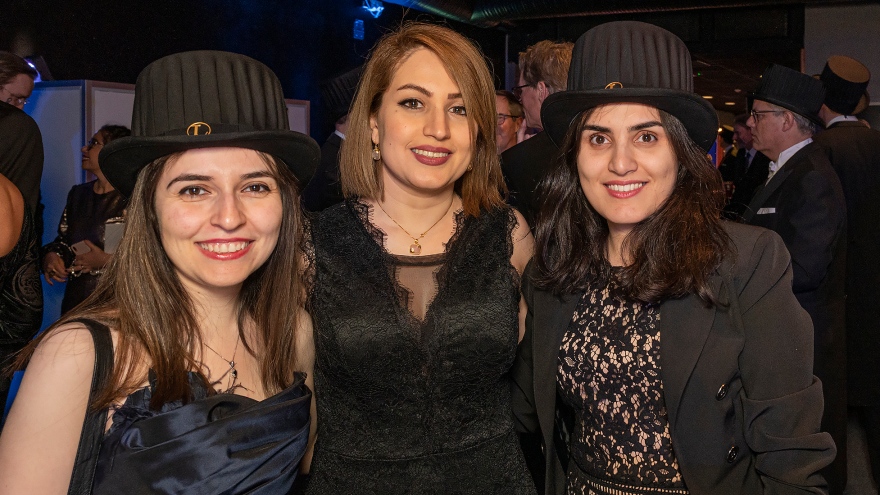 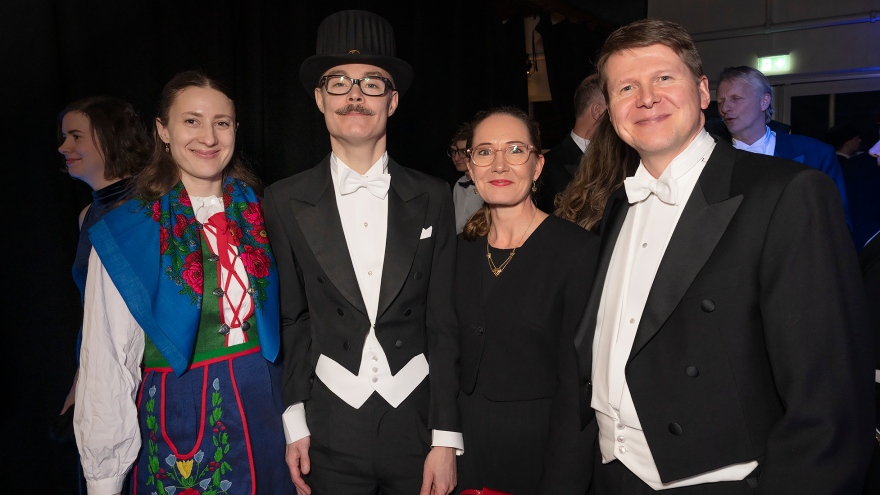 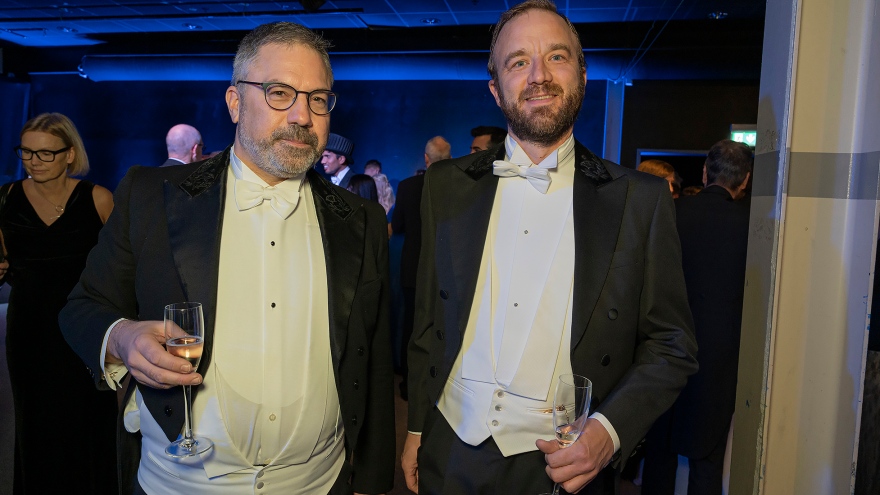 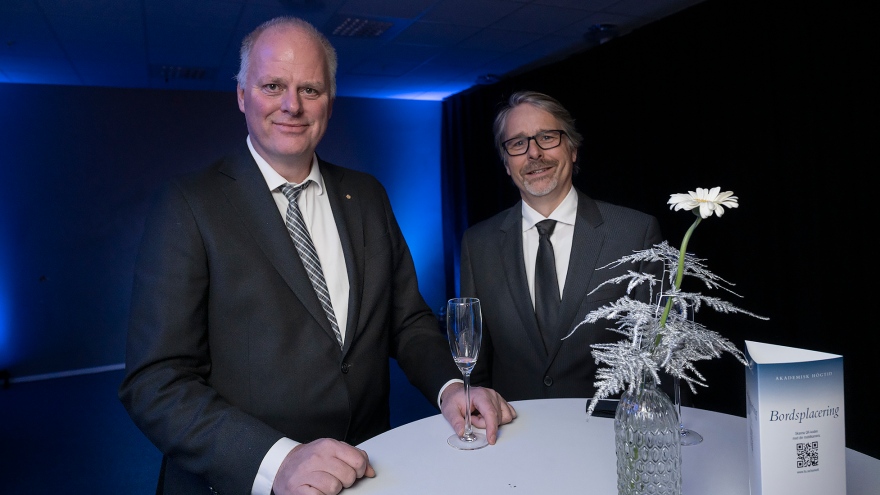 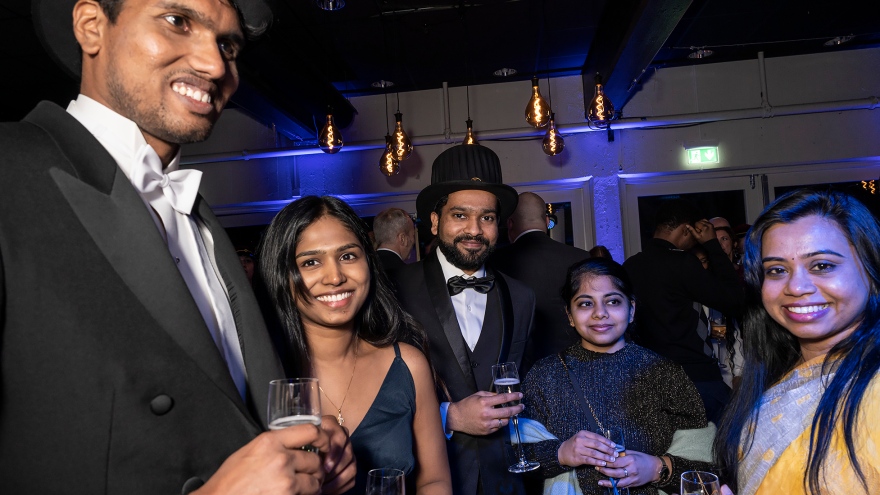 Trio Biff played during the mingle. 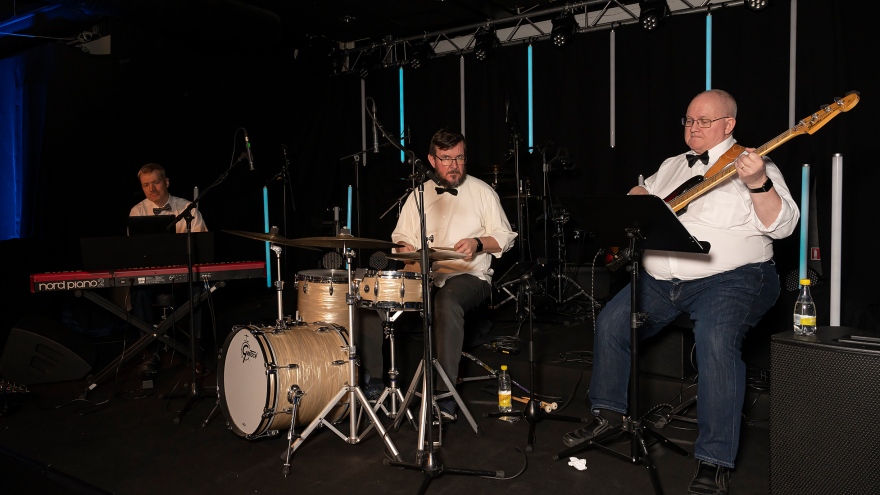 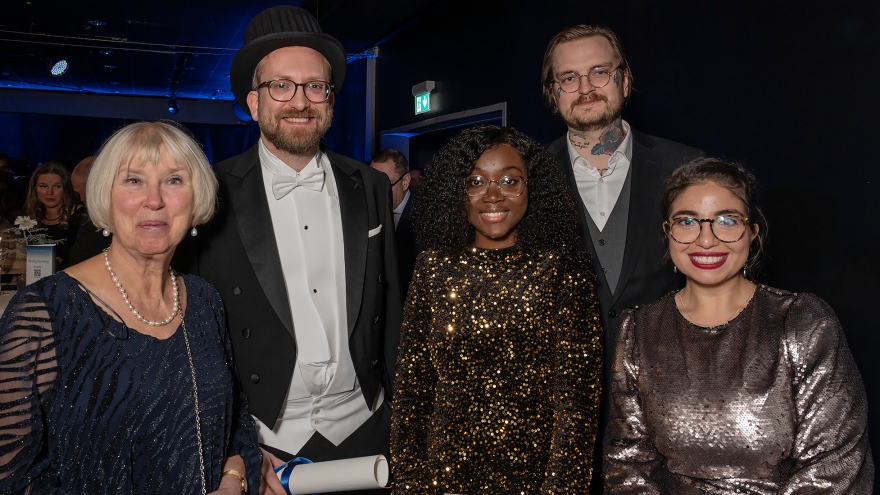 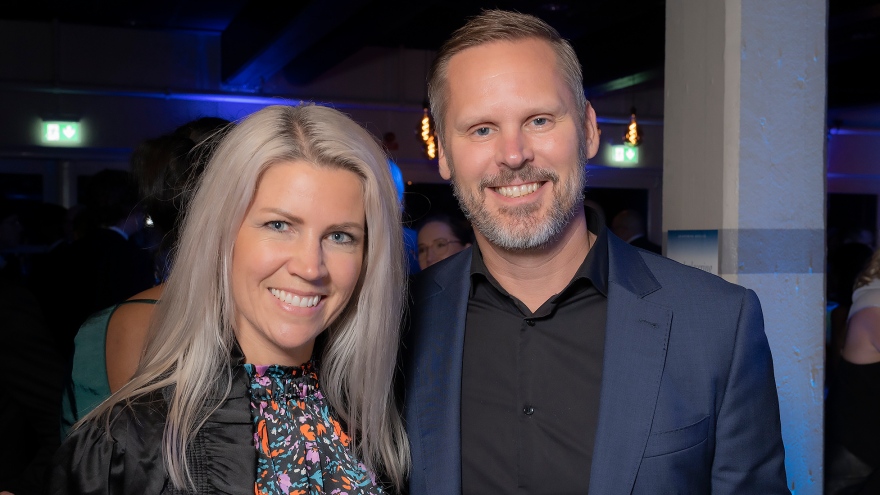 During the banquet, Vice-Chancellor Birgitta Bergvall-Kåreborn gave a speech about our everyday life with AI. She was joined by the robot dog Spot. 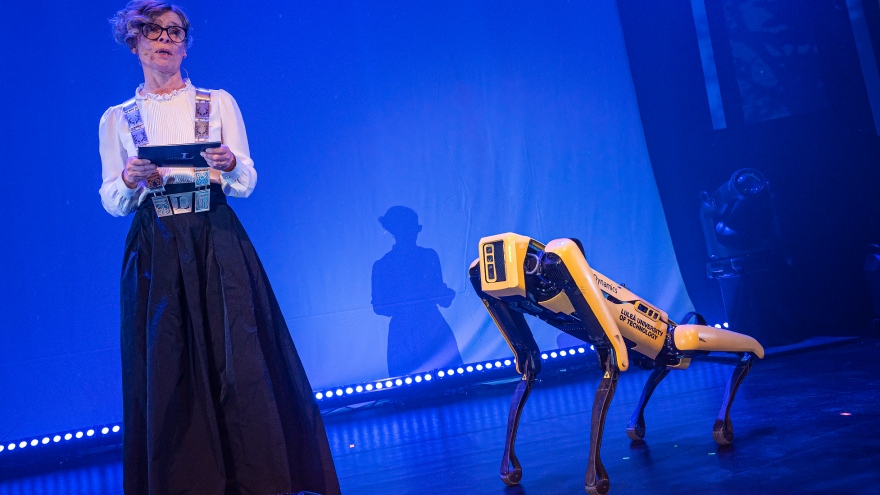 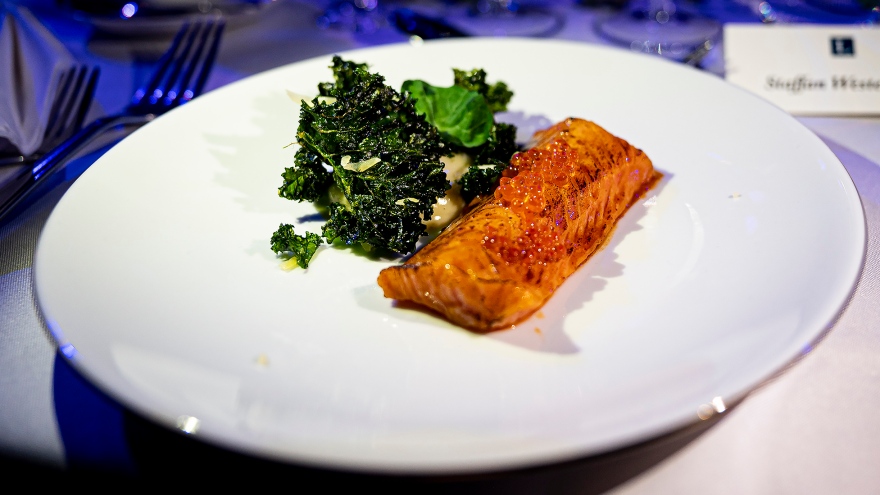 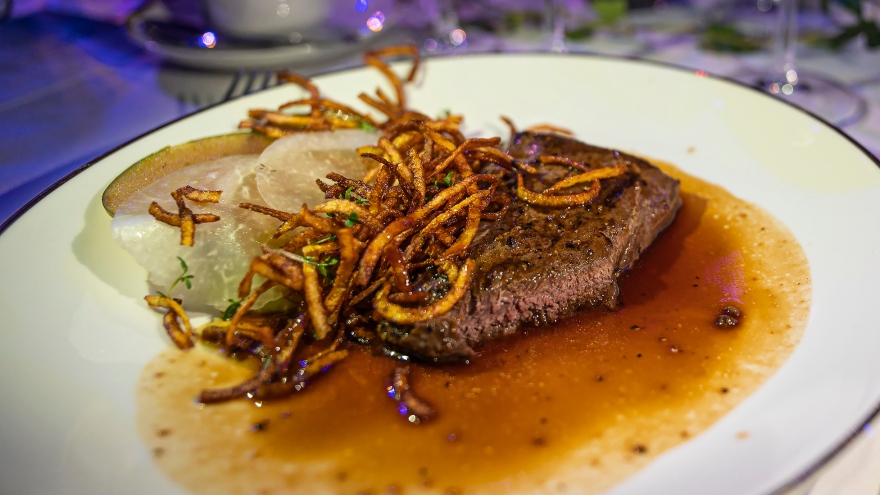 For dessert the guests received "Bog gold" with cloudberries. 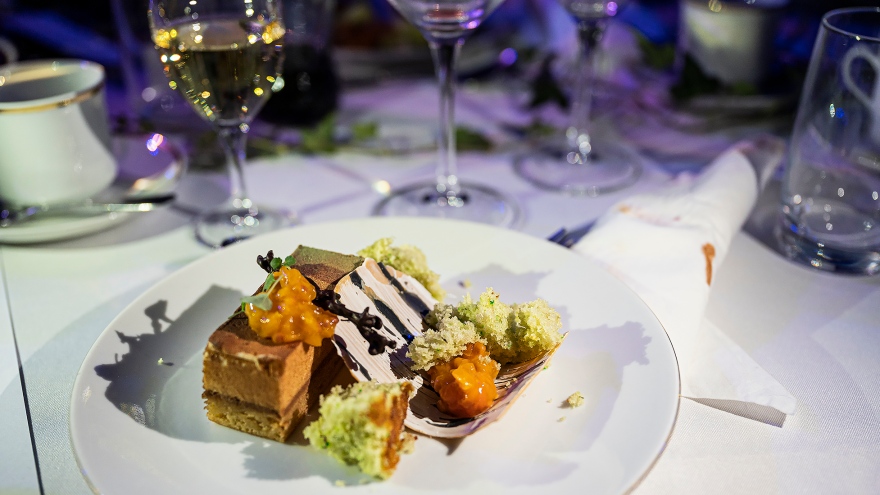 ”I warmly welcome you to Luleå University of Technology's Academic Ceremony for 2022. A celebration of the results of many years of committed, concentrated and dedicated work are highlighted and praised, and when collaborations between researchers and the surrounding society are made visible”, said Vice-Chancellor Birgitta Bergvall-Kåreborn at the ceremony at Kulturens hus.

"Research creates hope and a belief in the future. A belief that we can create societies that consciously and actively strive towards the global climate goals through scientific progress and changed behavioral patterns in all of us", said Birgitta Bergvall-Kåreborn

During the ceremony, the guests listened to Jenni Halonen, flute, James Jenkins, piano, Mikael Bäckman, harmonica, Ulrika Weinz, electric guitar and vocals, Walter Weinz, drums, and the chamber choir from the College of Music at Luleå University of Technology, under the direction of conductors Raphael W. Selassie and Maria Andrejic Bengtsson. Fanfares were performed by Ida Eklund, trumpet, and Alexander Eriksson, trombone.

During the banquet, the film "Dancing with Drones," a collaboration between Luleå University of Technology's robotics researchers and Norrbottensteatern, premiered. Liv Trulson, a former student at the university, performed a dance, Helga María Ragnarsdóttir and Simon Bergwall as well as Trio Biff performed and the men's choir Snapsakademin sang.

Luleå restaurant, Hemmagastronomi, was responsible for the food under the direction of Chef Simon Laiti. The starter consisted of cured rainbow trout with sea buckthorn glaze, trout roe, kale, pernod emulsion and Svedjan cheese. For the main course, reindeer sirloin with pickled apple and kohlrabi, herb emulsion, baked Jerusalem artichoke and apple-mustard sauce was served, and for dessert the guests received “Bog gold” with cloudberries. The evening ended with music by STHLM JukeBox and a DJ.

Read about the exciting lectures of the honorary doctors

Read about and watch the videos with the new professors

Here you can watch the film Dancing with drones