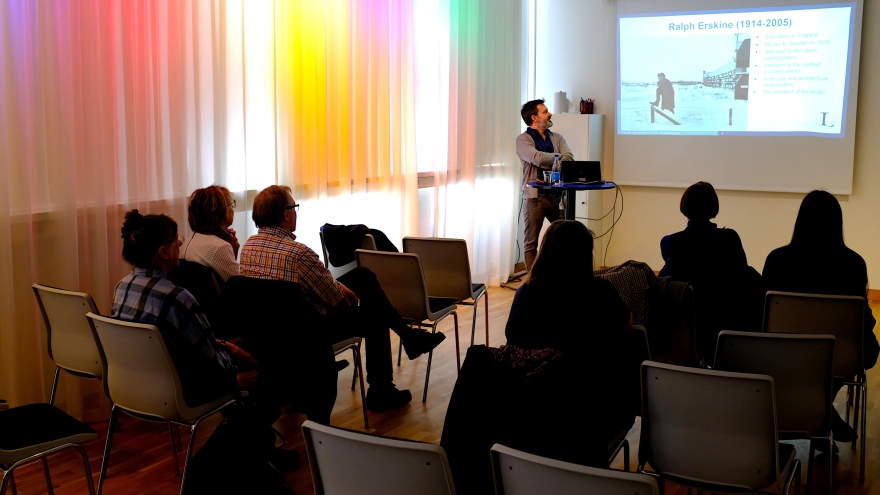 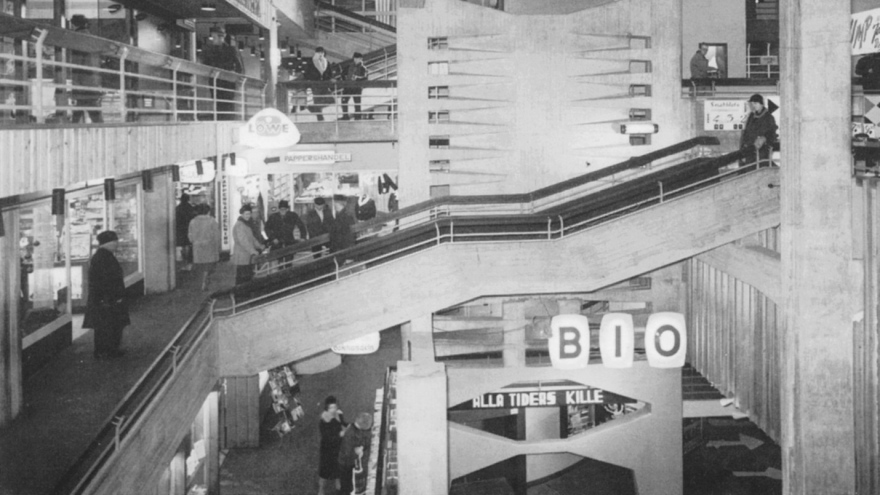 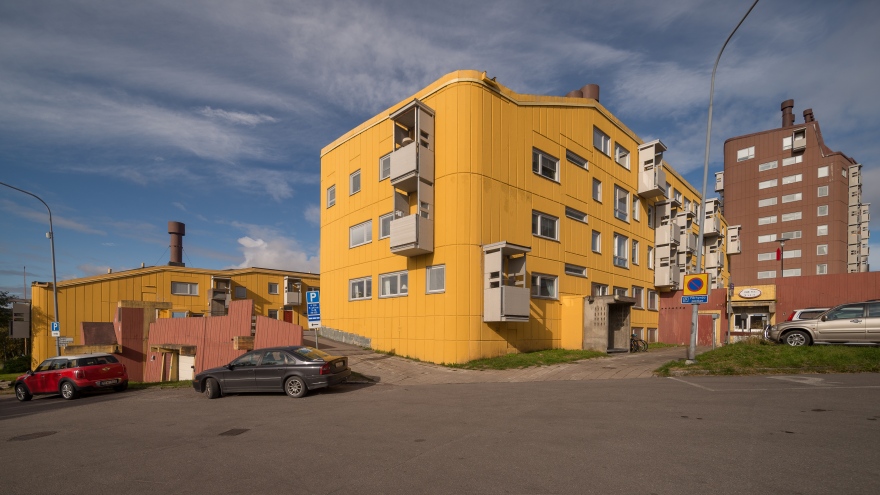 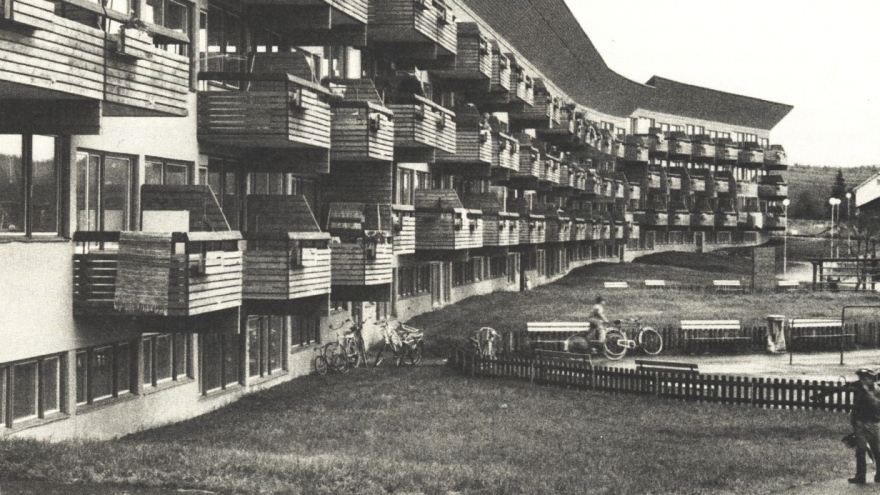 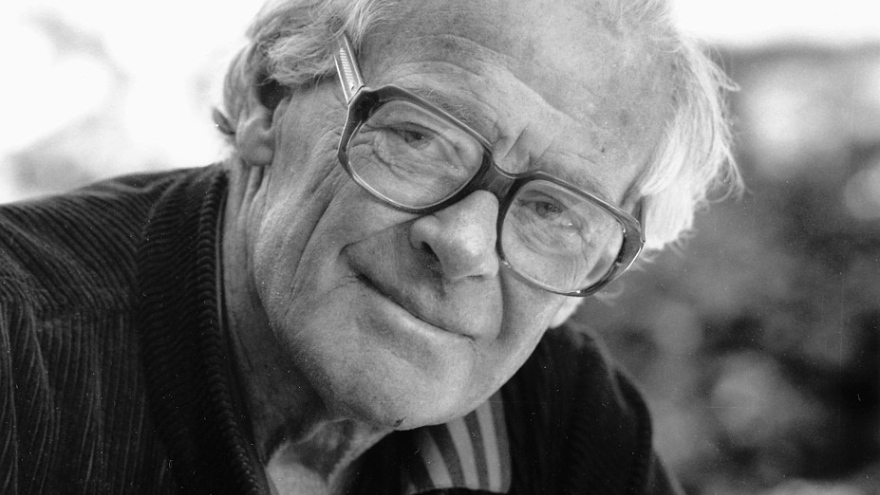 Ralph Erskine (24 February 1914 – 16 March 2005) was a British architect and planner who lived and worked in Sweden for most of his life. During the 1930s, Erskine studied architecture for five years at the Regent Street Polytechnic, London under the direction of Thornton White.

Andrea Luciani gave a lecture, Erskine and his Arctic architecture in Norrbotten , at the Norrbotten Museum recently. The focus of the lecture was on the building Shopping in Luleå, the world's first indoor shopping center with several functions such as shops, cinema and restaurants, as well as the residential buildings Ormen lange in Svappavaara and the Ortdrivaren neighborhood in Kiruna.

Ralph Erskine worked in northern Sweden between 1955-1965 and was known for adapting his works to the place and climate where they were performed. He placed great emphasis on how cold winds can be stopped, how light and shadows fall during different seasons, but also, how snow can act as insulation and save energy. In many ways, Ralph Erskine was far ahead of his time. But with the Ormen lange residential complex in Svappavaara, the criticism became harsh at times.

"Svappavaara was a new mining community under construction that would attract miners from all over Sweden. But of Erskine's original design for the area, just under half was built. A business center became a store and so on. That was probably part of the reason why people did not like it", says Andrea Luciani.

In a magazine for miners in the late 1960s, complaines were; Ormen lange is a labor camp, a godless yellow company residence where the only fun is the condom vending machine. In another magazine, the headline was idiocy in the Wilderness .

"The harsh criticism coincided with the big mining strike, so it was perhaps also a sign of the times. Erskine got some redress a few years later when a resident woman was interviewed and enjoyed herself in the area. Her only complaint was that the concrete playgrounds destroyed the children's clothes very quickly", says Andrea Luciani.