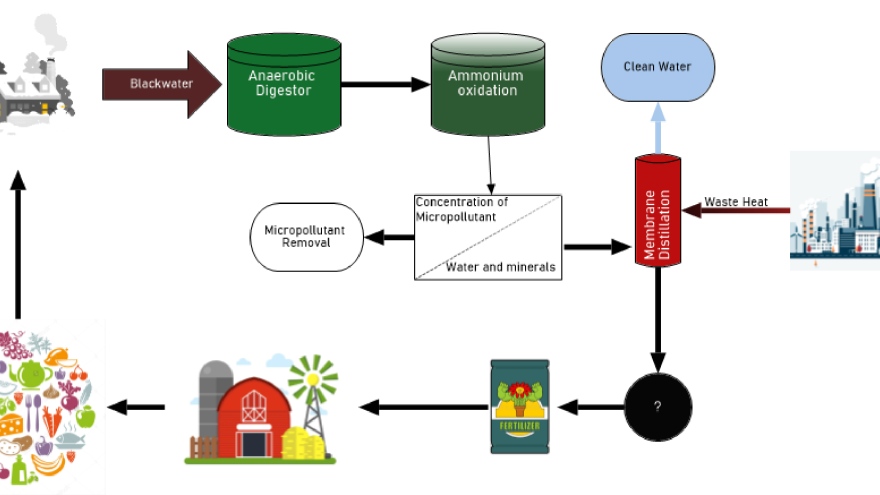 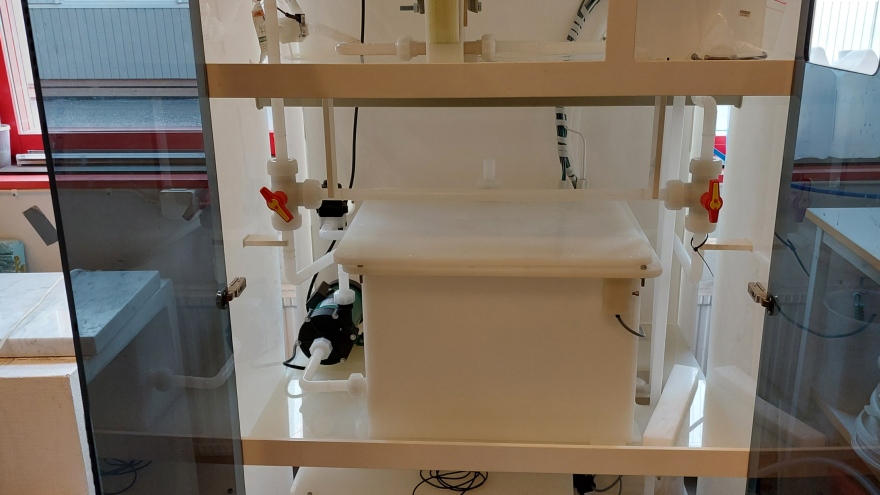 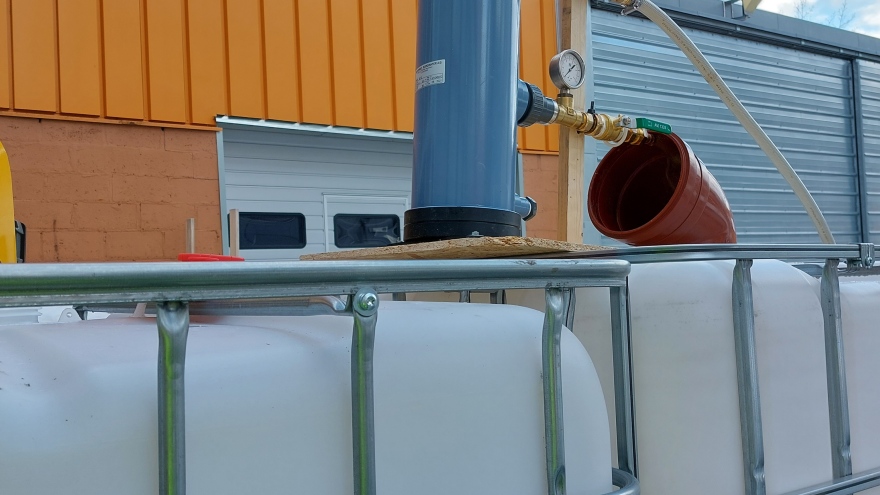 After we consume our food, these nutrients are excreted and flushed to a wastewater treatment plant. There, phosphorus and sometimes also nitrogen have to be removed to prevent eutrophication in the receiving water.
In her PhD research project, Stephanie Rusch Fehrmann therefore focuses on mainly three parts, biological ammonium oxidation, removal of organic contaminants and concentration of nutrients in order to obtain a fertilizer from blackwater.

Concentration of nutrients
This ongoing study focuses on the concentration of the nutrients in blackwater with an air gap membrane distillation. Membrane distillation is a technology that produces distillate water and may use waste heat. This technology has been mostly studied for the desalinization of drinking water. Yet in this research project, the main interest is the retentate, i.e. everything that has not evaporated and contains minerals, including useful nutrients. One of the challenges is that most of the nitrogen found in blackwater is ammonium, a volatile compound that can cross a distillation process. Therefore, phosphoric acid was added after filtration to prevent the ammonium to evaporate. In the first studies, different pH and temperatures have been tested and it was found that the technology works for down concentration from 10 to 5 liters. The next step planned is to concentrate 100 l to 5 l at 55°C.

Biological ammonium oxidation and degradation of organic contaminants
To overcome the problem of ammonium in a more sustainable way, a study with a moving bed biofilm reactor is planned. The aim of this research is to find out the best dissolved oxygen concentration and hydraulic retention time for the biological transformation from ammonium to nitrate.  Another advantage of the approach of stabilising the nitrogen is that no oxygen needs to be added to the process. An additional advantage is that the enzyme that oxidizes ammonium has the potential to also oxidize organic contaminants. Other technologies such as ultrafiltration or granular activated carbon may also be studied in this project.