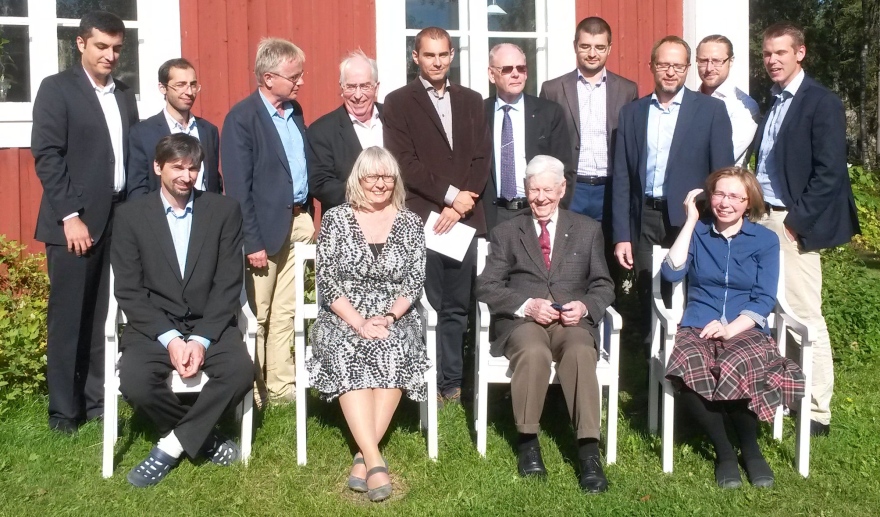 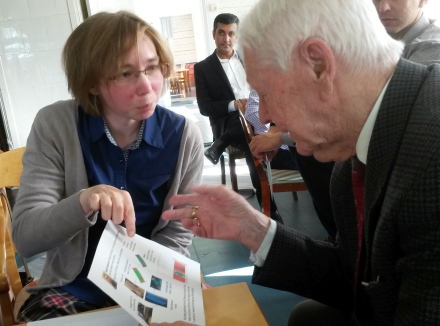 The scholarship holders each received 30 000 SEK. Professor Yongming Tu was granted 20 000 SEK for his work with computer modeling of structures. Furthermore SEK 80 000 was granted for research on self-healing concrete and for upgrading of the laboratory at the Division of Structural and Construction Engineering.

In connection with the event some of last year's scholarship holders  accounted for how they had used the money they had received. 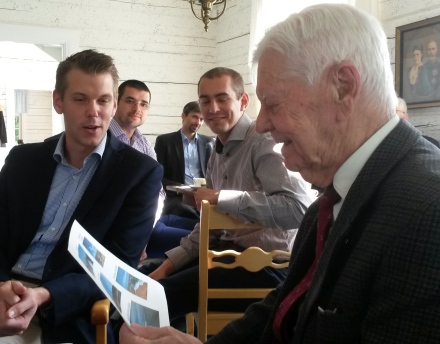 Niklas Bagge tells Sven Thysell about the testing to failure of the Mine Bridge in Kiruna. Listeners in the backgrounds are prof. Andzej Cwirzin flanked by scholarship holders Cosmin Popescu and Cristian Sabau.

Fayez Sayahi has studied cracking in young concrete, Niklas Bagge the load-carrying capacity at failure of the Mining Bridge in Kiruna and Cosmin Popescu strengthening of walls in houses.