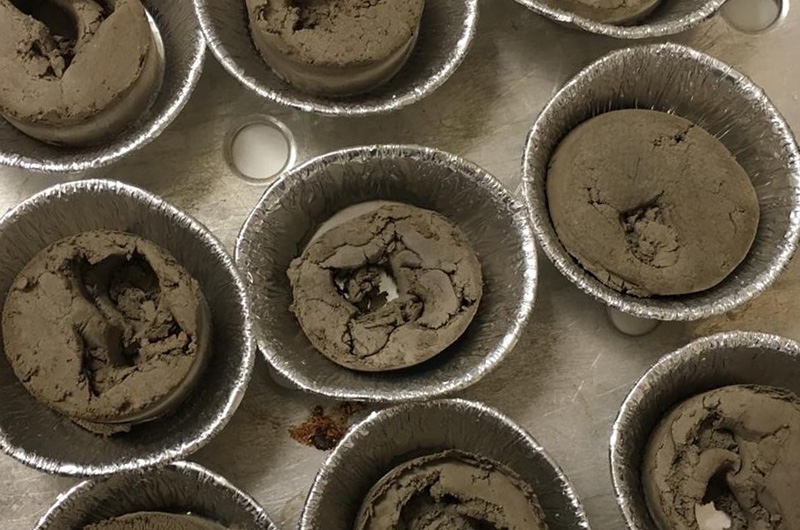 Test sieves are for determination of particle distribution . Both dry sieving and wet sieving can be carried out. Sieving determines the particles size down to 63 un. For the finer portion, sedimentation metho_d is used.

Hydrometer
It is used for determining the size of the particles smaller than 63 μm by sedimentation.

Pycnometer
For the determination of the particle density. 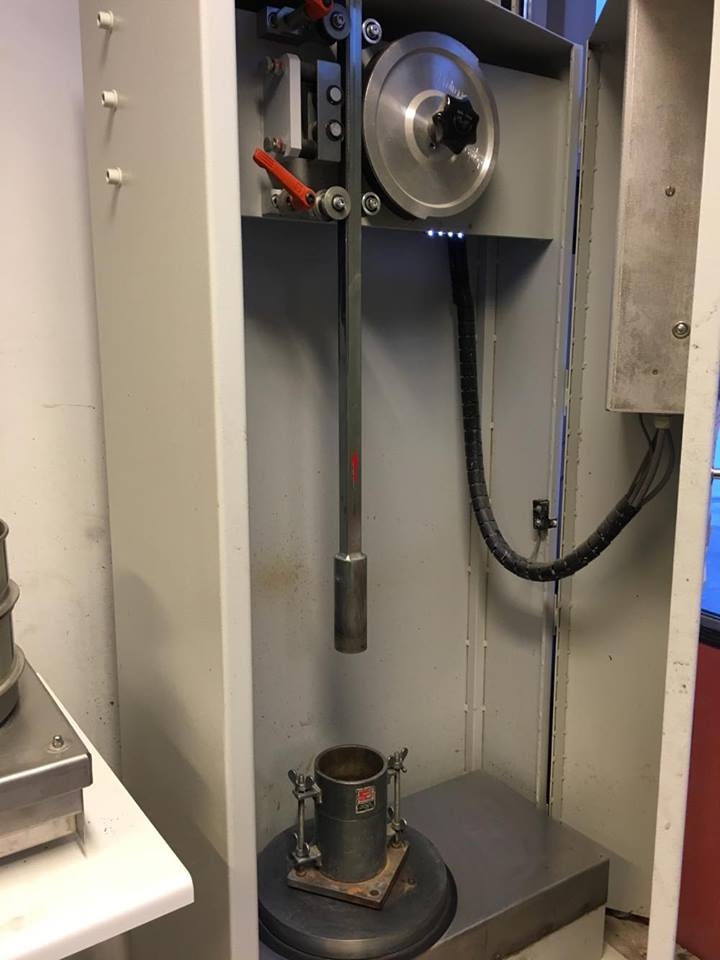 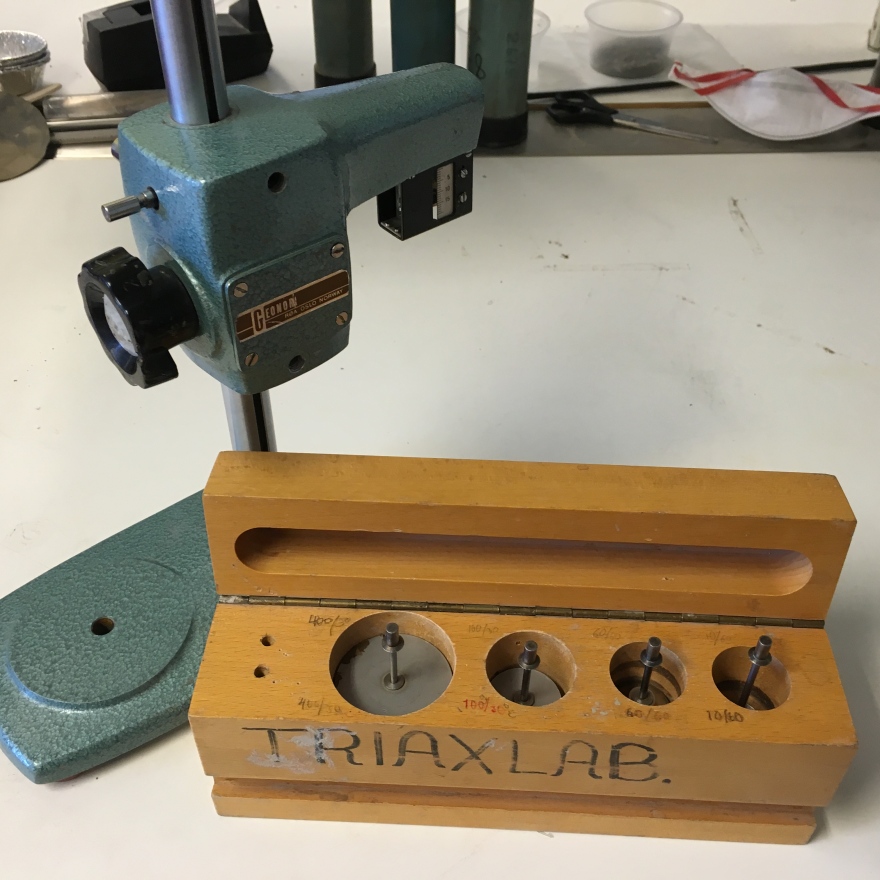 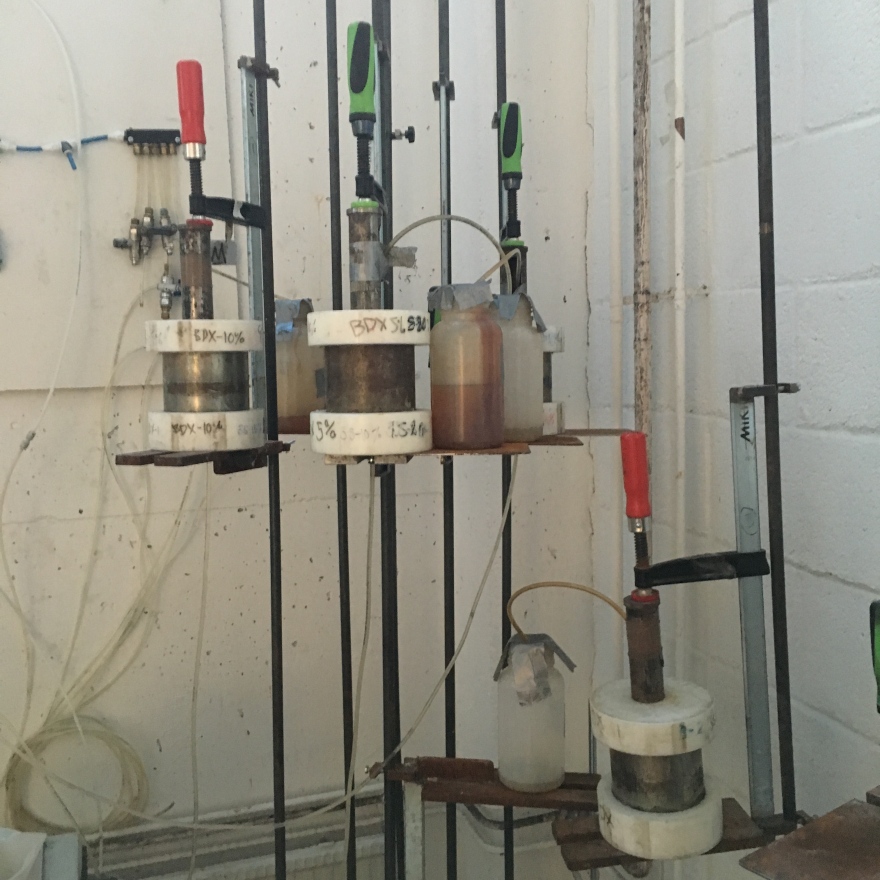 Permeameter
Permeability of a soil is determined by Darcy's law, and it is either done by constant water head or falling head method. 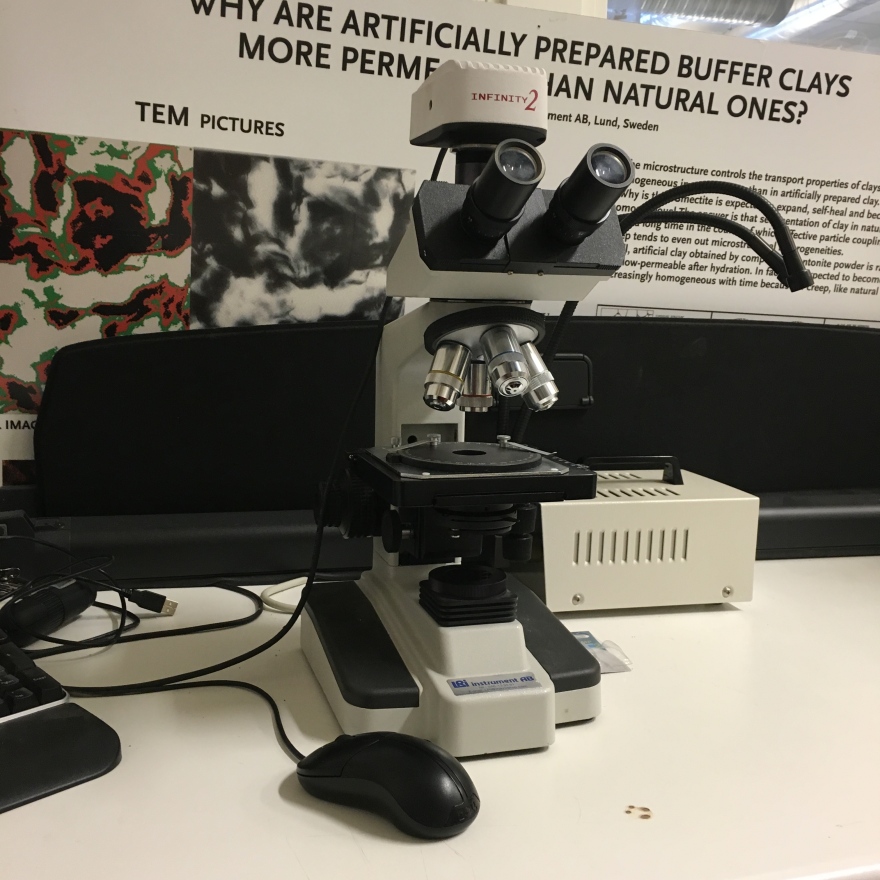 Microscope
Microscope is used to study the shape of soil particles and the microstructure of a soil. 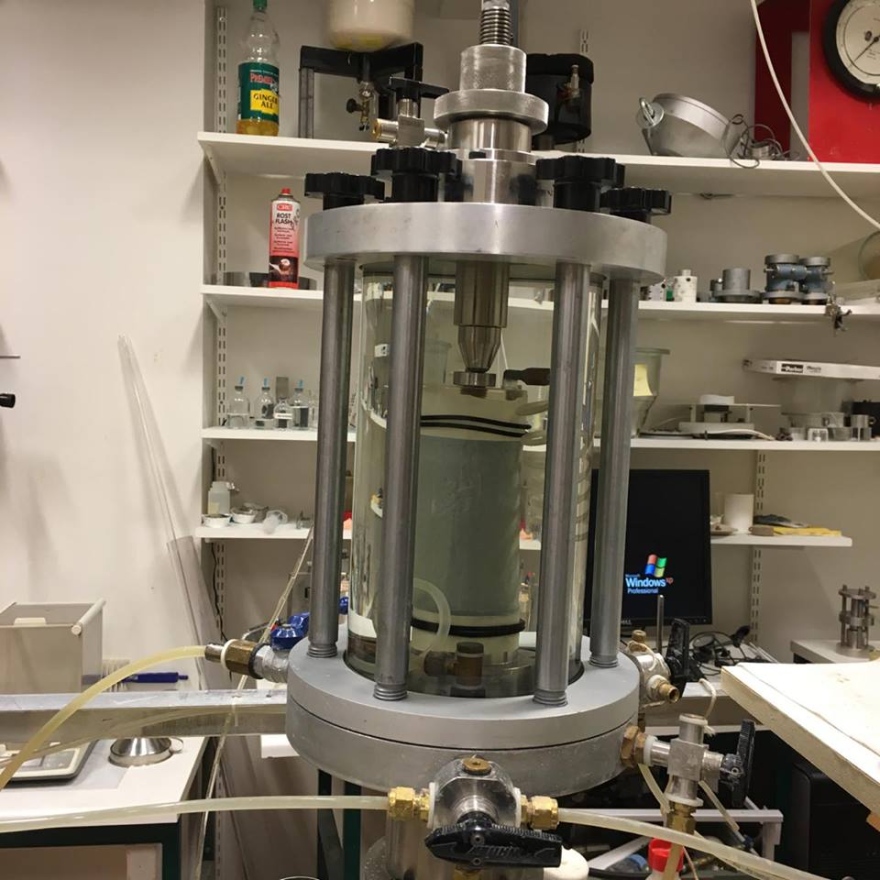 Direct simple
Soil behavior in shear is tested by simple shear test. Can test samples with diameter of and 80mm. Maximum particles size is up to 8mm. 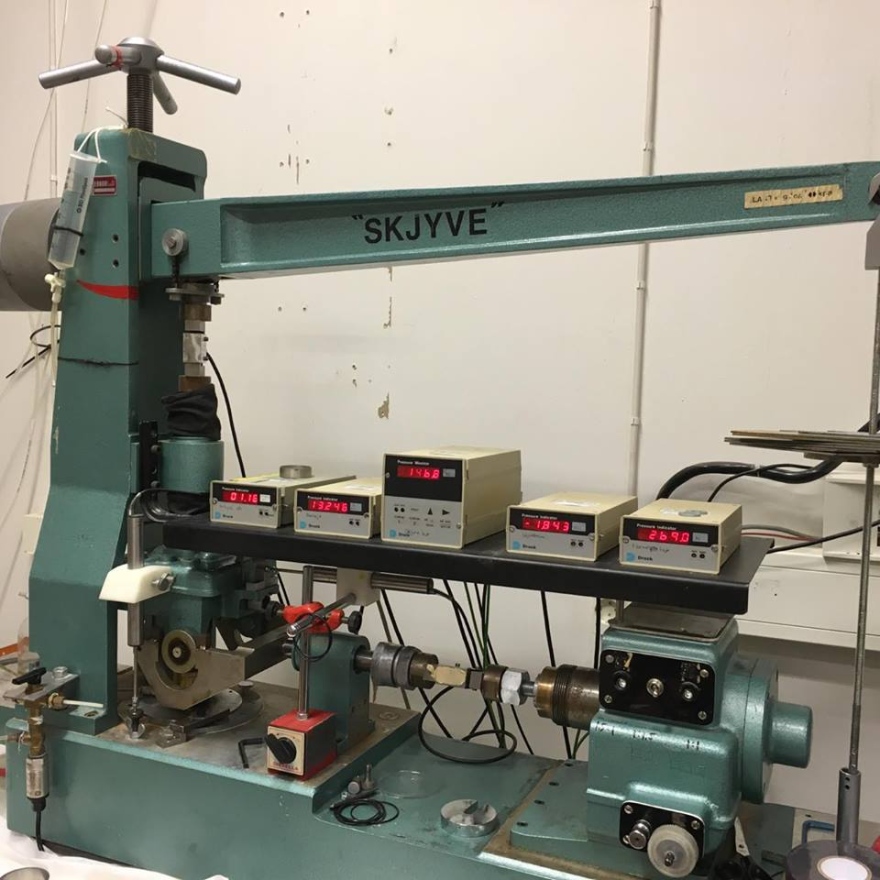 Large scale direct shear apparatus
The large scale shear apparatus is an enlarged version of standard direct simple shear. The sample size is enlarged to be 1m in height and 1 m in diameter which enables testing of rock particles up to
100mm. 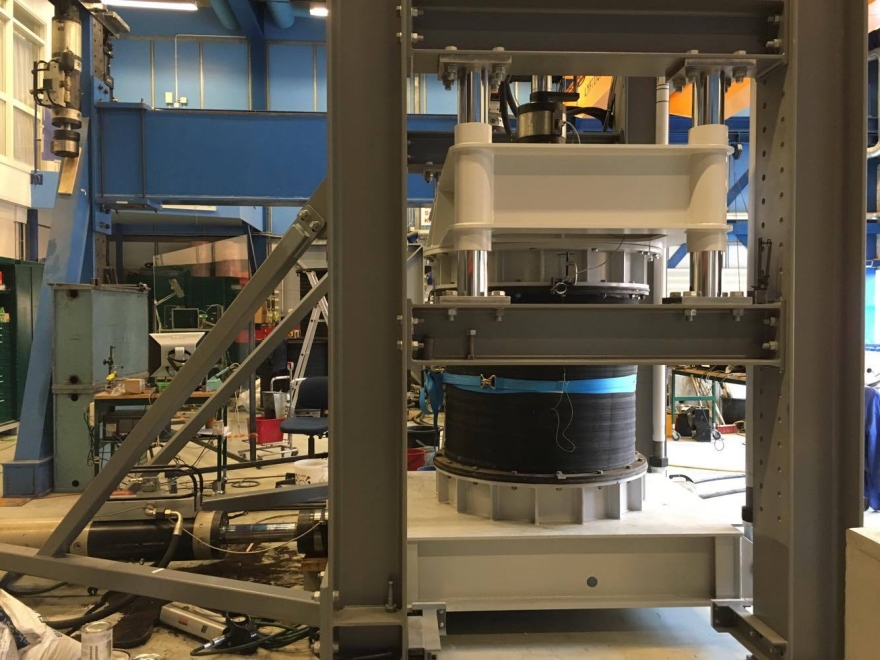 Oedometer
The characteristics of a soil during one-dimensional consolidation or swelling, as well as soil creep can be determined by oedometer test. 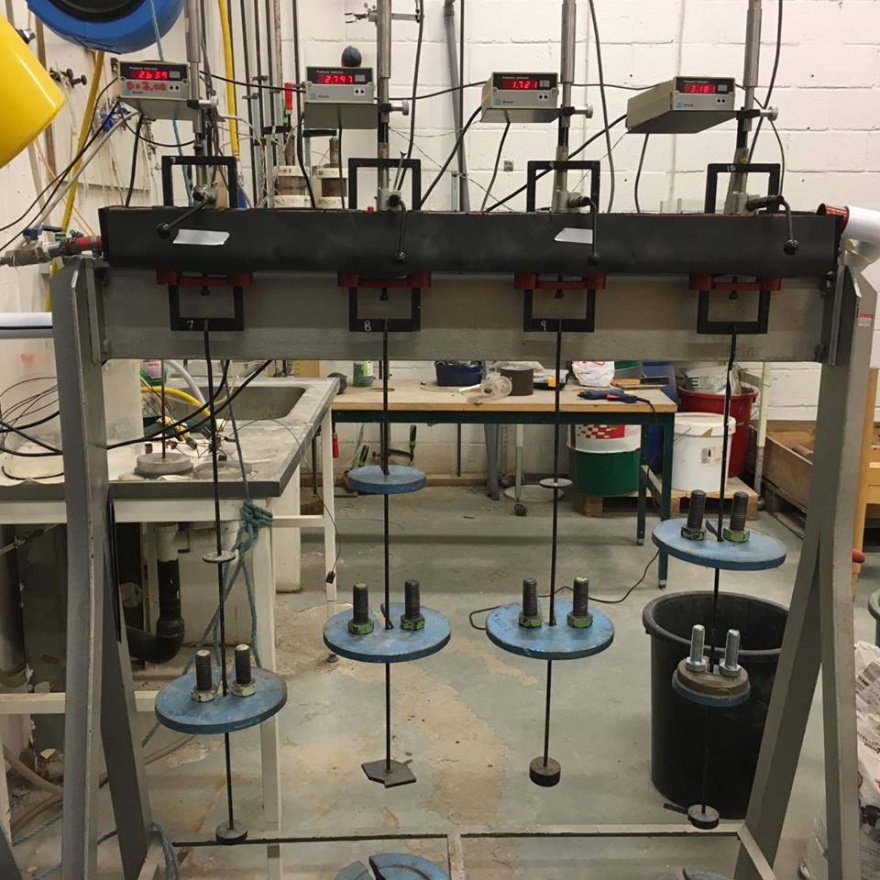 Freezing room (the snow research)
In the lab, a research is being carried out on mechanical properties of snow and ice. The traditional experimental tests on soil mechanics are employed on snow though the temperature must kept low so that the snow does not melt. The cold region technology center is a part of geotechnical lab for snow research and for the further interests, contact: