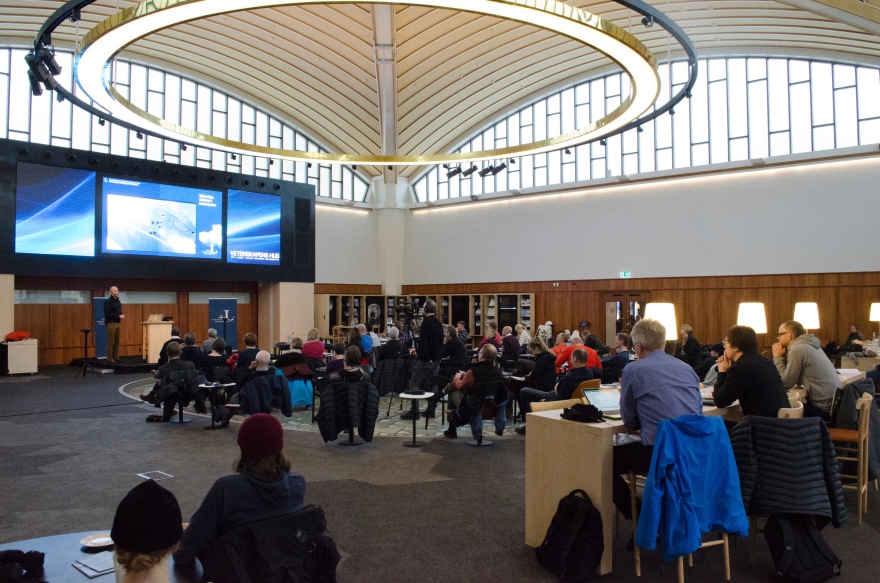 It was a relatively large audience that gathered to listen to the preferred Off-piste skiing and avalanches - what are the dangers and how you reduce them? Most of the audience were younger and middle-aged men.

"Most of those killed in avalanches are men between 30-35 years, just like the crowd here today", sais Stefan Mårtensson.

High laughter was varied with a compact silence when Stefan Mårtensson showed Youtube clips with examples of male risky behavior.

Avalanches are almost impossible to predict, but we know that the majority is at 37 degrees. Mortality rates also vary from, for example, Canada and Switzerland. In Canada, is the tree line is higher which means higher risk to be thrown into a tree. The snow in Canada is also wetter and heavier, making it packed more tightly around the face. Switzerland has small trees and light snow. In Sweden there are similar variations in skiresorts like Idre and Riksgränsen.

Below an example of how unpredictable avalanches can be. It appears that several snowmobilers has driving up the same hill without anything happened before the last driver triggers the avalanche.

To avoid being hit by an avalanche, avoid inclines greater than 30 degrees. You can also use the technical means are available: apps, helmet, avalanche backpacks and avalanche transponders.

"Avalanche backpacks inflates like an airbag, which means that you become a larger particle in the avalanche. Larger particles travel upwards in an avalanche. This you can test when you pour cereal in a bowl. The largest particles, raisins and nuts, always ends up on top", says Stefan Mårtensson.

Below a link to The Mountain Safety Council of Sweden´s website where more information about avalanche safety and forecasts are available.

The Mountain Safety Council of Sweden