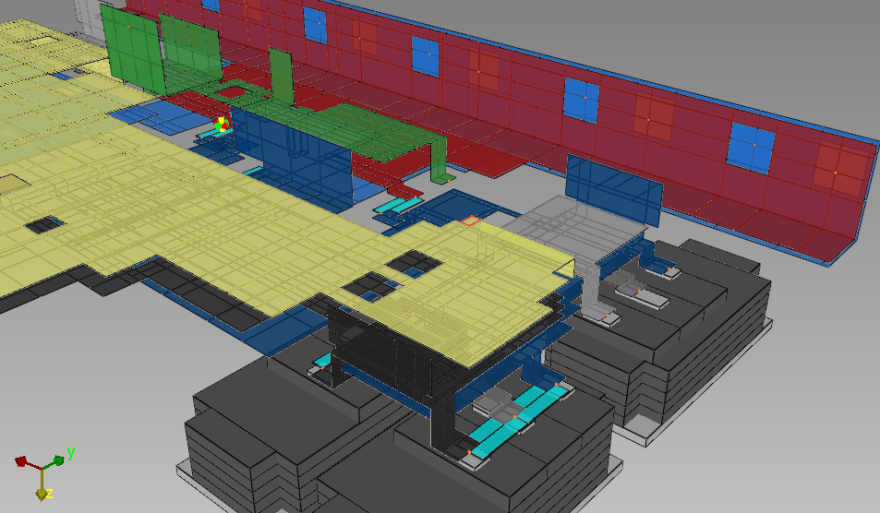 The image is a screenshot from the graphical visualization program that the modeling tool Multi-PEEC uses. View original picture , opens in new tab/window

The company ABB has a new supplement that improves efficiency and reduces the cost of product development. The tool has been developed by researchers at the Department of computer science, electrical and space engineering (EISLAB) at Luleå university of technology.
In his doctoral thesis "Efficient PEEC-based solver for Complex Electromagnetic Problems in Power Electronics" Danesh Daroui, doctor in industrial electronics, has developed a new tool for efficient modeling of electromagnetic pulses in electrical components.
- When ABB manufactures a product, the effects of electromagnetic fields need to be taken into account, since high frequency systems are preferred. In past, they had to create a physical prototypes to measure the effects and it still wouldn’t be accurate.  Physical models are not easy to change and if it fails, it will be hard and costly to make a new one. The modeling tool that have been developed in this research can model and simulate the same conditions on a computer, says Danesh Daroui, doctor in  industrial elektronics at LTU.
It is on behalf of the multinational engineering group ABB that Danesh has developed his tool. ABB will now use their tool in all their branches worldwide. The tool is called MultiPEEC and it is used together with the graphical user interface developed by ABB. Together they provide a powerful modeling tool that can be used in several areas.
- ABB has helped with material for a series of complex tests during the development phase. We used the provided models and further analysis showed that our product works and provides accurate results. Developing and working with power electronics and high voltage systems means that testing and verification of the functionality can be costly and safety issued needs to be considered.
What skills are needed to develop a modeling tool like this?
- A strong background in mathematics and numerical analysis. It is very math when modeling physics. A deep knowledge in computer science is also needed in order to develop algorithms that can utilize available resources in an efficient way, says Danesh Daroui, doctor in  industrial elektronics at LTU.
Doctor Danesh Daroui, EISLAB