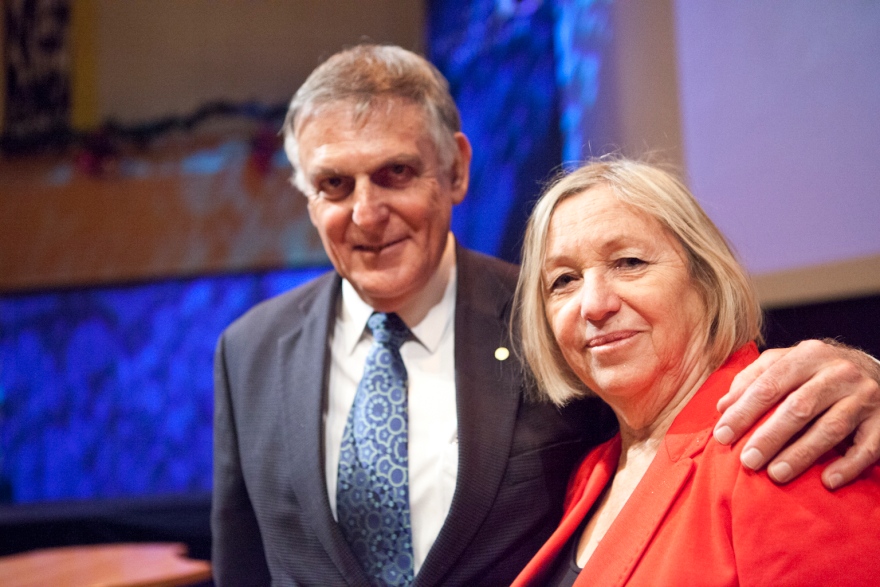 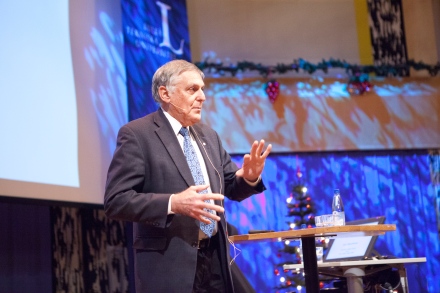 Students and staff gathered to listen to Dan Shechtman talk about "Technological Entrepreneurship - a Key to World Peace and Prosperity".

- National resources will decrease worldwide in the future. Only through innovation and technological entrepreneurship, will we be able to create a sustainable economy that will help us to survive, says Dan Shechtman.

Technology is the hope and future for humanity and the school's role should therefore be to encourage engineers and scientists to start their own businesses and become achors in the community. A country must create a breeding ground, a base for as many start-up companies as possible, however this requires essential goals to be met according to Shechtman:

- These are fundamental requirements in order for start-ups to flourish in a country, said Dan Shechtman.

But to reach the very top more is required. According to Dan Shechtman, socieies also need an entrepreneurial spirit where business is seen as a benefit and is easily accessed by citizens.

- In England they love to talk about cricket and celebrate the sport but seldom talk about the benefits of entrepreneurship. In Israel, where I live, the entrepreneurial spirit is higher, which shows in the number of start-ups on a yearly basis, says Dan Shechtman.

During the lecture, the Nobel Prize winner said that targeted courses on entrepreneurship may also end up for the wrong audience.

- Who is it that teaches entrepreneurship today? There is a gap between higher academic knowledge and contractors. Entrepreneurial knowledge must be distributed to the experts, those who are engineers and scientists.

As an example Dan Shechtman pointed towards his own employer Technion, the Israel Institute of Technology, where he has held and open course in entrepreneurship for 27 years.

- The course is open to all students at the university and consists of a number of lectures where significant business leaders comes and speaks in an open forum. The hall can accommodate 300-600 people and it is full every time. After each lecture, students must write a summary. No samples or thesis  are required but the summary and presence is mandatory and requires students to have participated in at least ten lectures to pass the course.

What kind of people are allowed to hold open forums? Dan Shechtman believes that it is important to sample and lists three groups that he thinks should be included.

- It is important to have good role models in society. Most of us have role models, even if we sometimes don't dare to admit it even to ourselves. Students must be able to see that you can succeed on your own. The speakers should not be an entrepreneur who was born with silver spoon in his mouth or inherited his father's business.

It's okay to fail

A large proportion of start-ups fail. And that's okay as long as you learn from the mistakes.

- In some cultures, it is ugly to fail. It is also important to learn how to fail. Failure is okay. A person who has failed two companies have learned from their mistakes and will not fail in the same way with his third business project.

Dan Shechtman also listed what the ways he believes are good to find money and partners.

Headmaster John Sterte thanked for Dan Shechtman for the lecture in a playful manner:

- Maybe we can manage to convert Luleå and Norrbotten from only thinking about Ice Hockey into thinking more in an entrepreneurial spirit.

Afterwards Professor Zipora Shechtman stepped up and spoke on the topic "What makes students successful?" And began with a quote by the American psychologist Carl Rogers saying that only the brain and body goes to school -  and that feelings are left at home.

She continued, arguing, that cognitive learning must be developed to include emotions and a switch must be made to accomodate affective learning.

The current school system creates a classroom with attitude problems due to poor tolerance and respect, aggressive students, elements of violence and bullying, high competition and high expectations with poor parental responsibility, diversity and cultural clashes and especially teachers who are not ready to face these problems, according to Zipora Shechtman.

She said that education must put a higher focus on personal values ​​in school and emulate models used found in literature analysis and the humanities.

According to the studies conducted she also showed the results of an affective learning form, with focus on emotions, helping children with learning difficulties but also, surprisingly, children at a very high level of performance.

- Gifted children are not so different. Close to 25 percent of the gifted children in this study showed socioeconomic or learning disabilities, says Zipora Shechtman.

A more personalized learning would improve results for children at both ends of the spectrum and help to improve school outcome for all children in general. Unruly children also creates concentration difficulty for other other students.

- Children who are disturbed by inner turmoil may have a difficult time focusing on their studies and if the school can help them to speak out and come to terms with emotional issues, that can create a better learning environment for all, says Zipora Shechtman. 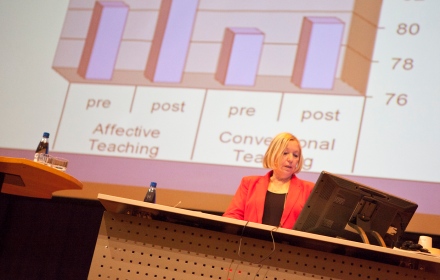