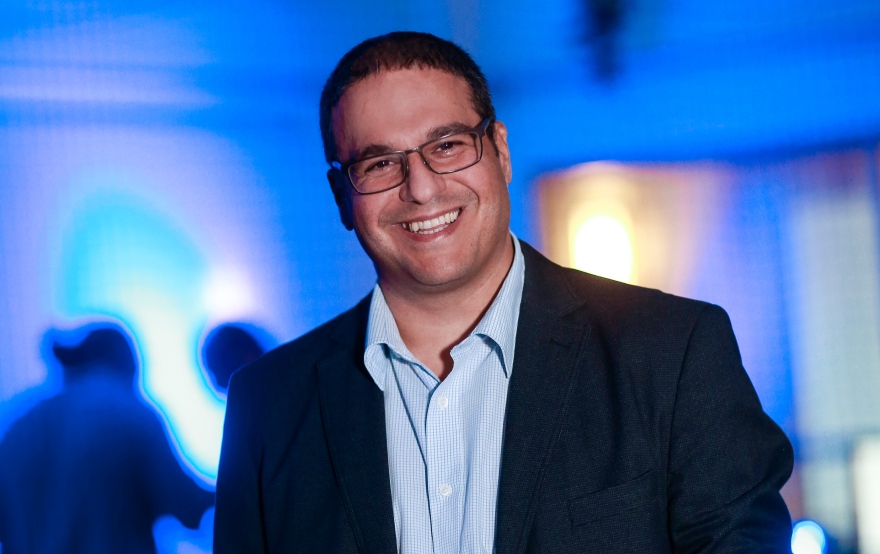 George Nikolakopoulos, professor of Robotics and Automation at Luleå University of Technology, will contribute in the IVA program to transform academic research into innovation and competitiveness in business Photo: Åsa Älvstrand View original picture , opens in new tab/window

– This is a very interesting pilot activity for strengthening innovation in Sweden and more specifically improving the possibility of novel academic findings to be realized as innovative products. For me, being a mentor to the IVA R2B program is a great honor and a big responsibility at the same time in having such a role, George Nikolakopoulos, says.

The project will  increase collaboration

The aim of the project is to strengthen and increase collaboration between researchers at universities and companies for the common good of all. The premise is that more successful collaborations on research results that lead to innovations or other business development will strengthen Sweden's competitiveness and contribute to a positive social development.

– Until now I have been acting as a mentor to a researcher from the south of Sweden whose innovation is related to AI and the production industry. My mentorship was focusing on initial advices towards a business plan creation, introducing the innovation to more similar industries (end users), advising on funding possibilities and general mindset when acting in innovation. Still there are plenty of exciting things to happen, George Nikolakopoulos, says.

As an IVA mentor, he wants to use his experience to help create spin offs in completely new technical areas. He offers network support based on his own research network, and provide funding advice that can strengthen implementation and shorten the path to the final product.

He sees the IVA mentorship as a mark of quality for all the achievements that the robotics team at Luleå University of Technology has achieved in recent years. Sharing visions, dreams and efforts with other innovators around Sweden, while helping as a mentor and inspiring others to reach their goals, is a fantastic and inspiring activity. The IVA mentors have no financial compensation, but this assignment is about something else.

–The honor and the joy in performing this role have a more important value. Currently  in this IVA mentorship program, there has been only a few mentors all over Sweden that have been selected for this role places Luleå University of Technology  in the top universities in Sweden, while highlighting the applied and innovative character of the university, George Nikolakopoulos, says.