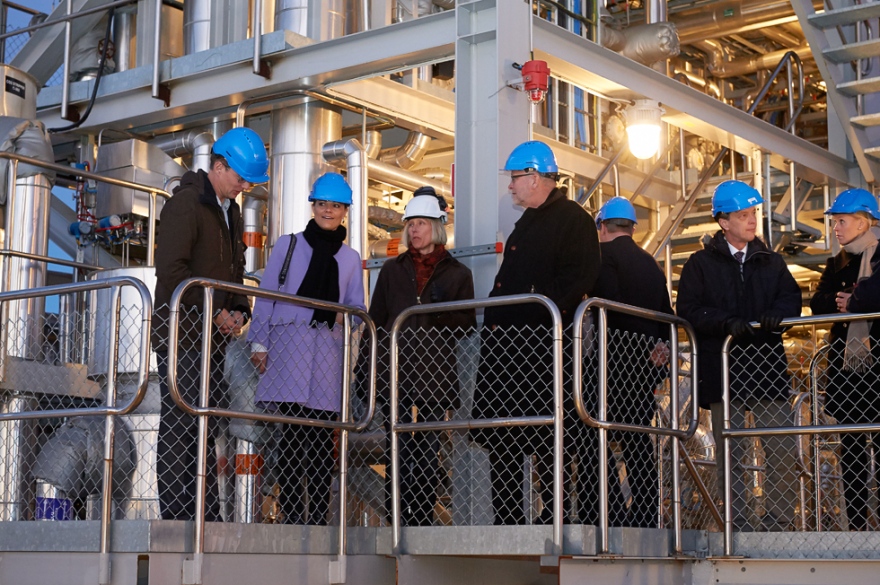 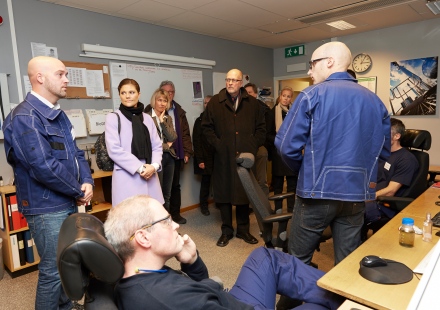 Visit in the control room at LTU Green Fuels.

The royal family has long been active in following the developments for BioDME in Sweden.

– It is impressive that we in Sweden can make fuel from renewable forest, the king said during the groundbreaking ceremony in 2009.

In conjunction with the tour that the King conducted earlier this year, on the occasion of 40 years as head of state, he visited the university and was then presented the results of the developments in BioDME. Now it was the Crown Princess's turn, and she was just as interested in renewable energy as her father. 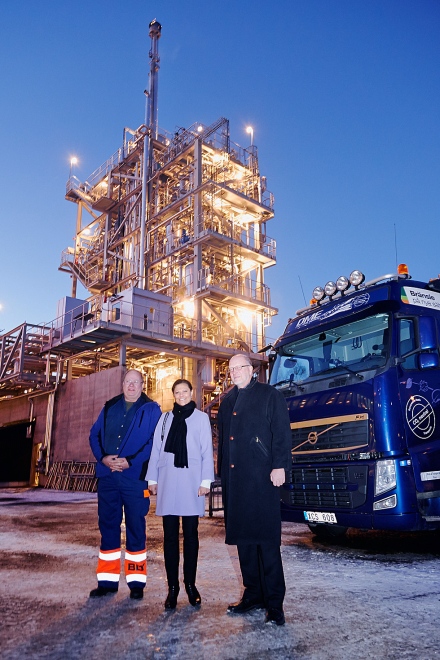 The visit began with presentations by local companies that have invested in energy and environmental technology. Then LTU's Professor Rikard Gebart presented the research conducted at LTU Green Fuels. The visitors, in addition to Crown Princess Victoria, also included the Norrbotten County Governor Sven-Erik Österberg and Piteås Councillor Peter Roslund, who was given a tour at LTU Green Fuels and were shown a logging truck driven on the DME produced at the plant.

The Crown Princess was impressed by what she saw and heard, particularly the information that it is possible to replace 50 percent of Sweden's transportation fuel with renewable raw materials from the forest.