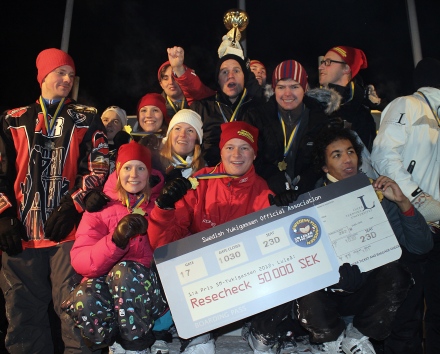 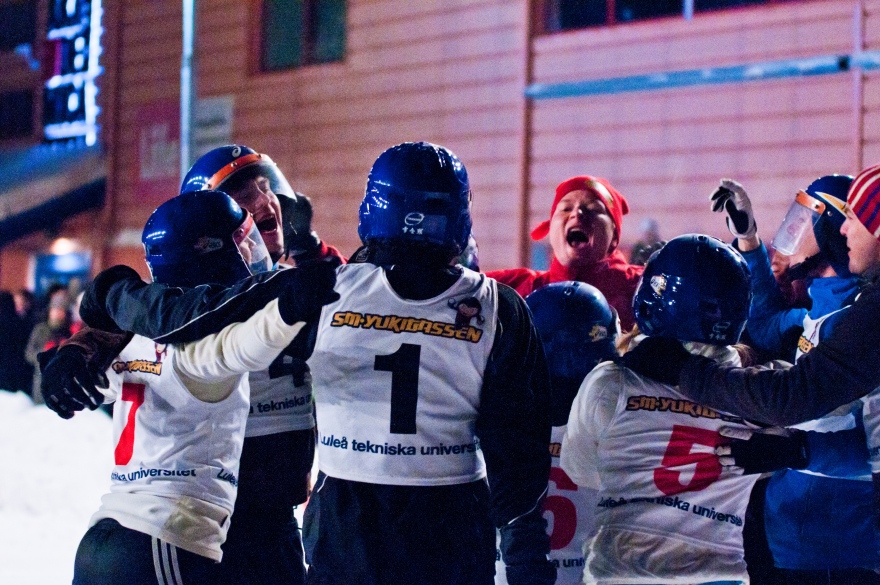 The winning team I & Co immediately after the final whistle. Photo Pontus Edman. See more photos of Pontus Edman at the bottom of the article. 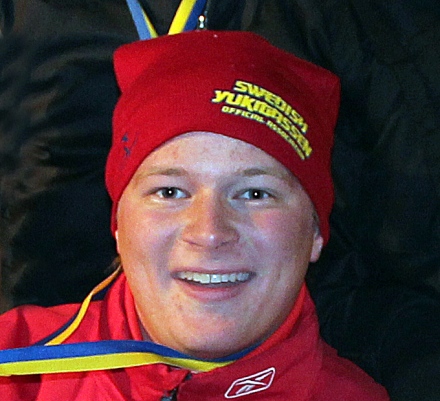 Mårten Sandström, student and spokesman for the team I & Co

- It is the third year we play in Yukigassen SM, the first year we came second and had the opportuniti to go to the European Championships in Finland and last year, we finished third and this year we won and it's fantastic, says Mårten Sandström the team's spokesman.

Even the Championship title in fireworks were held in the evening, between four competing teams, and won by a team from Chalmers University of Technology.

- The winner has by a colorful variation and with a rhythmic pace, lighting up Luleå winter darkness in a crispy and artistic way, explained the jury chairman. This year's Championships in Yukigassen, where 16 teams competed, inaugurated traditionally by Johan Sterte Vice Chancellor at Luleå University of Technology. He noted that snowball contest now evolved into an SM worthy of its name and pointed out that it is students at Luleå University of Technology who took the initiative so that the Japanese snowball fight has its own Championship in Sweden, now well established.

- I think we all must work for it to become an Olympic sport, if not before, so to 2026, said John Sterte. The interest in snowball sport has grown over the years which was clarified by an audience, counted during the whole evening, most likely at least 1000 people.

- Yes, people did come and go during the night and I believe that about as many have been here and by that one can be totally satisfied, says Karin Jonsson LTU's project manager for SM in Yukigassen.

Right from Harstad in northern Norway came Anita Louise Rubach and Kjell Kjær to watch the fireworks and SM in Yukigassen.

- It is very good and we came here just for this, said the happy couple In the initial qualifying games, where all 16 teams would be "measured in", you could note that the veterans  and last year's winner of the Yukigassen SM, Backyard Porsön, did well. The Vice Chancellors team wasn´t that lucky and the team was forced to see themselves beaten by the LKAB team.

Before the semi-finals the exitement was concentrated in four teams, where I & Co got the opportunity to meet a pro basketball team with the name Armada. Last year's winners Backyard Porsön met KREwasion invasion. A little bit unespected perhaps, that the basketball players in Armada was defeated by the LTU student team I & Co. Although the team was in good spirits. 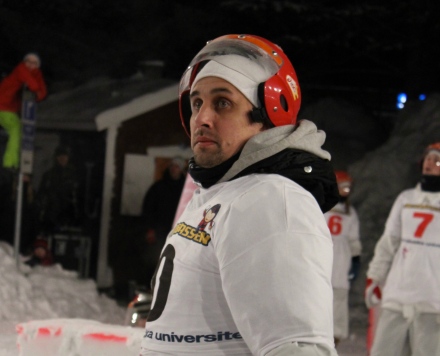 The second semifinal match got a turbulent end after closed judgments deliberation. The defending champions in Yukigassen three years a row was defeated by the team KREwation Invation which is a mixed team of students and their buddies from Piteå. Last year's winners Backyard Porsön were defeated in this year&#39;s Championship in Yukigassen

The Bronzematch was a bit of an anticlimax many people thought, while others laughed at it. Three fixed up sets became more theatrical than an ordinary match and finally the whole thing was settled by throwing snowballs at plastic bags until hit, a final test that was won by Backyard Porsön.

In the decisive finale, as earlier staded,  I & Co became the year's Swedish champion in Yukigassen. 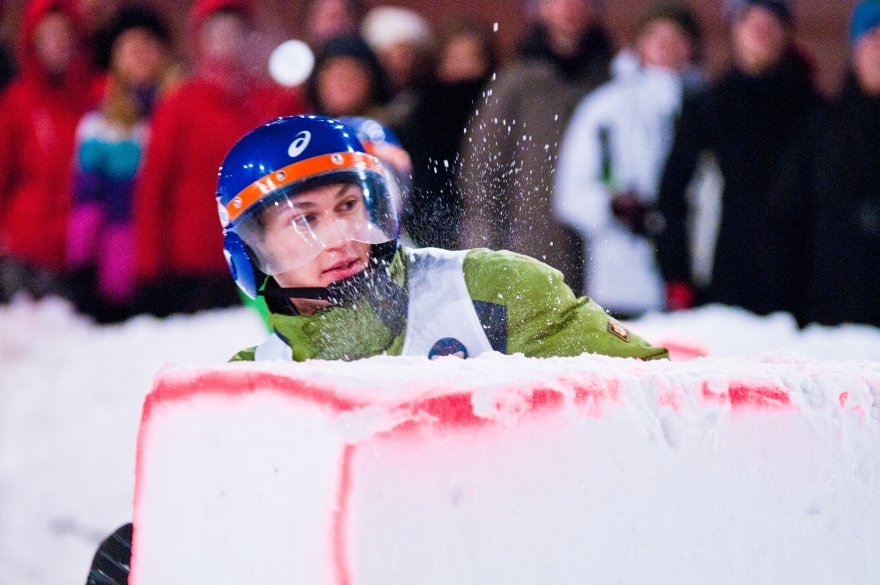 The snow swirled about the players. Photo Pontus Edman Opponents get a taste of hard balls. Image Pontus Edman 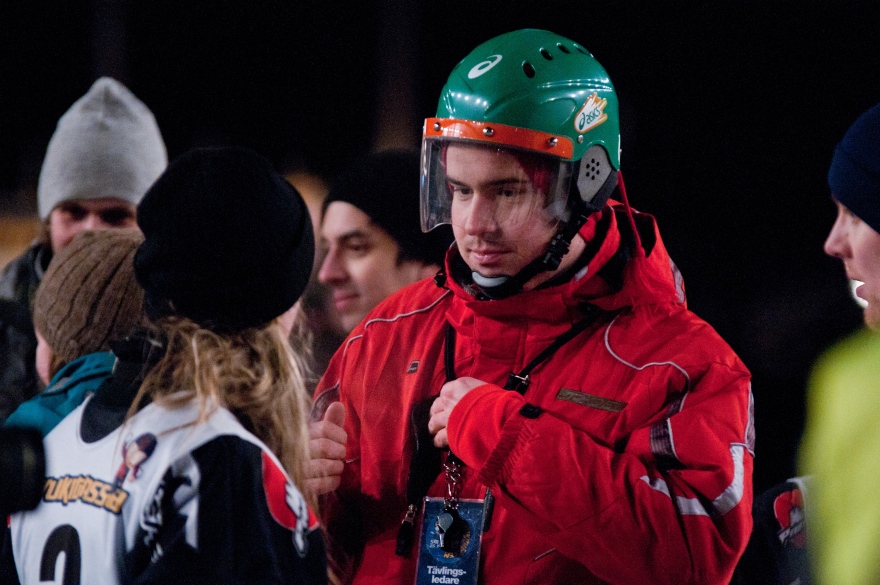 So was this year's Championship in Yukigassen over. Image Pontus Edman
Published:26 February 2012
By:Presskontakt
Edit page , opens in new tab/window