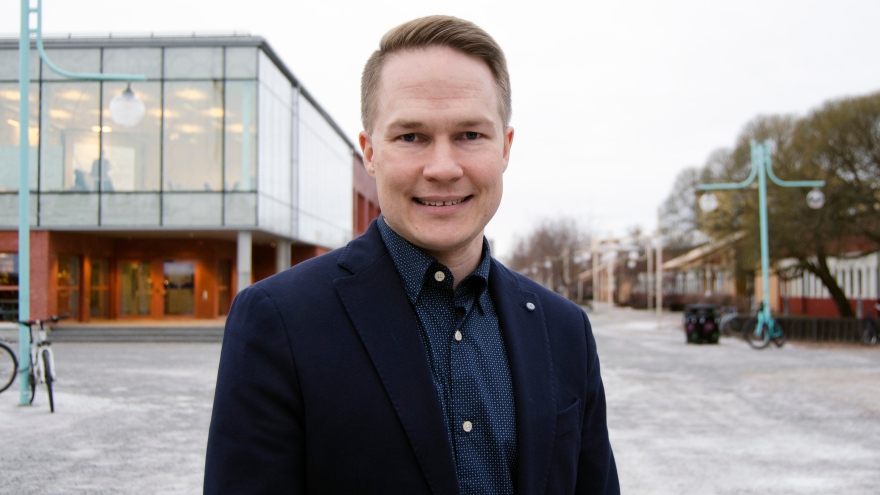 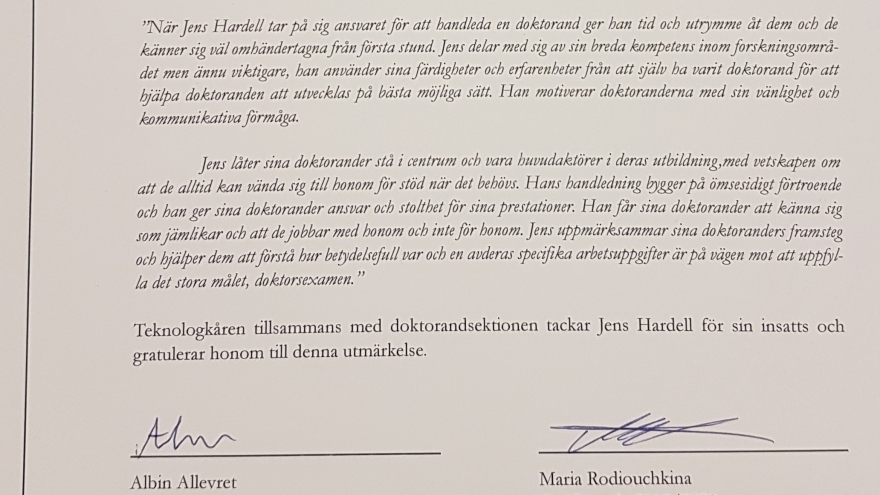 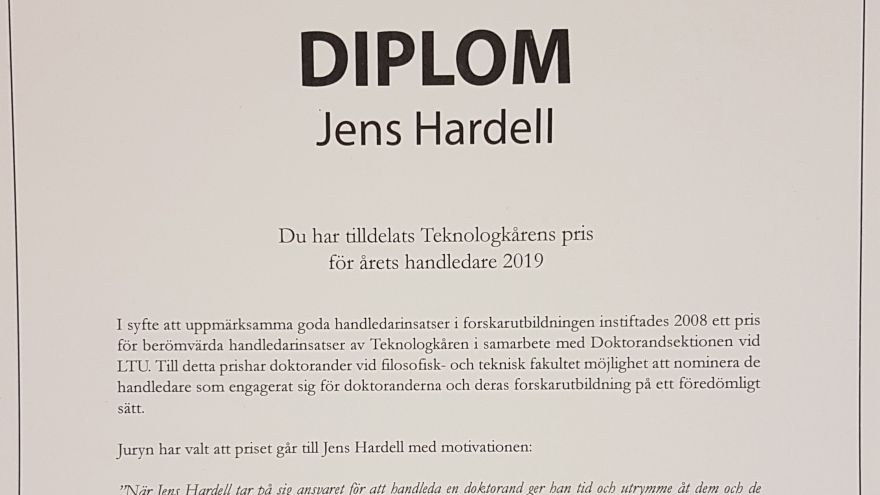 The award is given by the Teknologkåren for commendable supervisor efforts in postgraduate education.

– I was nominated last year and then I did not get it, so I hardly thought I would be nominated again and even less receive the prize, says Jens Hardell.

He says it feels good to have been chosen för the best supervisor at Luleå University of Technology. It is the leader of the Teknologkåren and three doctoral students who have made a vote on who will receive the prize among all nominated candidates.

The motivation states, among other things, that "Jens puts his doctoral students at the center and the main players in their education, with the knowledge that they can always turn to him when needed" (read the whole motivation in the image above).

– I actually recognize myself in the motivation. My basic attitude is that the doctoral students work with me and not for me. So I was supervised by my supervisor and I have tried to follow it, Jens Hardell says.

He adds that he tries to see each individual and adapt the guidance to each one.

–  Each person is unique and there is no general model that works for everyone.

When asked if he has any advice to give to a new supervisor, he says that partly what he has said before is to work with the doctoral student, but also that any problems that usually arise for those concerned is becuse of different expectations on the supervision.

– You will go a long way in matching expectations in the beginning, he says.