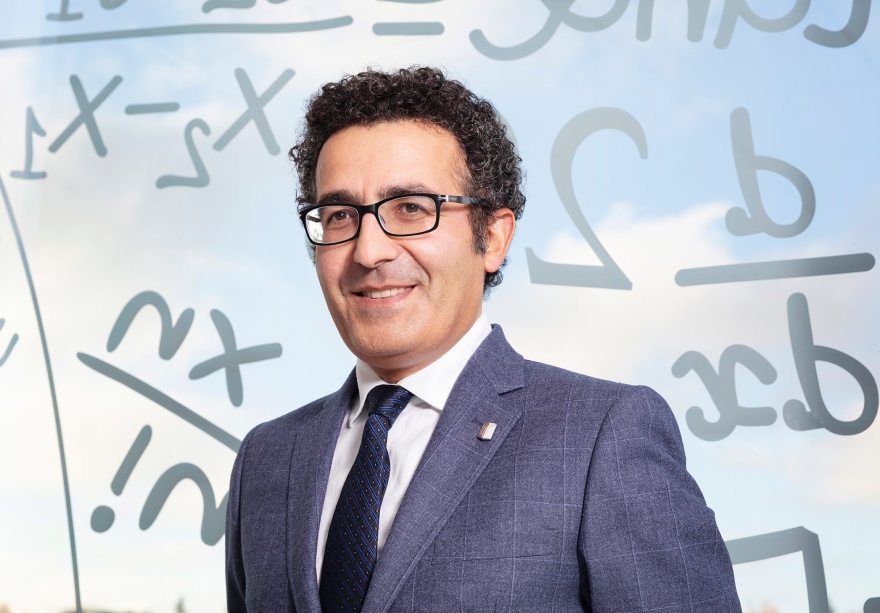 Tell us about yourself!

I'm originally from Tabriz, in northwestern Iran. There, at Sahand University and Technology, I began my studies as a mining engineer and later did my master's in mineral processing-hydrometallurgy at the University of Tehran. Later I moved to South Africa and received my doctorate in chemical engineering from the University of Cape Town in 2012. There I was also involved in the faculty, did a postdoc and worked as a lecturer. In 2013, I received my first professorship in Chile at the Universidad Católica del Norte. In 2015, I moved on to England, specifically to Exeter where I worked as a senior research fellow. During my time in Exeter, I had the chance to lead the first EU project on raw materials, the OptimOre Project. During my time in England, I also managed to work for a year in London as a lecturer at Kingston University London. In the end, I ended up here in Luleå, in September 2018, where I now work as an assistant professor of mineral technology.

Having lived in all these countries has been incredibly educational and I am grateful that I also had the opportunity to learn several languages. In my free time I like to travel and experience nature. My wife and I have probably seen most national parks in England on foot.

What are you researching right now?

Right now, I am responsible for the area called geometallurgy, which can be described as the holistic approach to the mineral value chain. I am also actively involved in the field of sustainable supply of high-tech and energy-critical elements in the transition to the green economy including directing recently four year funded  project by Swedish Research Council for Sustainable Development-Formas, 2021-2025 with the title of Clean-Mineral: Climate friendly mineral supply chains in transition to the green economy.

How come you started researching your subject?

It was obvious to me that I would become a researcher, that constantly learning new things attracted me. All my education is in the mineral field and during my travels I have had the opportunity to see many parts of the world but also the great potential that exists with raw materials. It's like a river, there will always be new water, new material to absorb. That mindset has been with me for as long as I can remember.

What is the most fun discovery / result you have made / produced as a researcher?

The absolute most fun time was in South Africa and Latin America. There I studied the factors that drive and limit extractive metal rugs, using state-of-the-art devices and techniques. During this study, I also initiated the use of X-ray computed tomography to examine the crack distribution and mineral dispersion in ore particles. The study and its results have been followed and used as sources by various universities around the world, such as Stellenbosch University, Imperial Collage London and the University of Chambridge.
To close the circle, I supervised a doctoral student when I started here at Luleå University of Technology, whose thesis was in line with the technology I initiated in South Africa.

How does your research play a role in SUN?

SUN puts together some of Sweden's collapsed industries, ore, forests and water, and tries to guide them through the green transition. My area, mineral technology is part of the ore side. Although much of my focus is on the ore side, there are a lot of overlaps. My co-pilot within SUN is Karin Beland Lindahl, with whom I lead the graduate school, comes from the social side of SUN, and together we try to have a balance between the areas, which should also be reflected within the graduate school, within the management, throughout SUN.

What do you want to achieve during your research career?

We have no choice but to move towards the green transition. To be able to switch to renewable energy requires a lot of minerals. Even if it is not portrayed as such in the media, we will need much, much more than what we break today. And that's exactly what we need to look at, how we break them. I believe that in a country like Sweden, where we have a lot of knowledge and a safe mining process, can take the steps needed to achieve green mining.

SUN has created a platform for actors in the green transition that leads to better communication, better understanding and better cooperation. To approach the green transition, we must consider all possible teammates, large and small. And that is the whole idea behind SUN, to bring in different actors, researchers and people, to get a better whole.It is a challenge, but challenge means opportunity.

Why do you think SUN is important?

The fact that SUN has brought people, research areas and industries together, that SUN has become the platform it / it is today, that we have nine doctoral students, that is happiness for me. When Karin Beland Lindahl and I started working together, we looked at the problems from completely different angles. But over time, we could more easily understand each other and now we almost immediately agree. We respect each other's perspectives, we understand each other and I think it is important that our doctoral students, more researchers and industries used this platform for dialogue.