The audience listens to the speakers during the workshop. 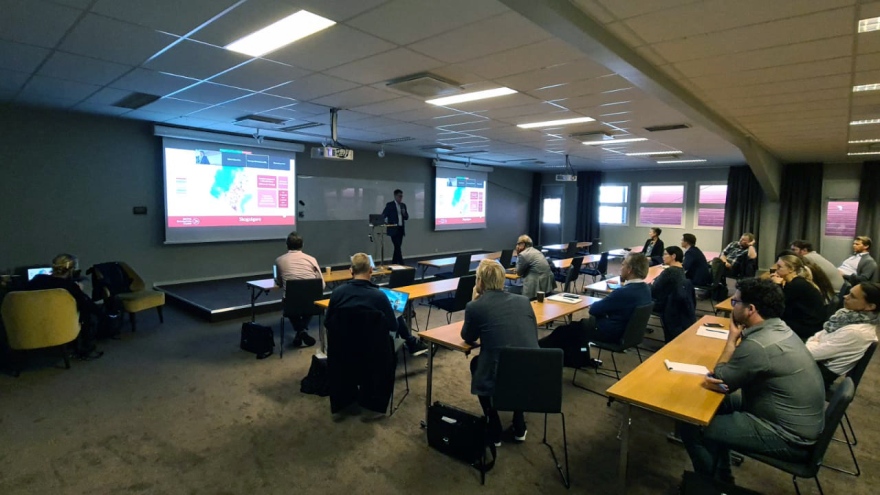 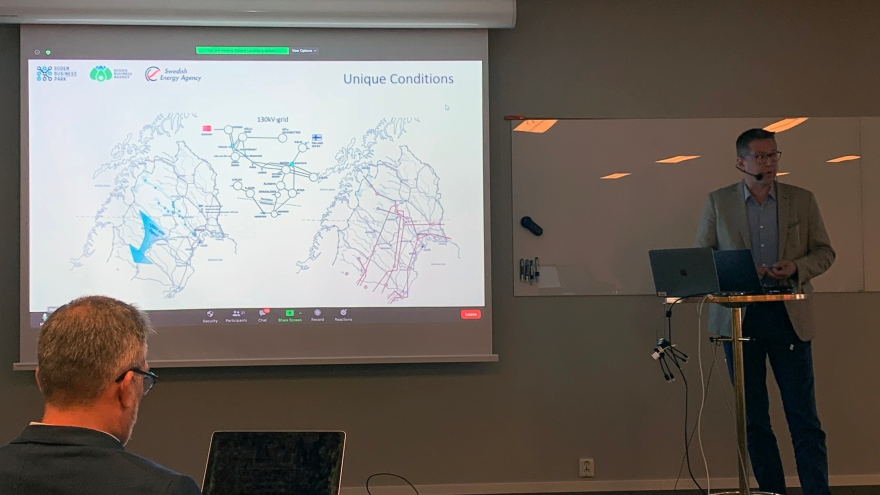 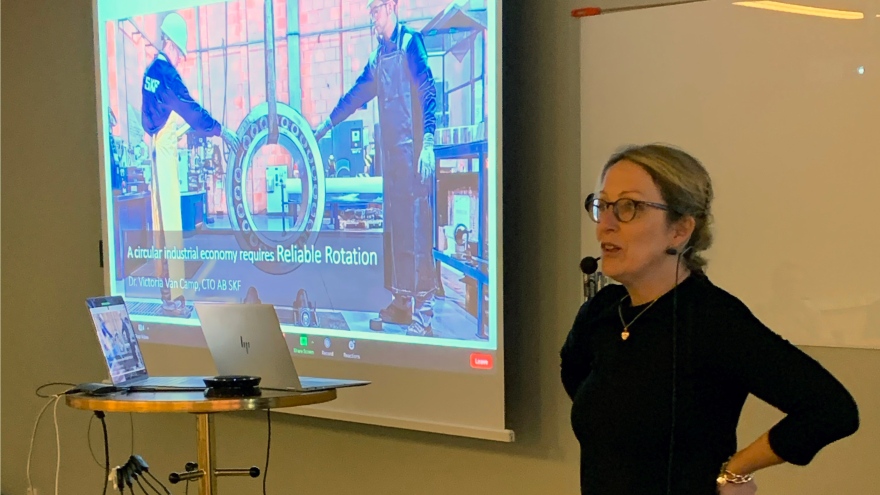 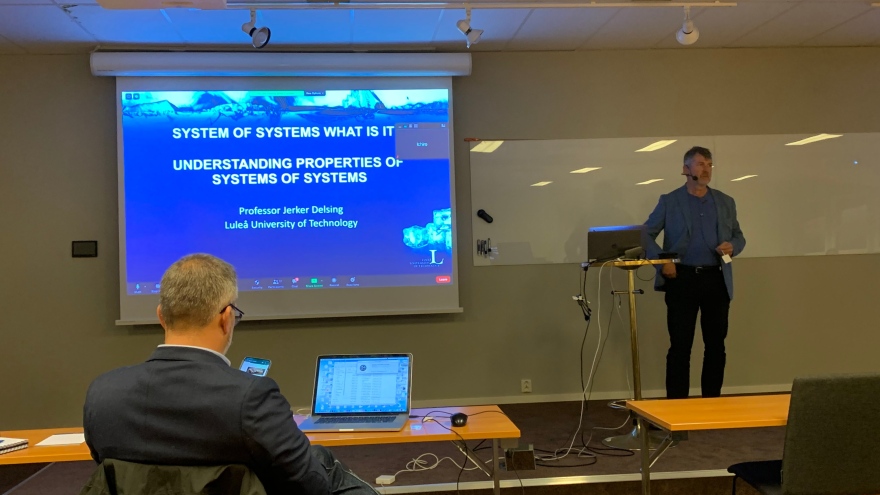 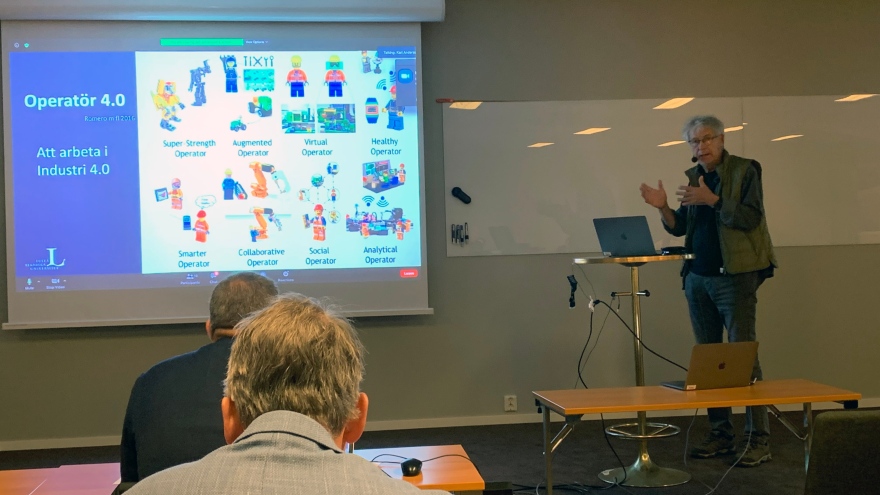 Speakers were invited to the workshop, including Victoria van Camp, CTO at SKF, who talked about SKF's new business model, where they sell rolling bearings as a service instead of just as a regular transaction where the product changes owners. In this way, the use of materials can be minimized. A prerequisite is that with the help of digitization you can monitor the rotating machine so that you are aware of any problems in good time.

The municipal councilors in Piteå, Anders Lundqvist and Thomas Sundqvist from Boden Business Park also spoke during the first day. Anders Lundqvist spoke about the extensive investments made in the municipality in sustainability. The most important example is the large wind farm in Markbygden. Thomas Sundqvist told about Boden municipality's plans to build a test bed for circular economy - Boden Energy Symbiosis. They have already invested in several parts of a system where, for example, residual heat from data centers can be used for fish farming and heating of greenhouses for vegetable cultivation. The waste can then be used in the biogas plant that is already in place.

On the second day, some of LTU's most experienced researchers gave their views on important issues in connected circular economy. It was professors Jerker Delsing and Jan Johansson who described partly how important it is to understand how systems of systems interact and partly reminded of the importance of putting people at the center even when developing new technical solutions.

CREATERNITY's scientific leaders, Roland Larsson and Karl Andersson, were pleased with the results of the workshop. They have been able to identify some really important common research issues.

– This is a very exciting area that has great potential to create completely new research that covers almost the entire university, said Pär Weihed, Vice-Chancellor at Luleå University of Technology, who also spoke at the workshop.