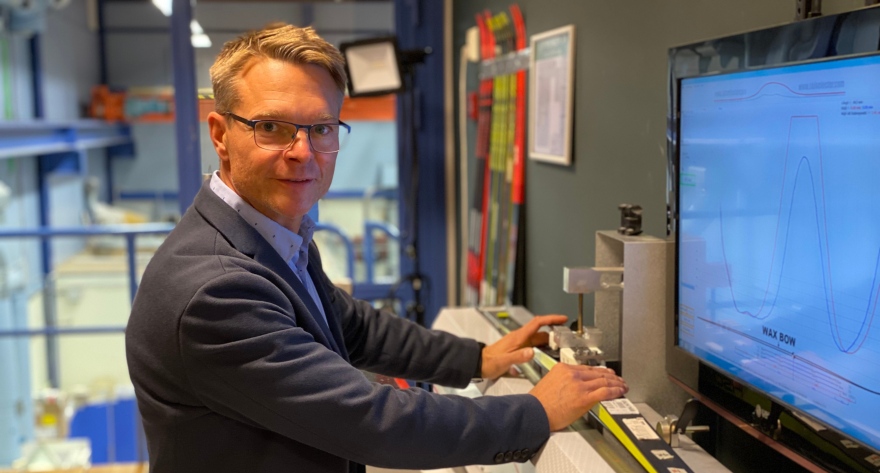 Title: A Scientific Perspective on Reducing Ski-Snow Friction to Improve Performance in Olympic Cross-Country Skiing, the Biathlon and Nordic Combined 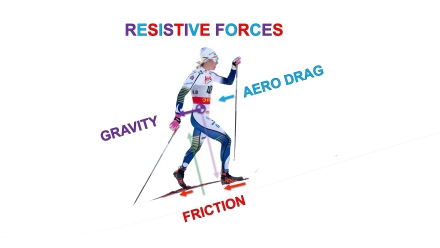 – In this study, which is a so-called perspective article, we have looked more closely at factors that affect one of the main braking forces when skiing, namely the friction between the ski and the snow. The goal is to improve performance in cross-country skiing, biathlon and the Nordic combined. In the article, we map important factors to take into account in future studies, says Andreas Almqvist, professor of machine elements at Luleå University of Technology and one of the authors of the article.

Lack of research on friction

– At the present, there is a lot of research in areas that have mainly looked at the physical aspects to increase the driving forces and thus the performance of the skiers. However, significantly fewer studies have been done on the effect of the friction between the ski and the snow on performance. We want to be able to explain scientifically how one ski can have higher or lower acceleration and top speed compared to another, says Andreas Almqvist.

The friction that occurs between ski and snow depends on a large number of factors. Partly those connected to the ski's span curve and stiffness, the material in the ski base, the ski base structure and glide wax, partly those connected to the snow surface's properties such as temperature, water content and grain size as well as the air temperature and humidity. In addition, the friction is affected by the athlete's physique and technique. A friction test is developed at the new Ski- and Snow Lab, to be able to study with high accuracy how the various factors affect the glide. The studies are, therefore, performed both outdoors at different ski tracks and in Arctic Falls’ Indoor facilities at Linbäcksstadion in Piteå, which offers winter conditions indoors all year round.

The elite sports activities at student level benefit greatly from the research that is ongoing at Luleå University of Technology in collaboration with the Swedish Olympic Committee (SOK) and the ski technicians for the national teams in cross-country skiing and the biathlon.

– We work closely with SOK and the ski technicians in the national teams, who provides us with samples and skis that we test. We have a common exchange of knowledge: they are experts in skiing and we know what friction is due to and we learn from each other. Our goal is that the public also will benefit from the results in the future and then hopefully have better skiing experiences and opportunities to perform on the track, says Andreas Almqvist.

Aiming towards the 2026 Olympics

Until the 2026 Olympics, the goal is to develop standardized test methods and help the national teams to improve the accuracy of their own ski tests and thus increase the conditions for selecting the best skis for competition.

– The Olympics is what we are investing in because SOK is a major funder of our research. We want to be able to help predict and select the equipment that is optimal for an individual athlete at a given race.

– We are trying to cover the whole picture, and in future studies we will include the skier's contribution. We are all shaped differently and we practice the different sub-techniques in skiing in different ways. This means that people do not handle the skis in the same way and, in turn, the friction between the ski and snow is also different. These are important aspects that we will include in the research, says Andreas Almqvist.