The walking robot Spot is important in the robotic team's research and development of autonomous technology. 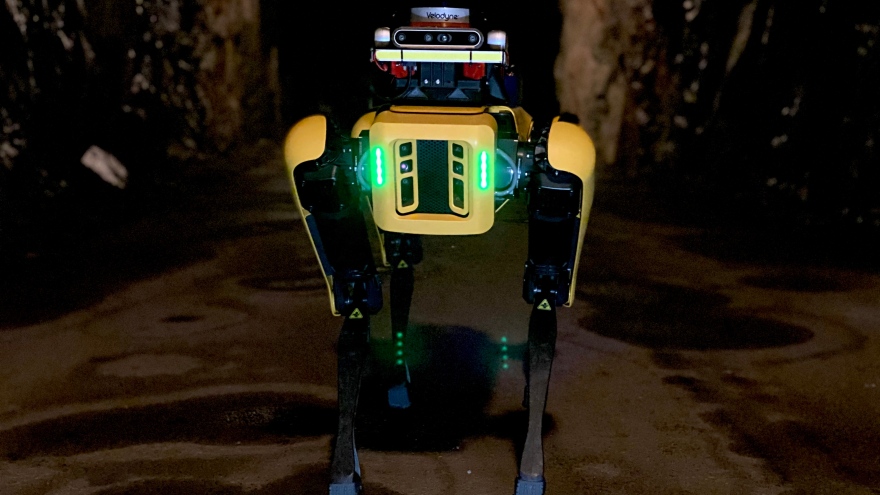 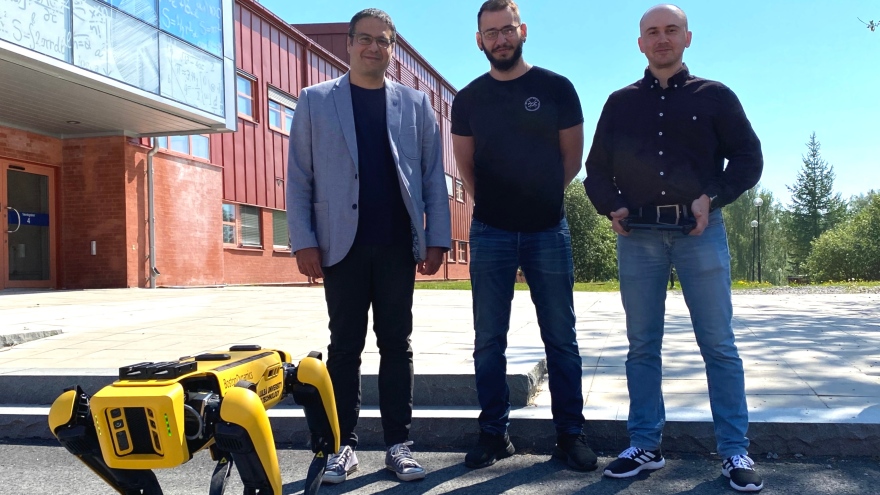 Among other things, the researchers are working to connect ground and airborne technology. 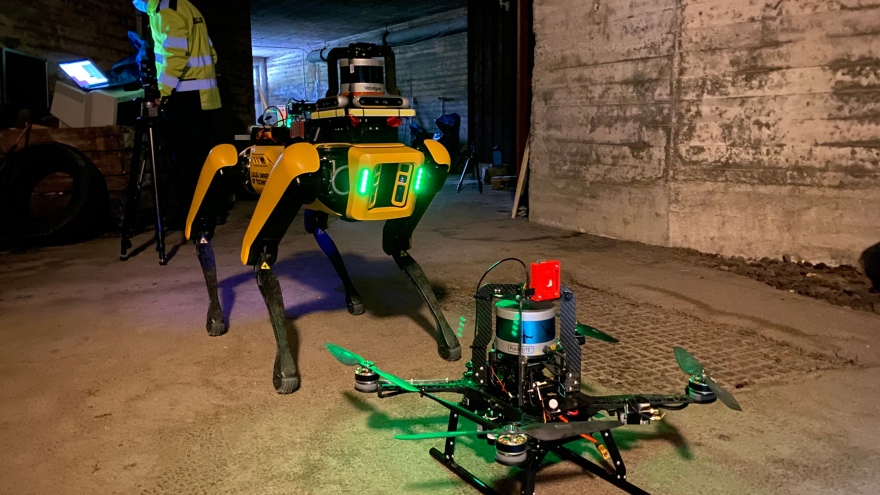 The research group in robotics and AI from Luleå University of Technology is at the forefront of the field and was the other year contacted by Nasa/Jet Propulsion Laboratory (JPL), with a request for a long-term collaboration.

Among other things, Nasa wanted to include the LTU researchers in its team Costar in the prestigious DARPA Subterranean Challenge competition. Only researchers from two universities across Europe are selected to take part in the competition, which overall goal is to develop innovative technologies for underground environments such as mines, tunnels and cave systems.

In September, the final will take place in a limestone mine in Kentucky, USA. Costar has previously won a competition and come second in one.
– We have good chances, but it is a fantastic experience just to collaborate with Nasa/JPL. We learn enormously as we together develop technology and robots that work completely autonomously, says George Nikolakopoulos and adds:
– The competition is also a good opportunity to show our advanced technology and how far ahead we are at Luleå University of Technology.

"In space within a decade"

His research group is one of the first in the world to demonstrate AI-based navigation of autonomous drones in mines, which can be directly transferred to airborne exploration of planets. Within ten years, George Nikolakopoulos believes it is possible to send robots similar to Spot to Mars. The autonomous technology – and the fact that it is possible to equip the robot dog with a thermal camera, mini-drone and other gear – opens up for the investigation of caves and voids. That is the type of environments where it's considered to be most likely to find traces of life on the red planet.

An important purpose with the research and development of advanced autonomous drones and robots is to increase safety for humans.
– The technology is ideal for emergency situations or search and rescue operations, where the areas you want to inspect are forbidden or very dangerous for humans. Typical examples are natural disasters, subway accidents, caving systems, contaminated areas and mines.
– The technology already exists but is not commercialized yet, but I do not think it is more than a couple of years away before it is used to a greater extent on earth.

Since April, the robotic team has been expanded with the robot Spot, from Boston Dynamics. George Nikolakopoulos describes it as one of the most advanced legged robots on the market.
– Not many universities in Europe have access to this type of robot. We develop and add our own software, as an additional autonomy level to Spot, which is a very important complement to the technology we already have. We now have full equipment at the University to be able to develop autonomous missions for different terrains and environments.

A large part of the work takes place in an old rock shelter just five minutes away from the university area in Luleå. In the several hundred meter long tunnels, deep under walking paths in a forest, the researchers program, test and refine the autonomous technology.
– It is extremely difficult to program for completely unknown environments. Finding ways so that a robot does not fall down a cliff, walk into rocks etcetera. That we can test this in an underground environment where it is dark, cold and big is a huge advantage. The rock shelter is our field laboratory.

For planetary exploration, the charging of a robot's or drone's batteries is one of many major challenges that scientists have to deal with.
– The alternatives are solar panels, or methods where you take advantage of the large temperature differences on Mars. We are constantly pushing ourselves to find solutions to challenges we face, says George Nikolakopoulos.

Hear more about how the researchers develop autonomous technology

This video has been blocked due to your cookie settings.
Accept marketing cookies or watch the video on Youtube.
Robotics and AI at Luleå University of Technology 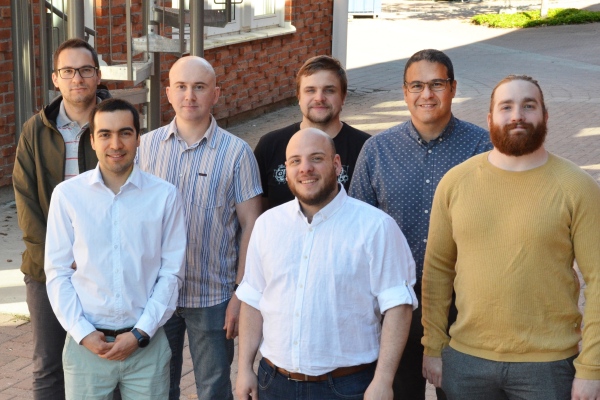 “We have won the biggest worldwide competition in Robotics and AI”

2020-09-21 The Robotics and AI research group continues its successful journey in NASA/JPL’s team CoSTAR in the Subterranean Challenge, the biggest robotics competition in the world. The team won the second circ...