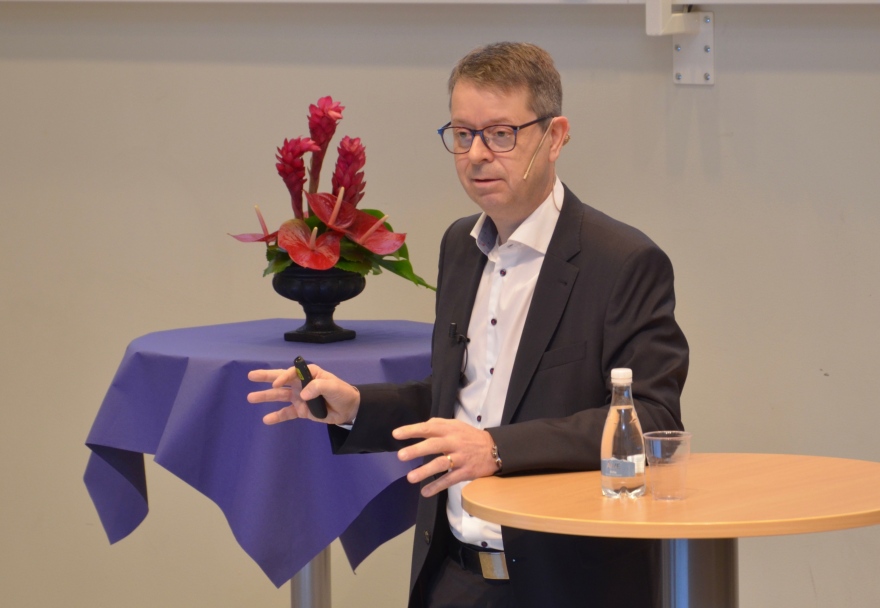 Pär Lärkeryd is CEO of Timber, with 17,000 members. He was previously CEO of the engineering company Indexator and is known for his commitment to gender equality  work and for a sustainable development of the forest industry.
In the 1980s, he studied Mechanical Engineering at Luleå University of Technology – where he now has been named Honorary Doctor of Technology.

During a lecture at the University, he shared his thoughts on how companies and other actors can avoid seeing themselves as victims of external circumstances, but instead actively participating in inventing the future.

He listed revolutionary upheavals over the past two centuries, like how Henry Ford changed the entire industry when standardizing car manufacturing, how Ikea, with its flat furniture packages, streamlined logistics and how mobile phones have gone from being tools for calling and sending messages to becoming social networks.

– Knowledge and power are required to implement change, Pär Lärkeryd said, exemplifying how Norra Timber managed to reach new forest owners – many of them women – by broadening the norm, finding new ways of working and daring to move away from the exclusionary "forest lingo".

He highlighted close collaboration with Luleå University of Technology and researchers such as Lena Abrahamsson and Malin Lindberg as a strong contributing factor to the award-winning equality work at Norra Timber and Indexator.

In his speech, Pär Lärkeryd also emphasized the collaboration with the university's wood researchers to develop the world's most modern saw line, which can be found at Norra Timber's sawmill in Sävar. Thanks to a state-of-the-art computer tomography (CT), it is possible to scan logs at a speed of 180 meters per hour.
– We are the first in the world to do this.

The next big paradigm shift, Pär Lärkeryd believes will be "the fight for the good company".
- Companies must be able to show that they care about climate, nature and people and that they have a long-term perspective and sustainability in their business.

Recording of the lecture 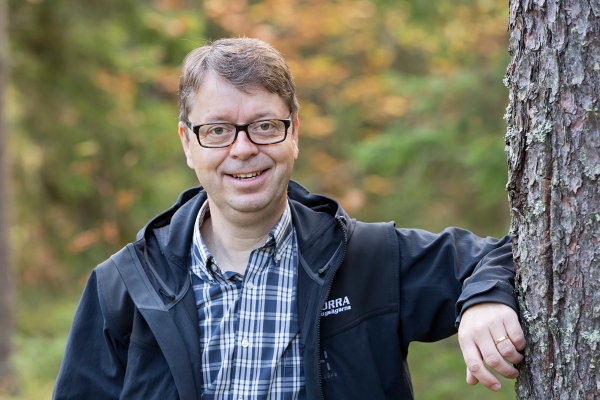 2019-10-14 Norra Timber's CEO Pär Lärkeryd wants to be part of inventing the future. Through close collaboration with universities and a strong commitment to gender equality and forest issues, he finds construct...